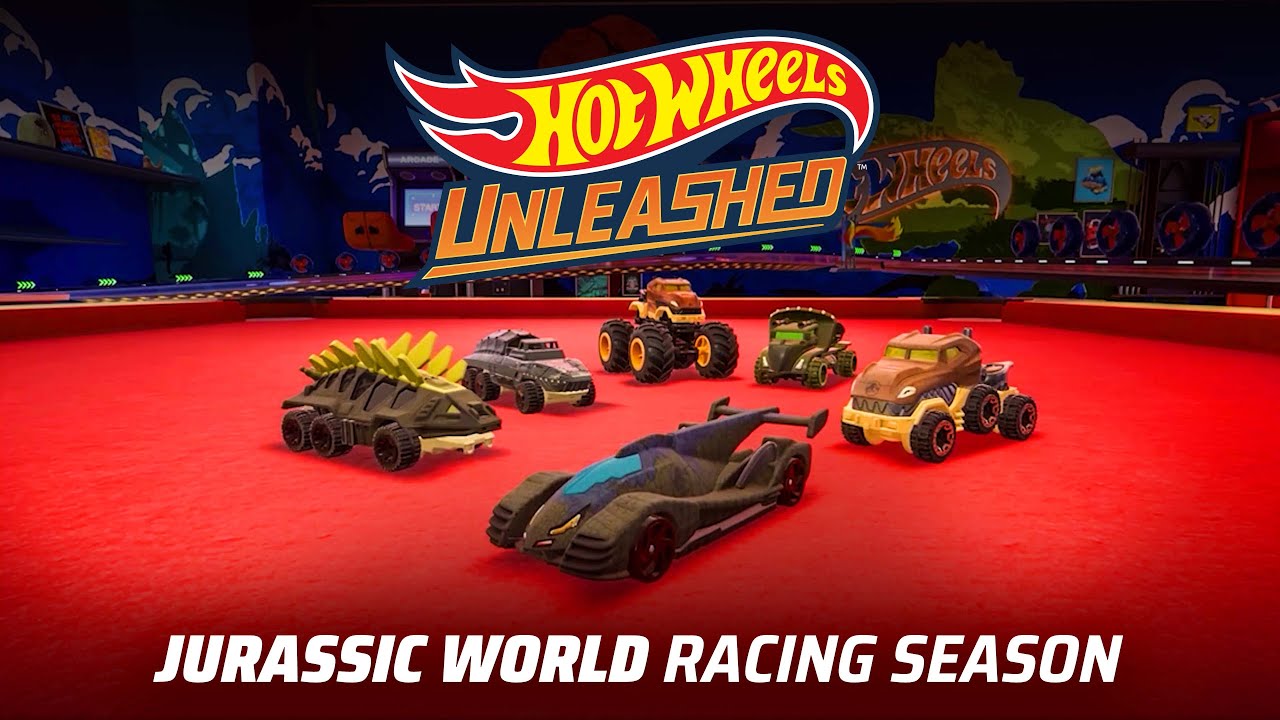 Milestone has announced the latest season for Hot Wheels Unleashed, themed around Jurassic World and it begins today.

This new season will feature free and premium content that can be unlocked by completing in-game challenges. Players will be able to earn themed customisation for their basement and player profiles, as well as gear and coins. Best of all though, there are six new Jurassic World-themed cars that can be earned, including the Tyrannosaurus Rex, Velociraptor Blue, Stegosaurus, Mosasaurus and Triceratops cars and, last but not least, the Tyrannosaurus Rex Monster Truck.

The Jurassic World season begins today on PS5, PS4, Xbox Series X|S, Xbox One, Switch and PC and will run until August 30.

Hot Wheels Unleashed is a fast-paced racing game brimming with nostalgic excitement, so if you haven’t played it yet, this might be a good time to jump in (we gave it a 7.5).

Have you played Hot Wheels Unleashed? Will you be snapping up this Jurassic World content? Let us know in the comments or on our social media.