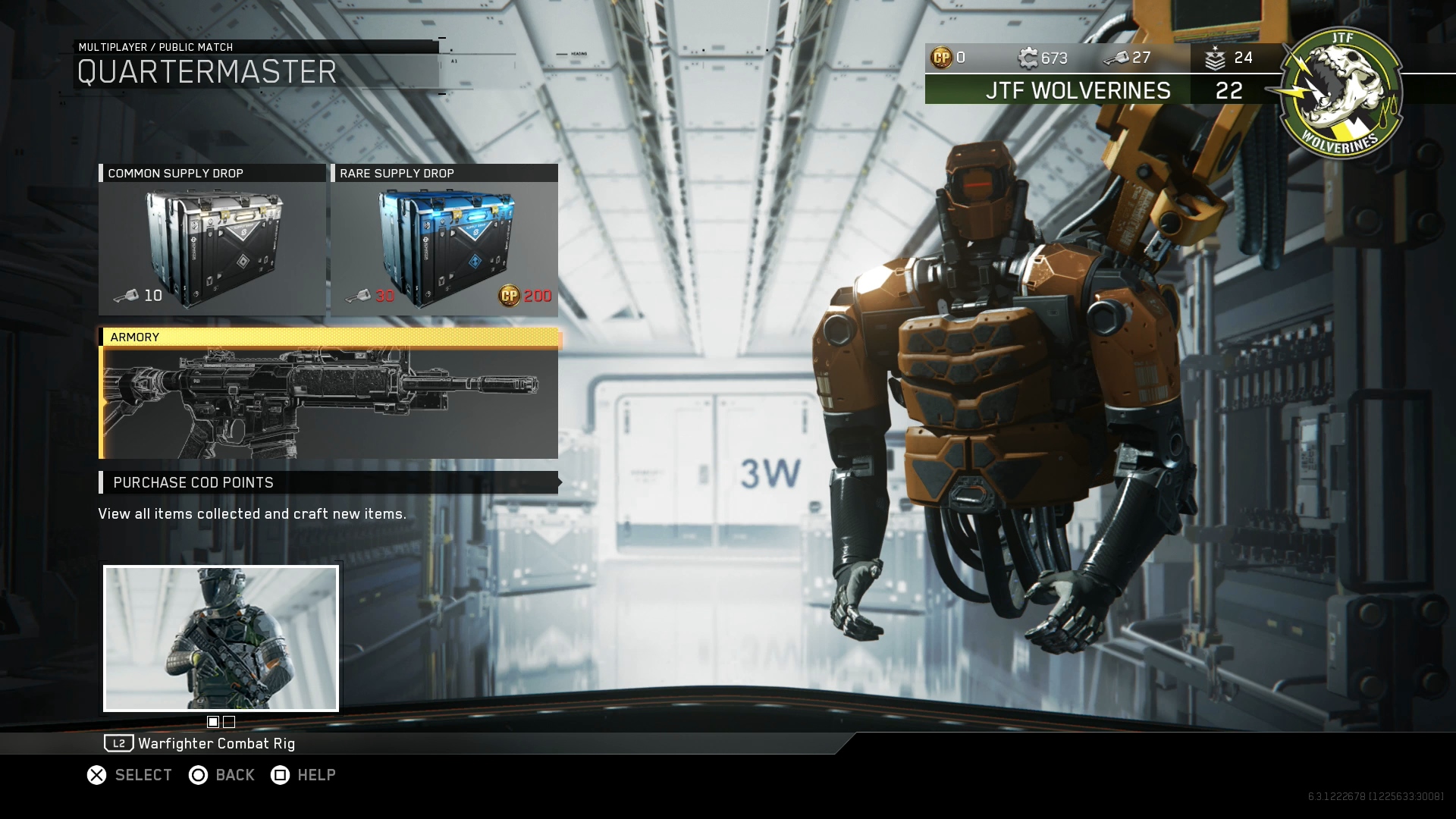 In a move that will probably surprise absolutely no one, an update is now live that allows player to purchase COD Points. These COD Points allow you to purchase Supply Drops that contain items such as weapon skins and Calling Cards, but most importantly it also can grant powerful weapon variants. Advanced Warfare had a similar system, but unlike that game the weapon variants in IW only add boons to the weapon without trade-off for other weapon stats. In essence that means you can simply buy your way to the best weapons (the Legendary and Epic variants are particularly sought after due to their unique and powerful bonuses). This flirtation with pay-to-win in AAA games is abhorrent at best, what do you think?

The Epic variant NV4 Flatline features infinite damage range. You could be on the Moon and this thing will drop you
In this article:infinite warfare, microtransactions, pay to win, stahp