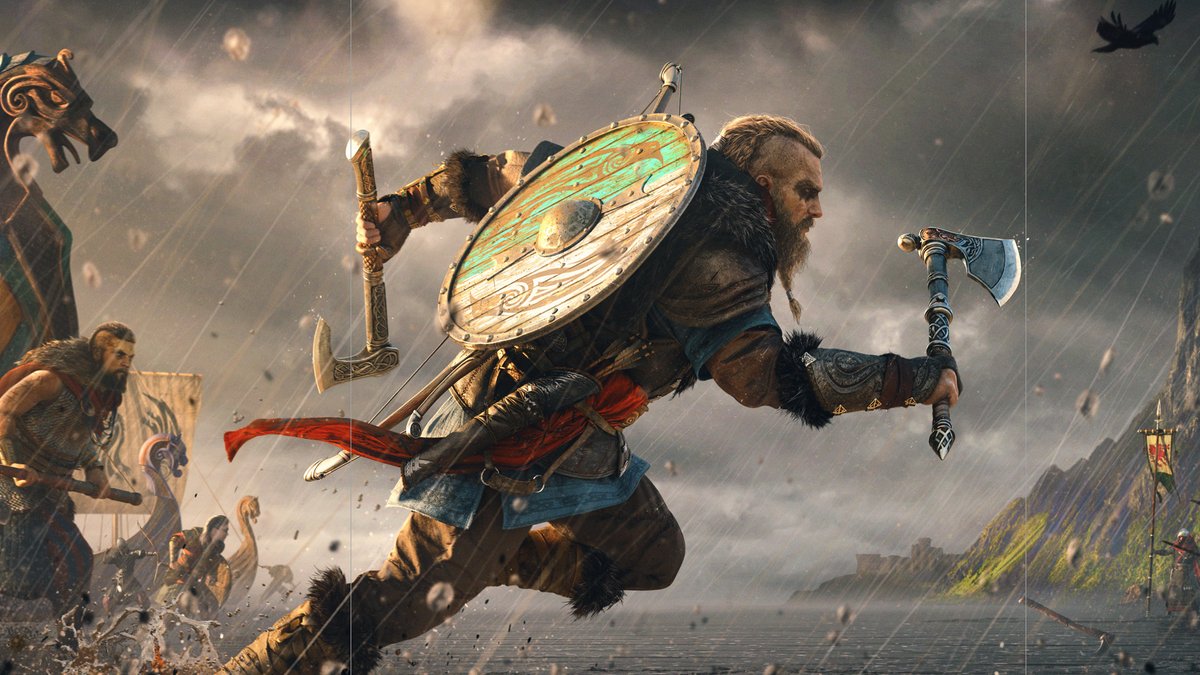 Going into Valhalla I was dubious due to having franchise burnout with Assassin’s Creed. The formula just wasn’t grabbing me anymore, even after it took a turn into the RPG side of things. To my surprise, I loved almost everything about Valhalla from the offset. From its crisp visuals and great narrative pacing to its savage combat and truly excellent exploration, Valhalla not only exceeded my expectations, but it became one of my favourite games of 2020 (I gave it a 9).

One aspect that I didn’t touch was the in-game store. Spending real-world money on Helix Credits to purchase mounts, weapons and ship decals just didn’t interest me in the slightest, especially when it’s part of a full-priced singleplayer game. It’s not that I found them offensive, they were optional after all and didn’t really have any consequence, I just don’t vibe with that kind of monetisation in singleplayer outings.

Well, there’s been an addition to Valhalla’s store that might be a little more egregious. Popping up without any notice, you can now purchase permanent XP and Silver boosts that will allow you to level up and earn money faster in-game. You can earn 50% more XP or Silver by spending 1000 Helix Credits which equates to around AU$15 or you can buy the Permanent Boost Pack for 1500 Helix Credits which includes a boost to both XP and Silver. Due to how the Helix Credit packs are sold you would need to purchase the Medium Pack (2300 Helix Credits) for AU$29.95 if you wanted to nab the pack that includes both boosts.

GameInformer reached out to Ubisoft for a statement regarding this inclusion, and this was the response that was given:

“As more and more post-launch content becomes available, we want to give the option to players to advance their progression. Utilities allow players who lack the time to fully explore the world of Assassin’s Creed Valhalla to be able to acquire the game’s best gear, as well as other items, by accelerating their progress. For instance, these players can purchase maps that uncover some interesting locations in the world, but would still have to visit and play them to get their rewards.”

This isn’t the first time that an Assassin’s Creed title has included such boosts, with Odyssey having very similar purchases available, but it’s a bit sneaky for them to be added post-launch to Valhalla. At the end of the day, these packs aren’t necessary, as the game’s pacing does away with the need for grinding, but they are an option now for better or worse.

Are you playing Assassin’s Creed Valhalla? What do you think about these boots being added to the store? Let us know.