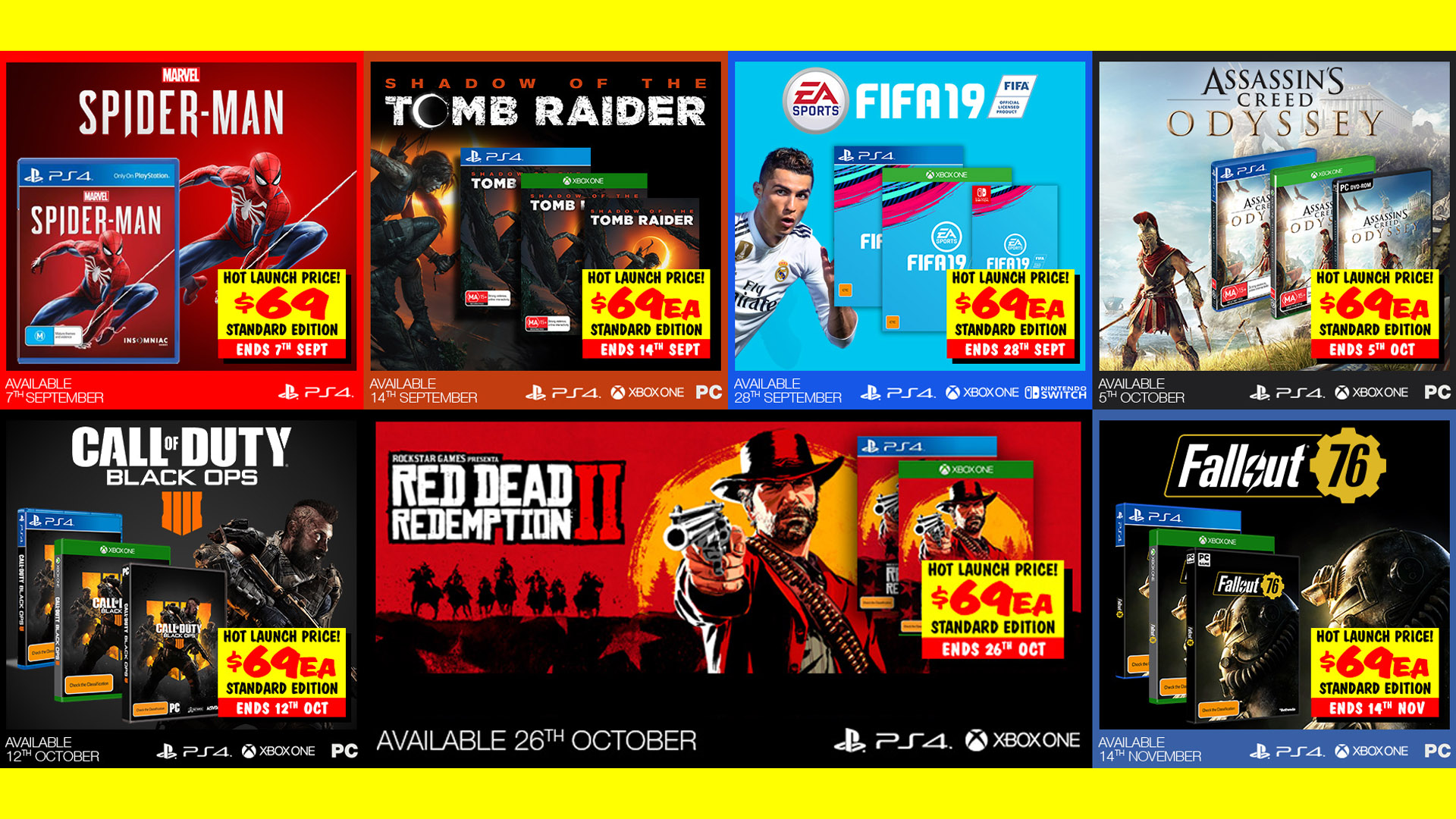 John Barbuto was onto a good thing when he established the first-ever JB Hi-Fi store in East Keilor, Victoria in 1974. 44 years later, good ol’ JB has become of the most popular destinations for when gamers are looking to satisfy their cravings. And no, I am not talking about Mountain Dew and Doritos. I am talking about a gamer’s other favourite past-time: pre-ordering upcoming games. I mean let’s be honest here, we all love a cheeky pre-order from time to time. Whether there’s a game with a neat pre-order bonus (such as Vampyr’s vinyl soundtrack) or your money is burning a hole in your pocket, we all have our reasons for parting with money for something before it’s released.

Well now JB has given you another reason to do so: cheap pre-order and launch day prices for some of the year’s hottest games.

From henceforth it appears that all big name releases will be available from JB for $69 up until (and including) launch day. Not bad if you ask me, especially given some of the titles yet to come include Red Dead Redemption 2, Spider-Man, Call of Duty: Black Ops 4 and Call of Cthulhu…wait no that’s still $89 (damn you JB!). Once the clock strikes midnight the day after release day the price will increase, except for Call of Cthulhu, which will still be $89.

Here’s a list of the games currently available for pre-order at $69:

So time to crack open that piggy bank and treat yourself to a pre-order, or three.

In this article:$10 deposit, get around it, JB Hi-Fi, lovett-murray, pre-order, yeah boi