31 years after the original and 13 years after the series’ reimagining and standalone expansions, King’s Bounty II is almost here – a hybrid of fantasy RPG world exploration and questing with turned-based tactical battles reminiscent of Heroes of Might & Magic sprinkled along the way. As somebody who enjoyed a handful of hours with King’s Bounty: The Legend back in high school after losing my tactical virginity to Final Fantasy Tactics Advance and Advance Wars, the series was an amusing alternative to HoMM that I could sneak past my overly zealous Christian parents who balked at the mention of ‘magic’ in a title.

The game begins with a character select screen, with three premade archetypal roles to choose from: warrior, mage, and paladin. I opted for the mage as a paternal “fuck you, I’m an adult now”, and I’m so glad I did. There is nothing here to satiate the creative character builders aside from a skill tree appropriately diverse for the role chosen. Plenty of magic progression routes open to me in the skill tree, so that I can learn from different schools of magic for different damage, debuff/buff and elemental effects. These are fully voice acted characters that come defined out of the box, and the female mage character has especially atrocious voice acting and writing that goes straight into comedic territory and I ate it up, but more on that shortly. They carry our story, or at least ferry us through its events, but do not expect deep RPG narrative branching aside from some quests being mutually exclusive from others based on which NPC you side with within certain conflicts.

We begin in a prison cell in the snowy Fort Crusis in the Kingdom of Nostria. Our prison keepers tell us that the prince of the region has requested we be released, armed, and sent with a garrison to go fight evil on his behalf or some such nonsense I couldn’t pick from the writing. Characters just spout monologues at one another, and it’s difficult to pick up the greater context of what is being talked about as the tonal flux is immense. We’re then given some gold and a horse and off we go, all within 10 minutes. This all happens with a few half-arsed grunts and confused shrugs from the NPCs, who all seem to deliver earnest voice lines to our protagonist that only has two modes: aggressively sarcastic or sardonic. Never the straight talker. This will send fans of serious RPG writing spinning and has no nuance of the comedy flourishes that Bioware or CDPR have demonstrated. This might sound negative, but I expect series’ fans will weather the rough edges with a grin, as I did – this is a cult series after all.

Your horse, a road, an NPC with a quest. Welcome to King’s Bounty.

The snowy region of the game’s opening is immediately traversable on horseback, with NPC quest givers to hail you down and glowing lootables hidden in most nooks. Leaving Fort Crusis with some generic militia that fulfils my melee, archer, and healer entourage, plus some war dogs, we set forth. It was immediately impressive to ride out the gate of the fort and onto snowed-in roads leading off into the impressive distance. A couple of quest markers guide our way, and I was immediately a little let down to realise I was largely restricted to the pathing laid out on the map. You won’t be able to explore off into the wilderness, as invisible and chest-high walls will keep you within the limits of roads and towns. This would be expected for those that have played the older, isometric King’s Bounty games. However, the caveat is that this game’s RPG traversal looks like the recent greats, with a tidy third-person camera that gives a grand view of our surroundings, but it only feels serviceable with a controller in hand. Moving the character is sluggish and stiff, but again, easily dismissible if appreciated within its scope and budget.

With the main quest being a vague call to head to a location and find out more, side quests are the more immediate distraction that will quickly lure you from the critical path. The first side quest players will likely come across is just outside Fort Crusis and involves a dispute between some dwarves and humans. They make it clear that if you, for whatever reason, decide to side with a faction, you will be assisting them to slaughter the other. The reward: you can recruit more fighting forces from the aligned faction. This is neat, and side quests encountered going forwards often reward with gear, money, and new factions and units to recruit from NPCs.

Humans are boring. Recruit dwarves as a bare minimum for fun results.

This brings me to my true personal bugbear of the preview – the combat. It is early days, and I can’t glean much of an opinion from what has been introduced in this preview, but the combat seems thin to start with. There is barely even a tutorial, not that one is needed, as it is so simple and streamlined that most should be able to play it without much preamble. The game will throw up glowing walls around a combat area, usually blocking off one of the roads you can travel. The player then lines up their units’ starting positions on a small map with perhaps a few terrain obstacles. With each character only having one ability at this point, there’s little tactical depth beyond flinging your units at the enemy, as they have no choice but to do the same. There are no terrain advantages, swords beat axes, or any kind of tactical considerations to speak of beyond a boulder blocking a ranged unit’s line of sight.

Not a lot of room for activities

Considering the challenge and reward of King’s Bounty has primarily been its tactical combat, it is concerning to see it so barebones in the early hours of the sequel. Paired with the ambitious but hokey voice acting and seemingly throwaway plot, this game may be a hard sell for returning fans. I’m not yet sure who this game is for, but there’s no denying that I found the experience painless, but perhaps not enticing.

If cheesy fantasy role-playing tactics titles or even Heroes of Might & Magic cousins are your speed, then keep a watch for King’s Bounty II coming to PS4, Xbox One, Nintendo Switch and PC on August 24. If you’re looking for some bounty to add to your shelf, check out the King Collector’s Edition. 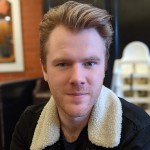