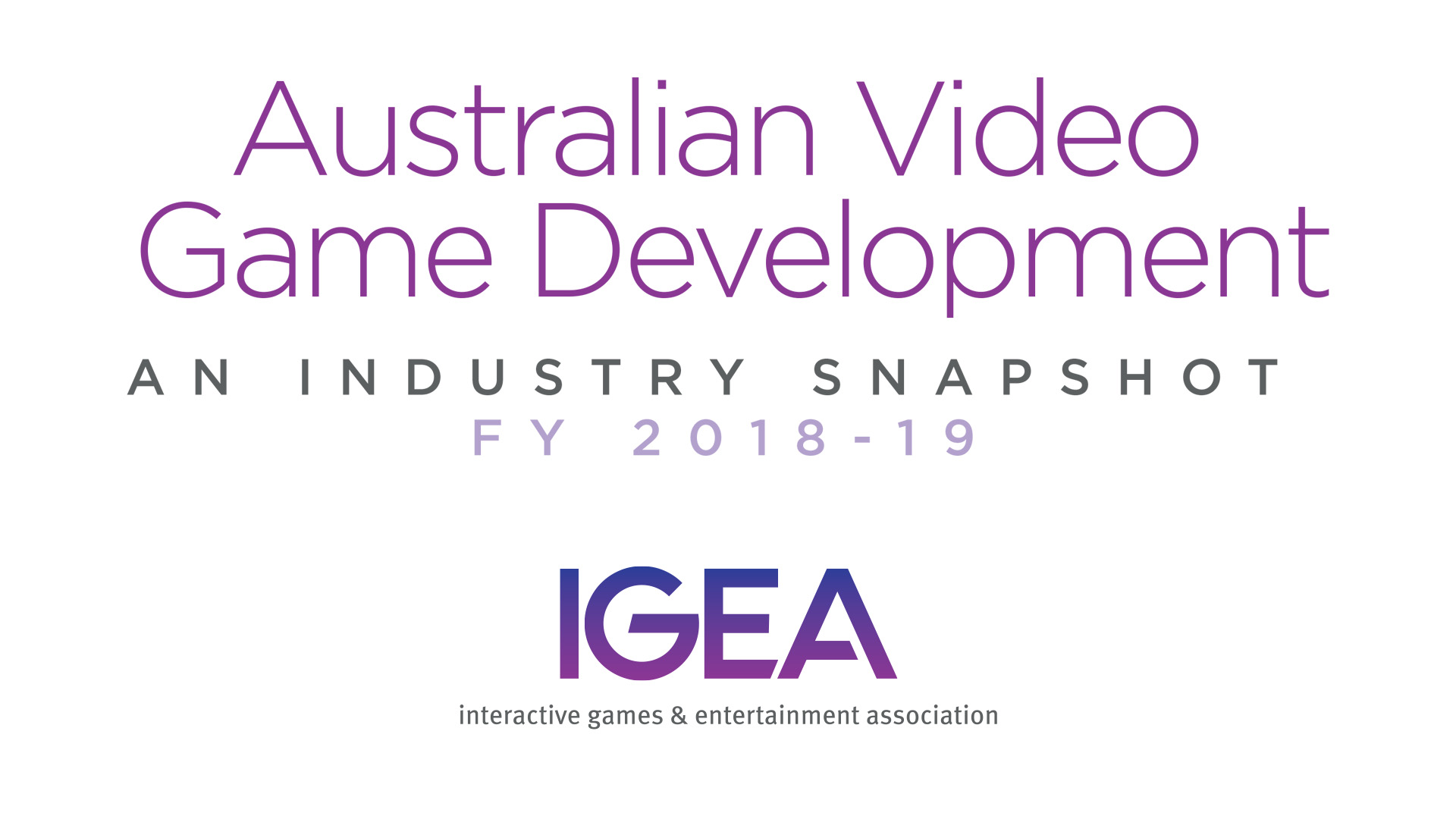 Australia and New Zeland’s Interactive Games & Entertainment Association (IGEA) has released the findings from its latest research into the Australian game development industry, showing that since 2017 the number of full-time game devs has risen by 37%, the amount of money generated has risen by 21% (with 83% of money generated coming from overseas), and that 61% of studios in Australia focus on their own IP.

Speaking about the findings, IGEA CEO Ron Curry says that despite the challenges that the Australian game development industry faces when it comes to gaining support, more so than any other advanced economy in the world, the survey is a clear indication that the industry is continuing to grow.

Games are not only important for their contribution to the nation’s economy and screen sector, they are also interwoven into the fabric of Australian culture, with two-thirds of all Australians playing video games.

Despite this growth, the Australian video games development industry is still diminutive compared to our peers, with Canada announcing this month that its games industry employed 48,000 workers and generated AU$4 billion, which is more than 20 times larger than our sector.

The main findings from the report were:

Check out the below infographics for more information. 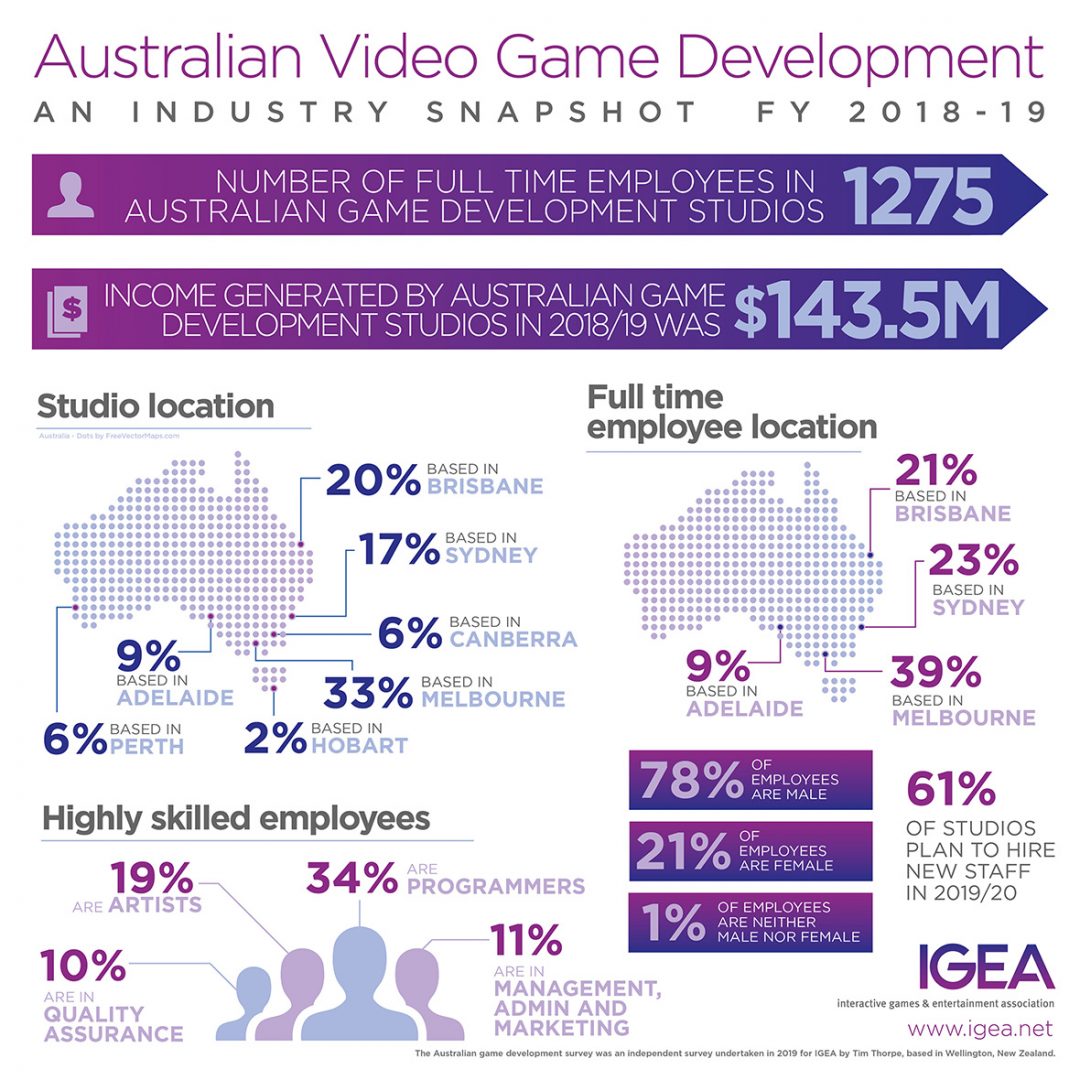 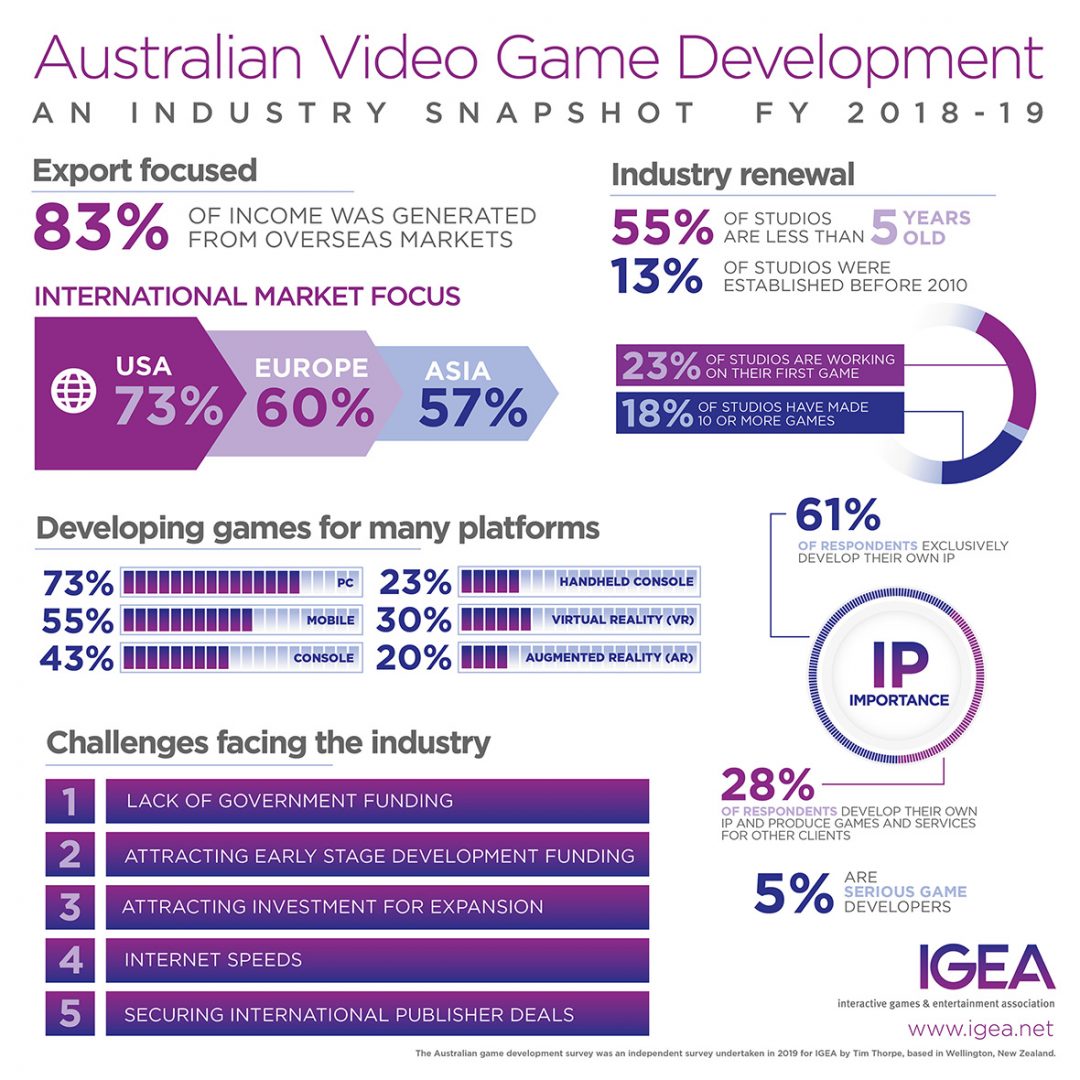 It’s great to see the Australian game dev industry continuing to grow. We have some amazing talent on our shores, and with some promising games launching in 2020 we really hope the government realises they need to be supporting the industry more.