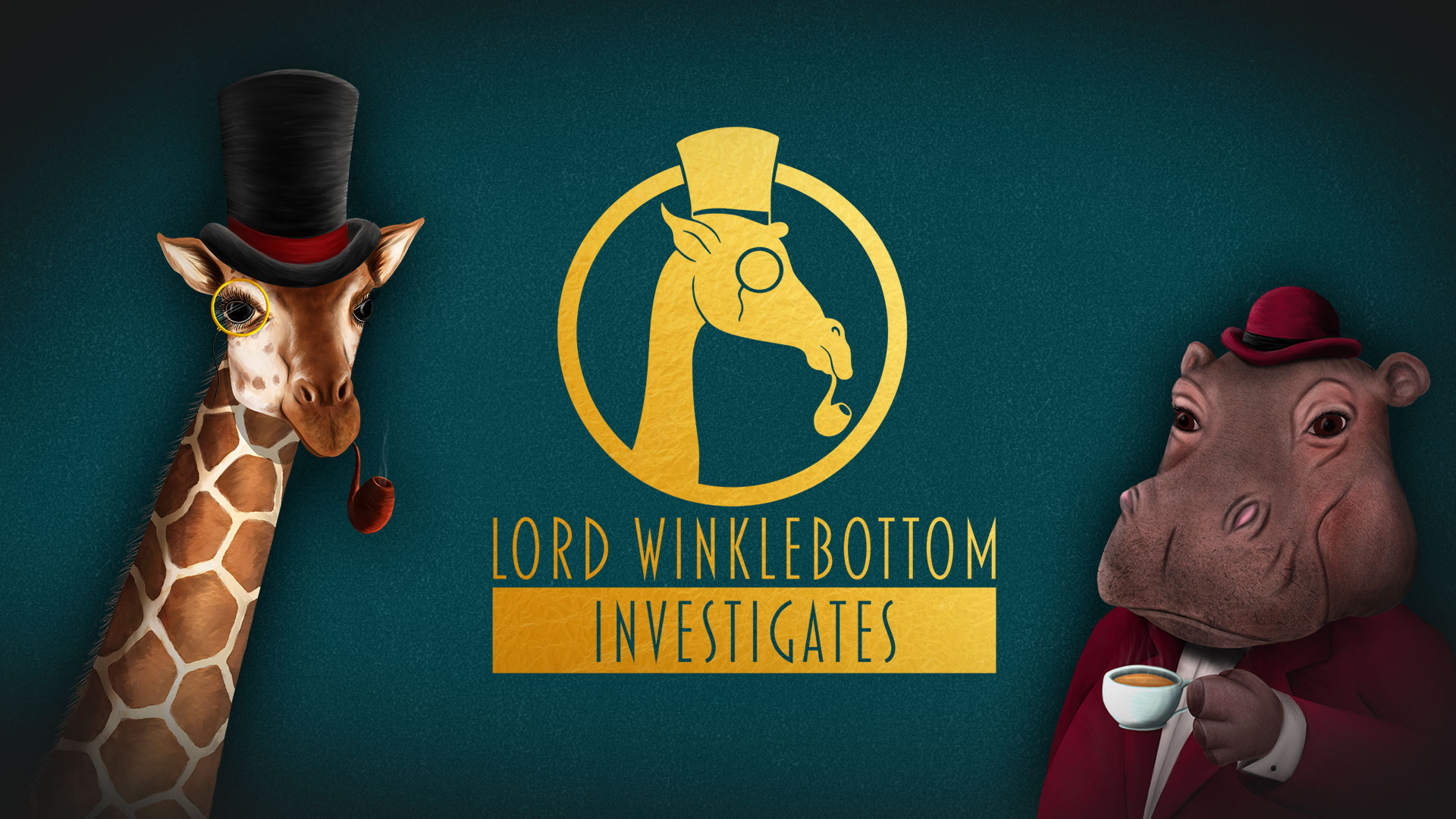 As a kid I loved the Graeme Base books, especially The Eleventh Hour, with its beautiful art, anthropomorphic universe, and mystery that the reader has to solve by analysing all the clues within the book. Lord Winklebottom Investigates is probably the closest I’ll ever get to an Eleventh Hour video game, and like Graeme Base’s book, Cave Monsters’ point-and-click adventure is inspired by the works of famed author Agatha Christie and features a cast of anthropomorphic characters, led by the titular top hat and monocle wearing giraffe detective Lord Winklebottom. But does our longneck gumshoe’s adventure deliver on its promising premise?

Set in the 1920s, Lord Winklebottom Investigates sees detective duo Lord Winklebottom and his tea-loving associate Dr Frumple (who happens to be a hippopotamus) head to a nearby island to investigate the death of a famous explorer named Aristotle Gilfrey. Prior to his death, Gilfrey invited several people to his home on the island to make an announcement, however he kicked the bucket before revealing whatever it was he assembled the group to witness. It begins a classic whodunit murder mystery, with Lord Winklebottom and Dr Frumple tasked with finding the killer.

Who ordered the calamari?

Easily the most distinct feature of Lord Winklebottom Investigates is its cast of animals, which includes but is not limited to a goat as a butler, a seal priest and a llama clairvoyant. Each character is quirky and has their own personality which comes through in the dialogue, and the writing for the most part is fantastic. I love when developers really let their imagination run wild and you can tell that was the case here.

Humour and point-and-clicks have always gone side-by-side, and in Lord Winklebottom humour is very much part of the core experience. Don’t expect to be on the floor in stitches though, because it is a very dry, very British style humour, but given the content it works perfectly. It mostly occurs during the banter between Winklebottom and Frumple, which is excellent, and whether it’s Frumple poking fun at Winklebottom’s tendency to acquire objects or just the subtle digs, it’s very reminiscent of Sherlock Holmes and Watson.

The narrative is backed by beautiful hand-painted backgrounds, which although they’re not bursting with detail are expertly done. The art style feels like it could be from a children’s book, and with point-and-clicks being such a big part of my formative gaming years, there’s just something special about games that can strike multiple nostalgia chords. Making it more impressive is the fact that it was designed by a solitary developer. Also helping sell the narrative is the game’s 1920s-inspired soundtrack and solid voice acting.

It’s a typical point-and-adventure from a gameplay sense, however unlike in some point-and-clicks where you can move the characters around, the player simply interacts with objects within each scene, choosing whether to observe or utilise them. Puzzles are fairly straightforward; I often knew what I had to do but the challenge was finding the item that would allow me to do it. Sometimes items of interest wouldn’t become interactable until certain points in the game, so a picture in a frame might just be that until it has a use. There were very few times where I find myself stuck and in these situations you can resort to Winklebottom’s notebook to consult the evidence you’ve collected or ask Dr Frumple for a clue.

The bulk of the investigation takes place inside Gilfrey’s mansion, with a little bit of island exploration involved. Given the genre’s proclivity for backtracking, the limited number of locations does become noticeable in the latter stages of the game – I would have loved for there to be a few more to keep things a little fresh as the game wore on.

Rolling credits took me a little over six hours and although the story has a fairly clever twist, the investigation aspect is a little disappointing, with players not really given the chance to make their own deductions on who the killer could be. Instead the game is telling a story and you’re simply along for the ride, which is fine, but as the core gameplay loop is centred around investigating, it feels a little at odds to be merely a passive participant.

Lord Winklebottom Investigates is a charming and enjoyable debut from Cave Monsters that doesn’t stray too far from the point-and-click blueprint. Its best assets are the things that make it stand out from other games such as its animal cast, clever and witty writing, and gorgeous art style, but it’s unfortunately undone by some minor gameplay drawbacks. 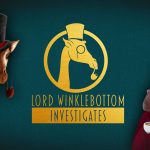 Lord Winklebottom Investigates Review
Good Job Old Chap
Lord Winklebottom Investigates is a fun, gorgeous and often funny point-and-click adventure that is a solid addition to the genre’s library.
The Good
Anthropomorphic cast is excellently conceived
Gorgeous hand-painted backdrops feel like they're straight out of a children's book
Dry humour that suits the narrative thanks to good writing
Story has a clever twist
The Bad
Could have used a couple more locations to explore
Lack of agency in solving the mystery
7.5
Good

Lord Winklebottom Investigates Review
Good Job Old Chap
Lord Winklebottom Investigates is a fun, gorgeous and often funny point-and-click adventure that is a solid addition to the genre’s library.
The Good
Anthropomorphic cast is excellently conceived
Gorgeous hand-painted backdrops feel like they're straight out of a children's book
Dry humour that suits the narrative thanks to good writing
Story has a clever twist
The Bad
Could have used a couple more locations to explore
Lack of agency in solving the mystery
7.5
Good
In this article:cave monsters, lord winklebottom investigates, point and click, Sherlock Holmes