It seems like February 2020 is going to be a solid month for PlayStation, with the likes of The Last of Us Part II releasing on the 21st and now PSVR exclusive Marvel’s Iron Man VR finally ironing out a release date: February 28, 2020.

The news comes via PlayStation’s official Twitter account, as well as fresh new listings on the PlayStation Store for the game in two different flavours: 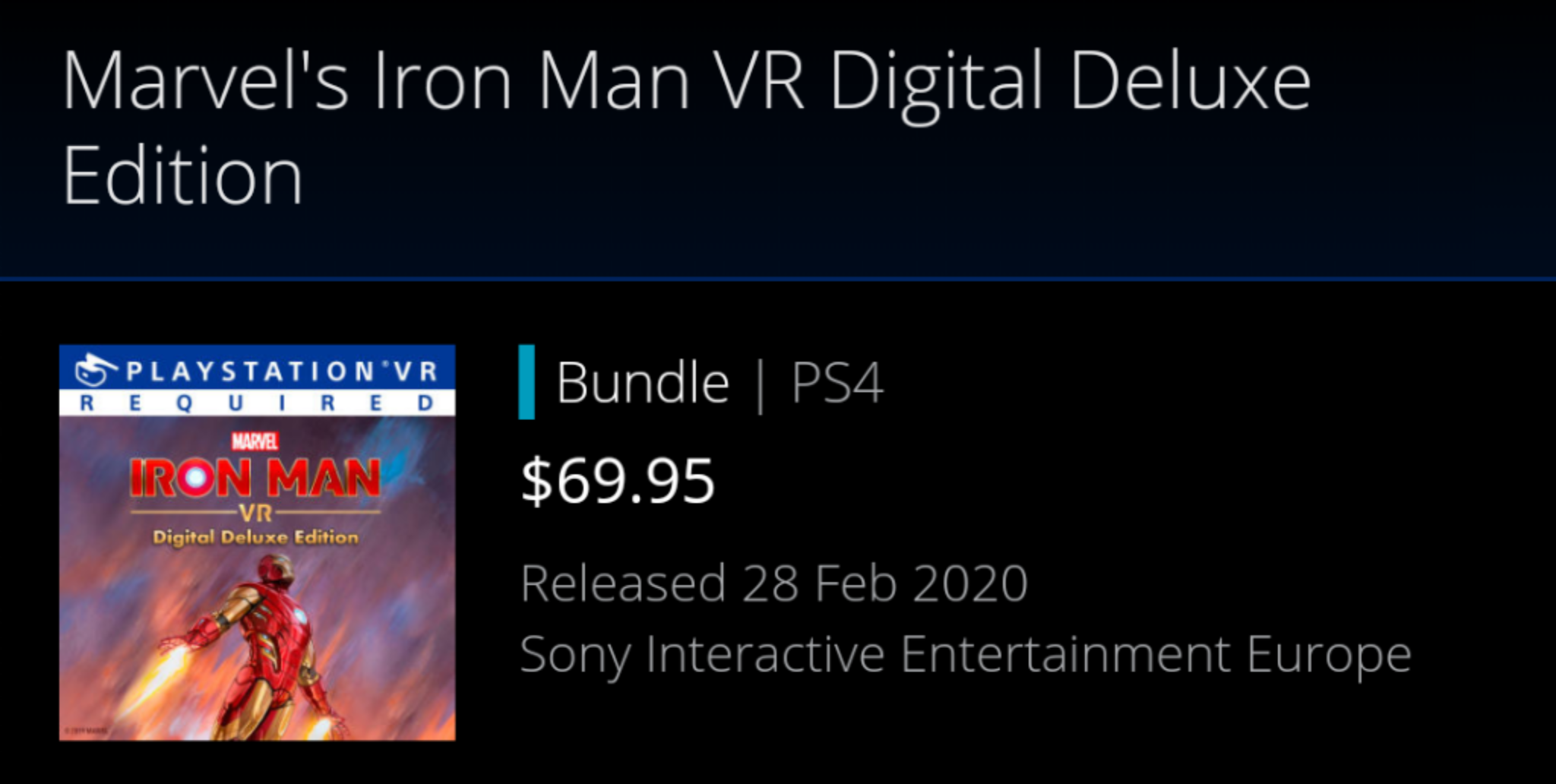 The Deluxe Edition of the game includes:

Digital preorders of either version also come with a month free Marvel Unlimited as well as a custom PS4 theme and four exclusive armours.

Xbox Game Pass Is Probably Coming To The Switch
February 23, 2019