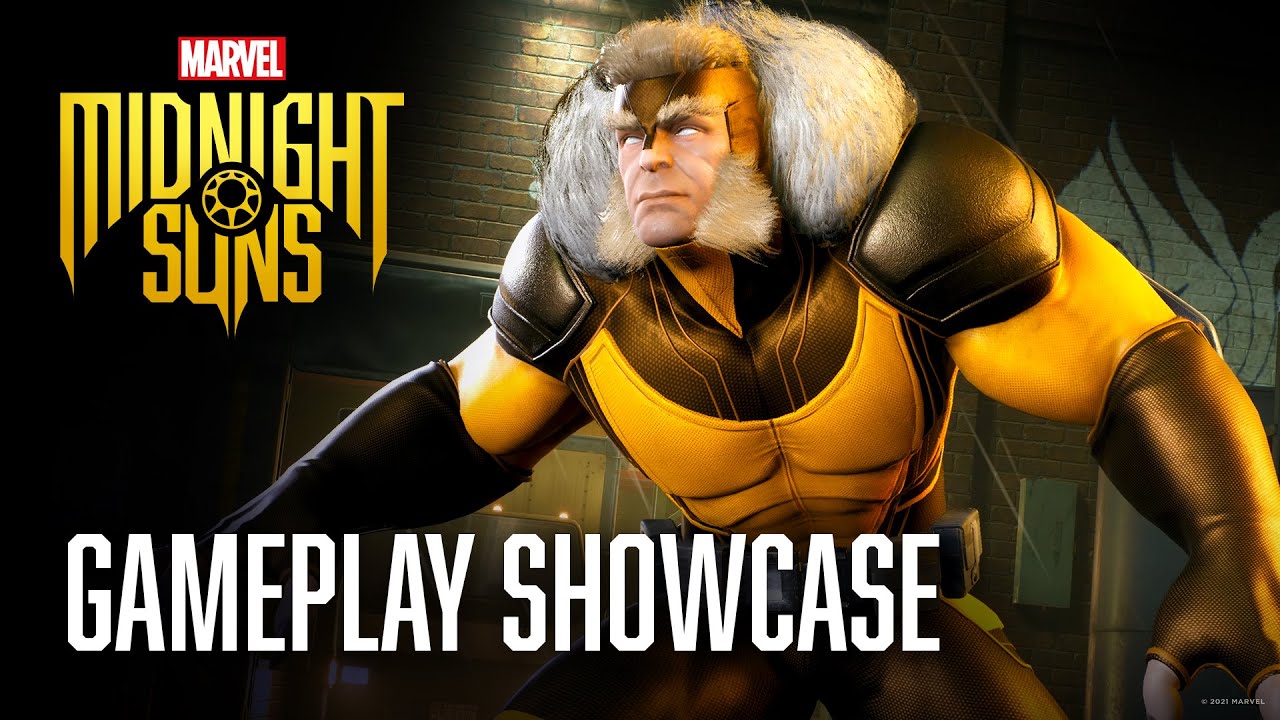 Following on from the game’s announcement at Gamescom 2021 Opening Night Live, a gameplay livetsream for Marvel’s Midnight Suns has given us our first, in-depth look at the game’s card-based combat.

Creative Director Jake Soloman and Franchise Producer Garth Deangelis from developer Firaxis Games narrate over the 20-minute look at Midnight Suns, as the new character The Hunter and Wolverine take on Sabretooth, a beloved villain and boss in the game.

Kicking off at The Abbey, a new location and the base for the titular Midnight Suns group, the player-controlled Hunter then jumps through a portal with her squad to get into the action. First taking on a few grunts with Blade and Doctor Strange, we get to see the card system in motion.

Dealt to you at the start of an encounter, the cards act as your character’s abilities and attacks. Each round you’ll have a limited number of cards that you can play, with each played card adding to a metre called Heroism points. Gathering enough Heroism will allow you to use stronger, more devastating cards in battle, like Doctor Strange’s Axe of Angarruumus that’s shown in this encounter.

Getting into the Sabretooth fight, we get to see the strategy come into play. The player has a number of movement points to use per turn in order to get into position for an attack or to take cover. Interestingly, there’s a lot of environmental interactivity on display. Attacks will destroy parts of the environment, doing damage and changing the battlefield, which will no doubt require you to switch up strategies mid-combat.

Following on from the look at combat, we head back to The Abbey to show off some of the game’s more RPG elements, including social interactions with other characters and customising your team and The Abbey itself. Your dialogue choices when chatting with other characters will have effects on the game’s overarching story which is very cool to see. Oh, and you have a hell hound named Charlie, so it’ll be GOTY.

There’s a lot to like in this deep-dive, so you should give it a watch for yourself:

Are you excited by Marvel’s Midnight Suns? What Marvel characters are you hoping to see in the game? Let us know in the comments or on our social media.