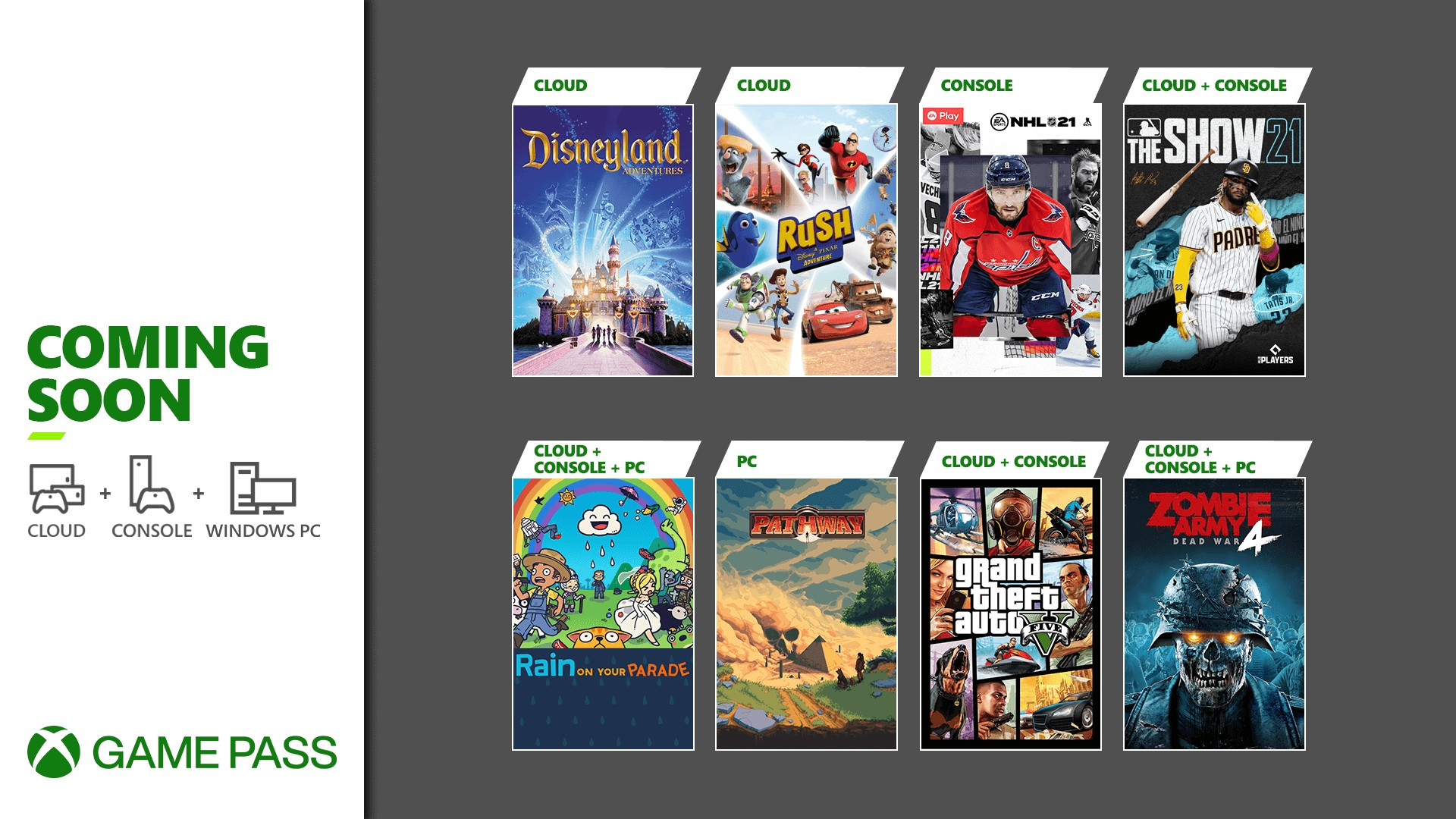 So you wouldn’t think that GTA V being added to Game Pass in the year 2021 would be a big deal, but you would be wrong. Despite releasing all the way back in 2013, GTA V is still one of the most popular games around, so its inclusion in this month’s Game Pass update is huge. It’s not the only new addition though, so let’s take a look at what Game Pass subscribers have to look forward to this month.

With this wave of new titles on their way, we also have a list of games that’ll be leaving the service this month. If you haven’t played these games already I would suggest that you get started now before they disappear from Game Pass.

GTA V hitting Game Pass is obviously the big news here, but the inclusion of Zombie Army 4 is also interesting, seeing as though that’s one of the free PS Plus games for April also. It’s still strange to see that MLB The Show is going to be on Xbox as well, but it’s also a great move for fans of baseball.

What do you think of this fresh batch of games? Will you jump back into GTA V? Let us know.