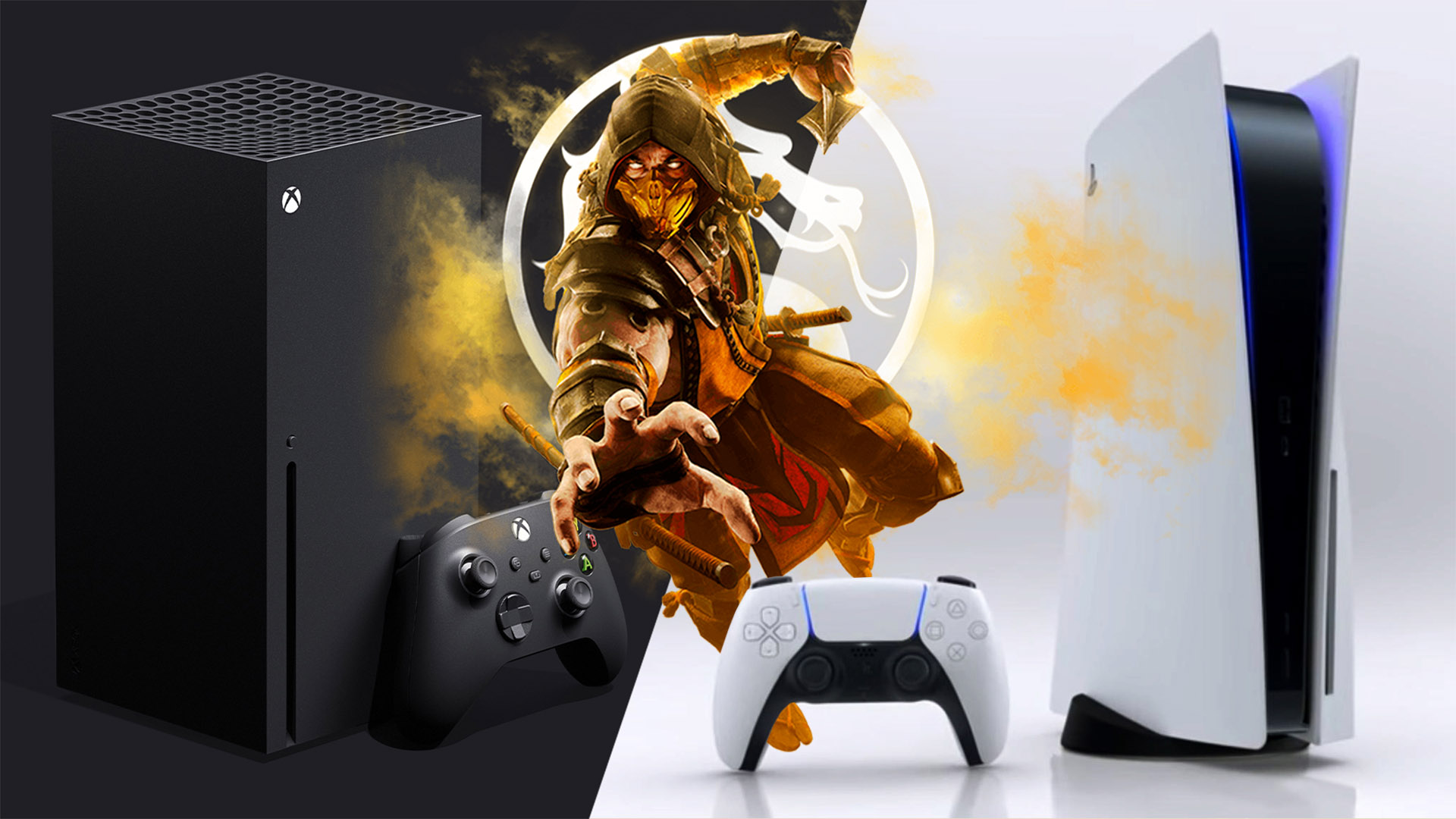 With the announcement of further Mortal Kombat 11 DLC today, we also get a title update that may indicate a ‘Komplete’ edition will round out the games lifespan.

Coming in November, Mortal Kombat 11: Ultimate contains any and all DLC released so far – showcasing the games whopping 11 added kharacters: 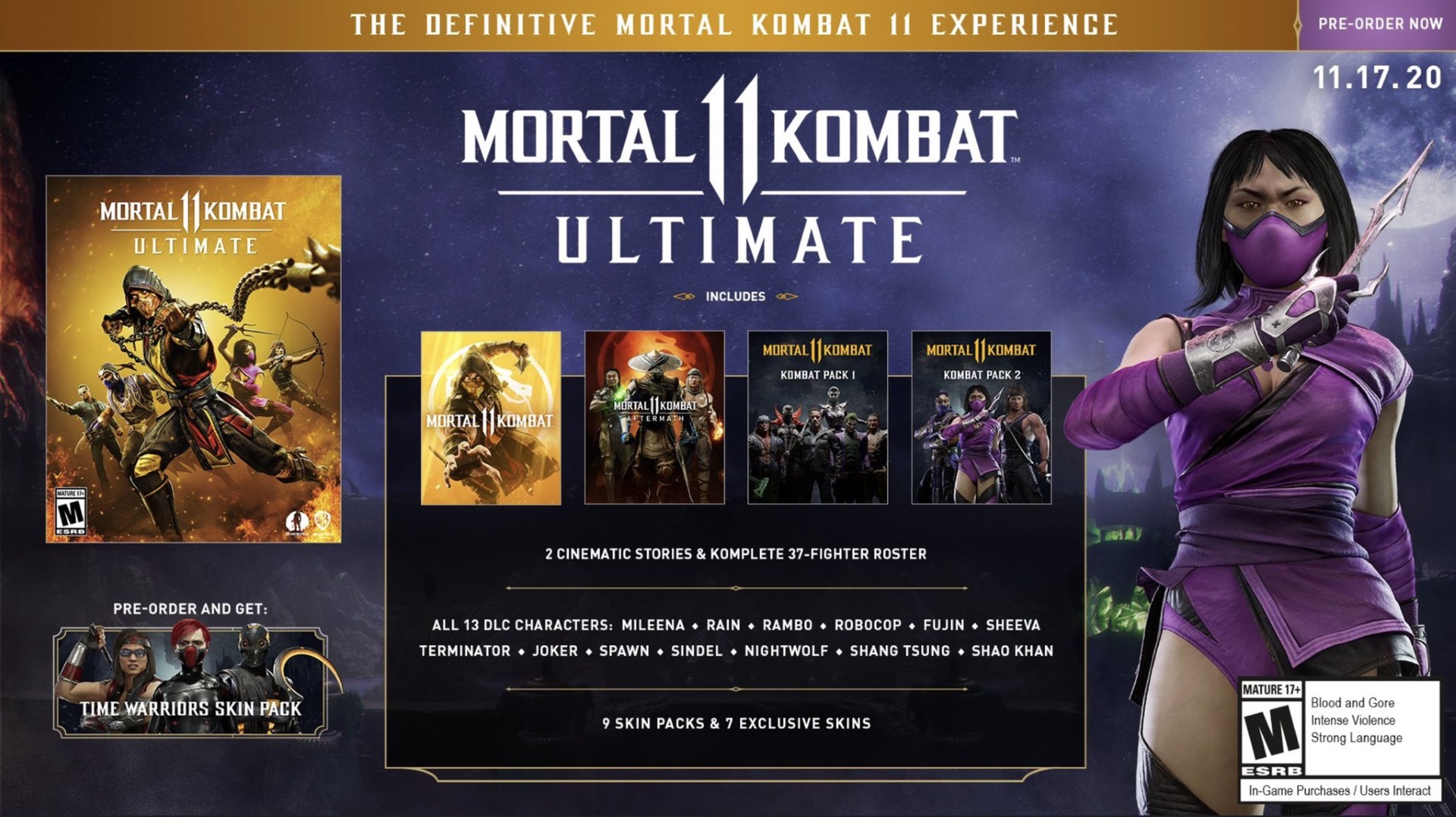 The release confirms that Mortal Kombat 11: Ultimate will release on Xbox Series and PS5, as well as PS4, Xbox One, Nintendo Switch and PC. The timing is spot on around when our new-gen consoles will be available, and the brilliant news is that NetherRealm Studios has announced that all current and new PS4 and Xbox One MK 11 players will receive a free upgrade to their respective next-gen platforms: 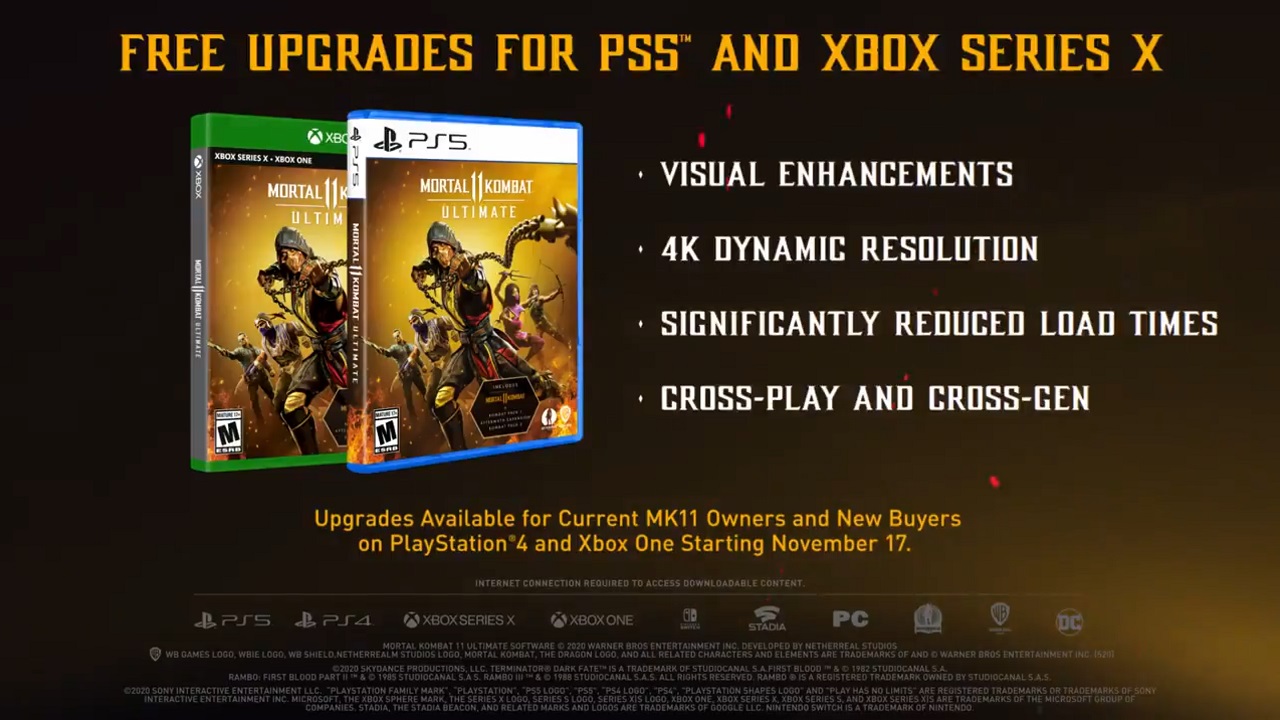 Of course the new-next-gen version of Mortal Kombat 11 will feature the usual suite of visual improvements (including 4k resolution), as well as significantly-improved load times. There is also confirmation of cross-play between current and next-gen platforms – keeping the blood-hungry playerbase healthy for a new generation of carnage.

Sitting at a time that is slowly becoming known as ‘next-gen eve’, it’s a relief to see this kind of support offered to current fans of these types of games. Backwards compatibility is less of a concern when you can get a free upgrade to a sexy new platform AND keep your current progress.

Top work NetherRealm, you just made my November even more exciting.