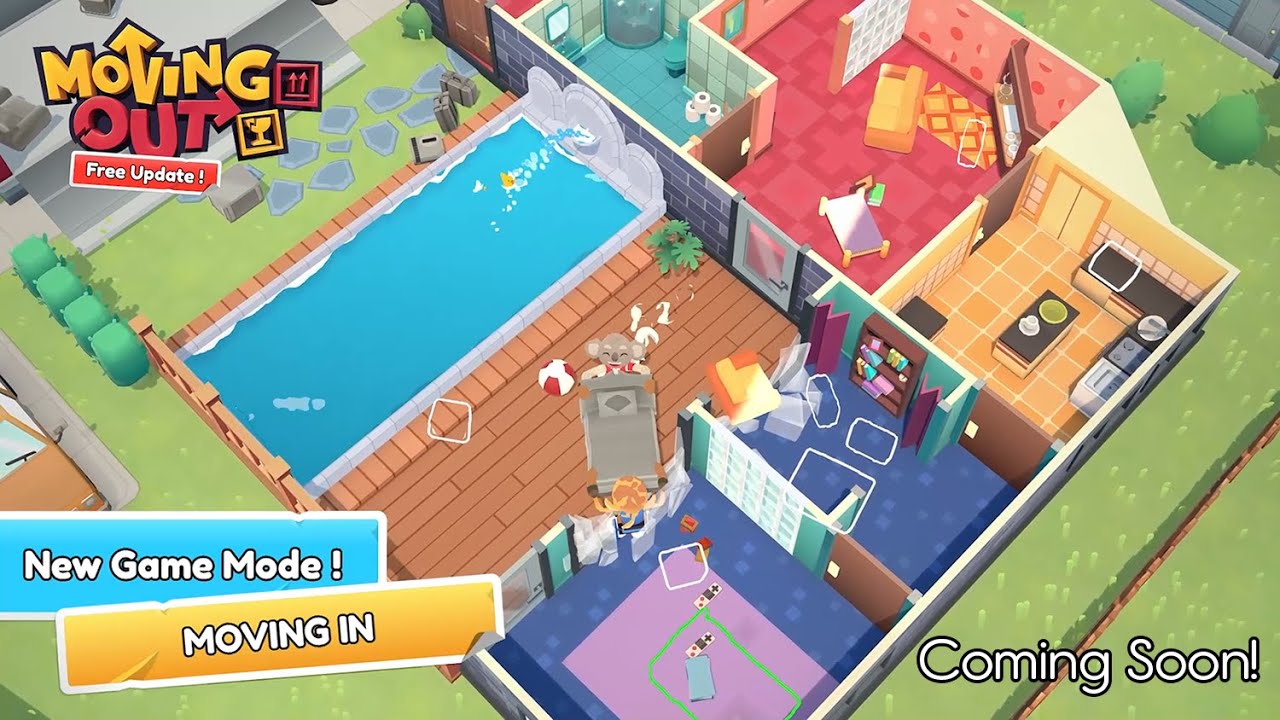 I’ve gone on record multiple times saying that I love couch party games with a burning passion. The chaotic fun that can be had with friends in games such as Disc Jam, Tricky Towers and Sports Friends is so hard to pass up when you have mates over (when that’s an option of course). The main issue, however, is that after some time the games lose some of the lustre when you’ve played them a few dozen times with the same people.

That’s why I appreciate the effort that developer SMG Studios has gone to keep their dorky and eccentric couch co-op game Moving Out (which we gave a 7.5) feeling fresh. Through multiple free updates, the removalist game has seen 4K support, a singleplayer co-op mode, extra challenges and a whole bunch of characters added to the already content-heavy title. SMG are at it again with the next scheduled update, adding in a completely new mode that will change this up dramatically.

Once you’ve moved out you obviously need to then move into a new house right? Well, that’s what this new update will focus on. Dubbed Moving In, the new mode coming with the update will challenge players to take the furniture from the removalist truck and place it inside the house in the correct places. You’ll have the option to play this new mode on 12 of the game’s levels existing in the base game. Additionally, the update will introduce a new ‘auto snap’ option, allowing players to accurately place items exactly where they need to go.

Lastly, players will be given the ability to customise their character’s shirts and two new dances, The Prospector and Loveshack, will be added into the game. The update doesn’t have a release date just yet, but it will be completely free on all platforms once it does arrive.

Are you a fan of Moving Out? Are you looking forward to this new update? Let us know.