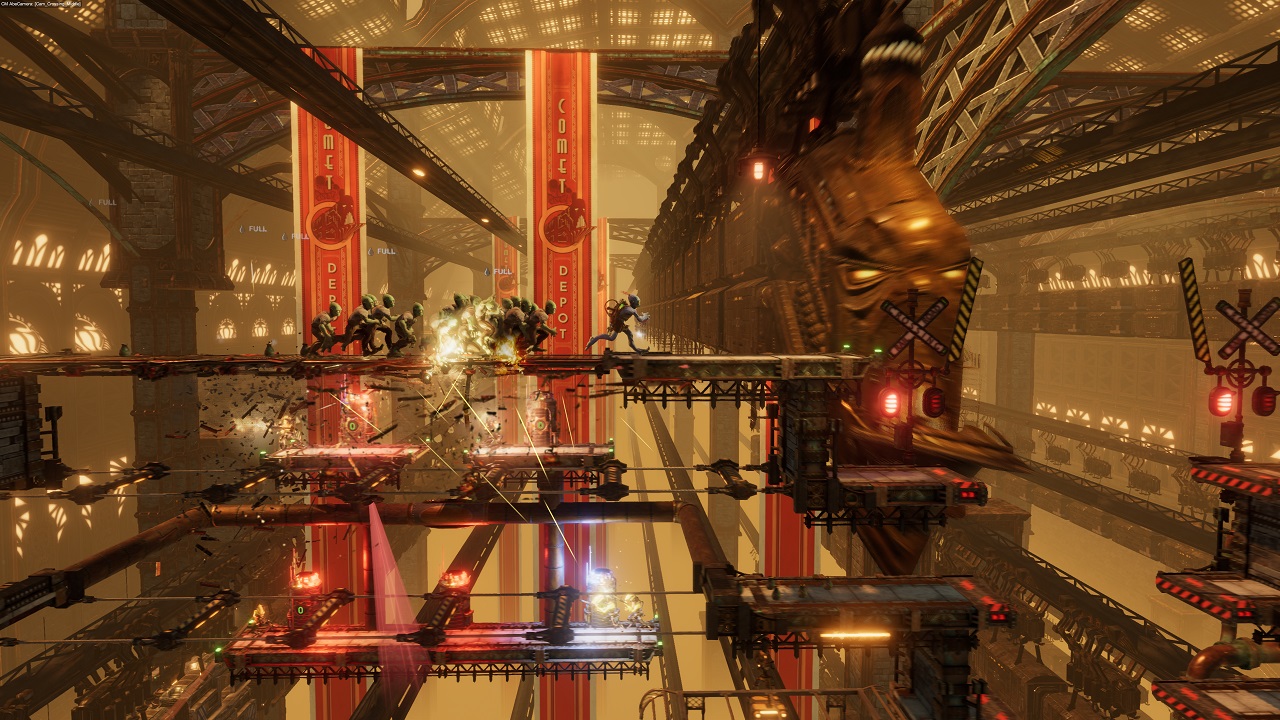 The Oddworld Quintology is back on.

Originally scheduled from the beginning of the series’ life, the Quintology was intended to be a story told in five acts across five games. The rushed release of Abe’s Exoddus – a game not intended to be part of this project – in 1998 put the project on hold indefinitely. But, as a new gameplay trailer shows, it’s back in business. We’ve known that Soulstorm is the next game in the Quintology since 2017, but to see it in writing brings a glimmer of hope to my cold black heart.

Today’s new trailer for Soulstorm shows off the game in motion, at long last. It looks dramatically different than 2014’s New ‘n’ Tasty remake of 1997’s Abe’s Oddysee. Destructible enviroments, item and inventory systems, a ‘2.9D‘ gameplay variety and the return of that awesome art deco aesthetic. Shame that you have to blow it up to free your people but, hey, them’s the breaks.

First announced in 2016 and silently delayed many times, Oddworld: Soulstorm is a remake of the 1998 sequel to Abe’s Oddysee that promises to bring its original vision to life – with a much darker tone. But series director Lorne Lanning has told Polygon that fans of the series’ sense of humour shouldn’t worry:

“The story is darker […] It’s not more gratuitous. That’s not something we ever really wanted. It’s not like we’re saying like, ‘Yeah, we’re pulling out hearts this time.’ No. We were never a part of that. But the trip of what is the Brew? What is it really about? What does it do? It’s pretty dark stuff. And what is Abe’s plight? What has happened in the history of Oddworld? It’s pretty heavy shit. I’m sure we’ll have tears in this game from our players.”

You can find the trailer and screenshots below.