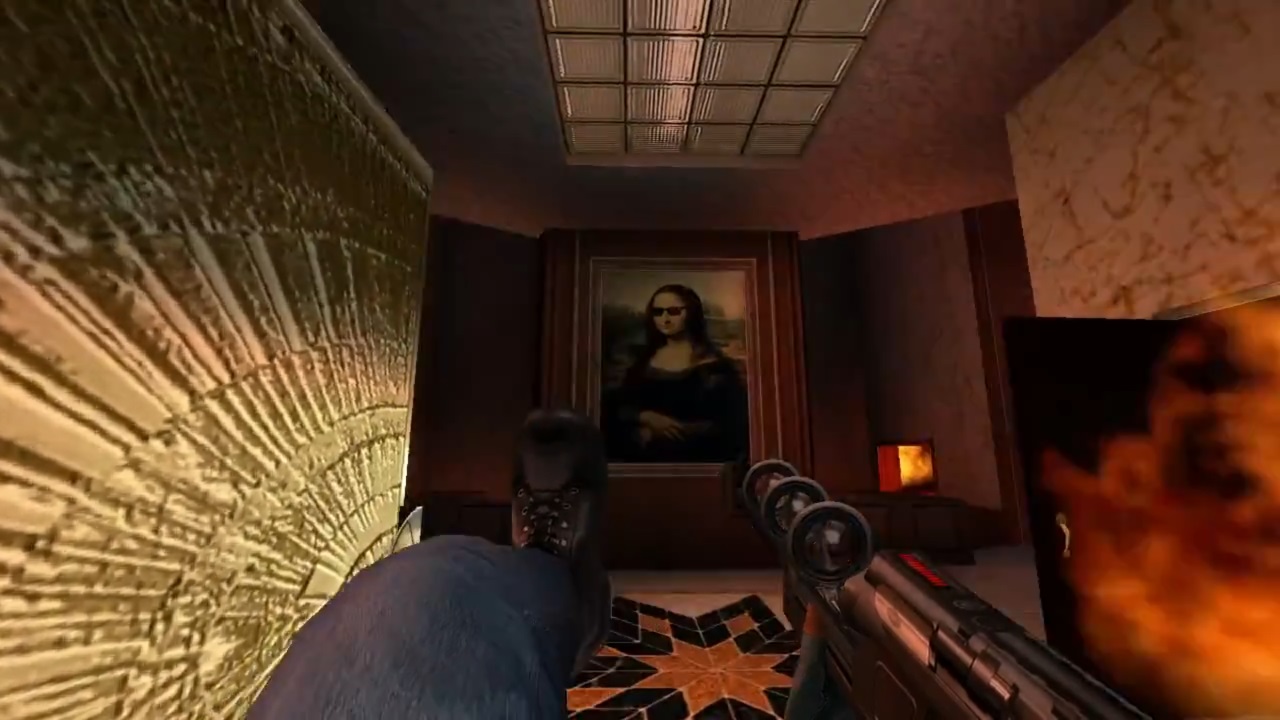 Any intelligent internet denizen understands that 4chan is a wretched hive of scum and villainy, but once in a blue moon they produce something so awe inspiring that you can’t help but be impressed by it.

Courtesy of the anonymous 4chan /v/ image board dwellers, we get to see the 2001 E3 build iteration of Duke Nukem Forever.

The majority of details have been collected and shared courtesy of duke4.net, a diehard Duke Nukem fan repository that prides itself on it’s balls of steel.

Simply titled Duke Nukem Forever 2001 Content 4Chan Leak, their most recent post details the extent of what has been discovered.

Most of the information has been presented by a user named simply as “x0r”, who details:

Almost every chapter is present in some form. A huge chunk is playable, a huge chunk is block-outs with no enemies. All of the E3 content is there.
Not just the editor, we will be releasing the full source code too.
All weapons are functional with the exception of the chainsaw and the freezer.
Do you have any date on when you are gonna leak it then? June.
The editor works. We also have the engine and UnrealScript source code and have written instructions for compiling it.
Two builds, but only the content for one.
It is Unreal Engine 1, like the final game.
There is no complete game. It was never finished.
The E3 2001 iteration but not the E3 2001 build.
The shrink ray is in the game, it’s the first weapon in slot 4.
The theme is just the Megadeth version. It starts playing as soon as you boot the game.
Bombshell is not visually present in the game at this point, there is a log file showing that her model was deleted.
The strippers can be seen and interacted with when you first enter the club. By the point in the game that was recorded, most of them are dead.

The build is far from complete, including a great deal of ‘blocked out’ content that serves as a stopgap asset while iteration takes place – but it is absolutely a solid look at what Duke Nukem Forever was originally shaping up to be.  The original Unreal Engine still looks impressive for it’s time, and it is unmistakably Duke Nukem.

The leakers also details their intention to provide access to these files for the general public, perhaps in the hopes that talented folks can piece together the rest of the game and create something more polished for the rabid fanbase. It’s the internet, anything can happen.

As for whether it’s legit? Well, George Broussard – the guy who made Duke Nukem 3D and co-founded 3D Realms – had this to say on his Twitter:

Yes, the leak looks real. No, I’m not really interested in talking about it or retreading a painful past. You should heavily temper expectations. There is no real game to play. Just a smattering of barely populated test levels. I have no knowledge who leaked this.

It is a unique look at something once thought lost to time – from a game that had a development period far more entertaining than it’s eventual released product, incredible to see what COULD have been. For now, the wealth of screenshots and captured footage is a nostalgia trip.

To quote a famous archaeologist – “It belongs in a museum.”

What do you think of Duke of yesteryear? Would 2001 era gamers have enjoyed it? Let us known in the comments or on social media.