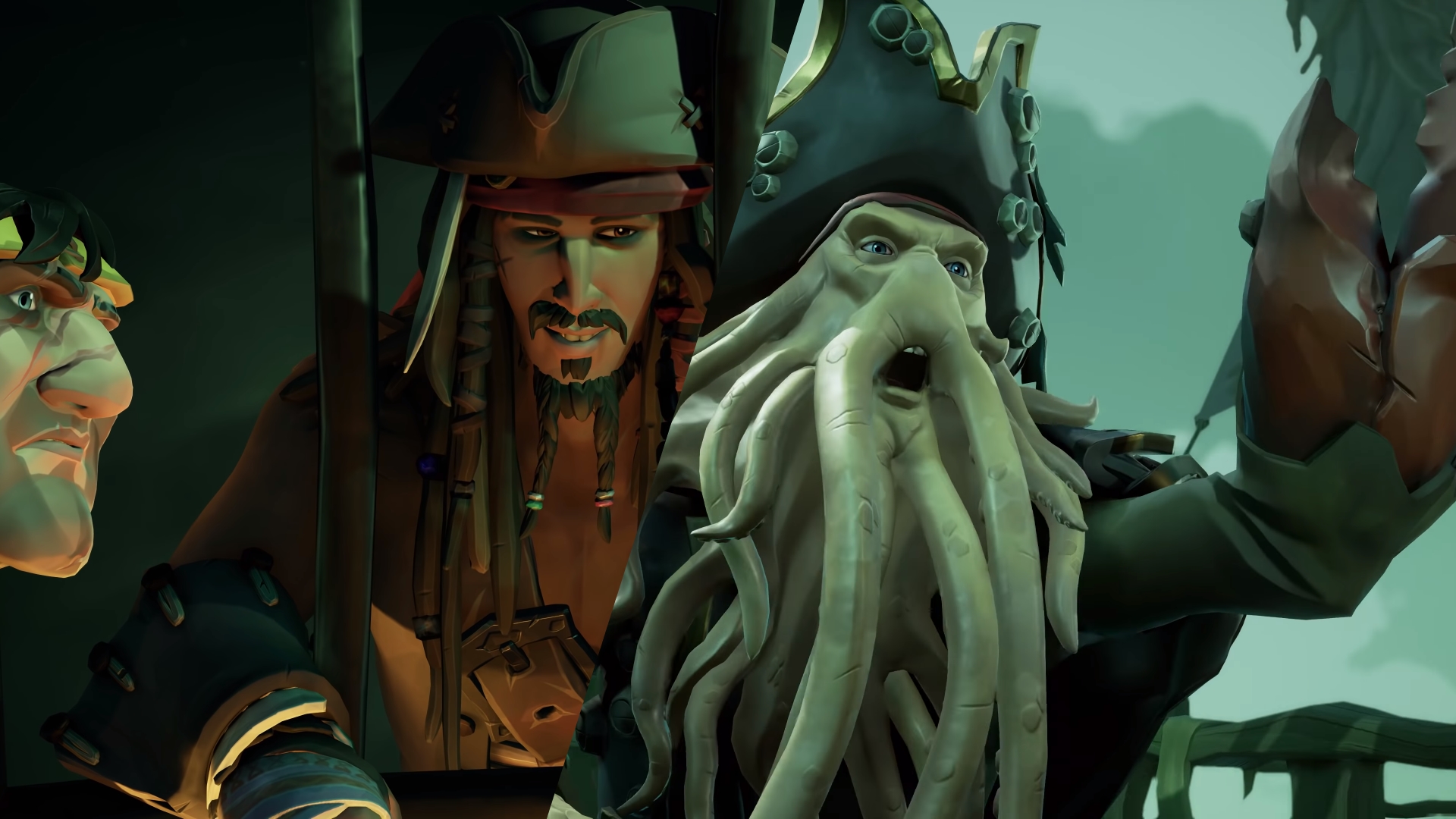 Microsoft and Rare made a real splash during Sunday’s E3 presentation, showing off a VERY unexpected crossover with the Pirates of the Caribbean film franchise – Boom, baby; Jack Sparrow is coming to the Sea of Thieves.

The plundering pirate simulator has come a long, long way since it’s debut in 2018 – where my own review said that it showed great promise, if it could continue to develop it’s salty world.

While the game has received plenty of original content over the years, the unveiling of A Pirate’s Life is a shocking bonanza of fun filled times. Iconic characters from the massive Disney franchise seem right at home in Rare’s ‘wonky’ art style – just take a squiz at Jack Sparrow and Davy Jones. The new locations and enemies promise a plethora of adventure driven gameplay, as we spend more time in spooky ‘Sea of the Damned’, originally just a hub to wait for your respawn timer.

Watch the reveal below:

As far as crossovers that ‘just make sense’ go, this one really is a no-brainer. A robust interview with Rare executive producer Joe Neate and Rare creative director Mike Chapman on the Variety website made the following humorous observation:

As Chapman puts it, “If you did a Venn Diagram of fans of ‘Sea of Thieves’ and fans of ‘Pirates of the Caribbean,’ it would just be a circle.”

The mystical and mysterious world of Sea of Thieves lends itself beautifully to the lore found within the Pirates of the Caribbean film series.

Now tell me, was that Joshamee Gibbs in the trailer? Because I absolutely hope so.

In this article:Davy Jones, disney, Jack Sparrow, Pirates of the Caribbean, Rare, Sea of Thieves