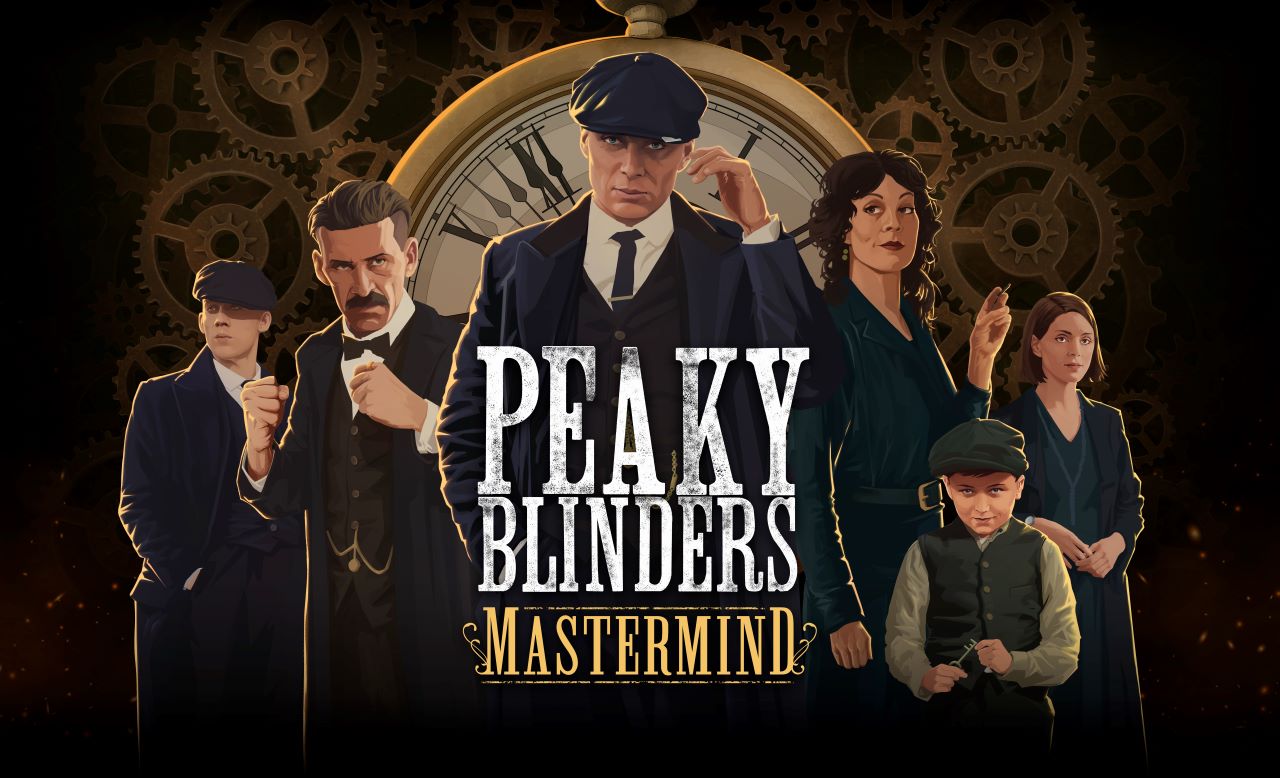 Peaky Blinders is one of my favourite TV shows – I hang out for and then binge-watch each new season as they come out, and as a result my man-crushes on both Cillian Murphy and Tom Hardy are stronger than ever. So when I heard there was a video game adaptation by the name of Peaky Blinders: Mastermind in the works I was understandably very excited. My mind worked overtime to theorise what route FuturLab and Curve Digital would take the game down, given that there were a number of exciting possibilities, and when I finally did see the game in screenshots it resembled something akin to Hotline Miami, a style I was happy with. Since then I’ve barely seen or heard anything about the game, not that I have been trawling the internet for information, so when a preview code landed in my inbox I was keen to get on the first train to Birmingham to hang out and have a cheeky whiskey with the lads.

Although my expectations of Peaky Blinders: Mastermind was based on a couple of screenshots, to say that it isn’t what I was expecting is a bit of an understatement. The best way I can sum up what the game is and how it plays is to say that it is part Peaky Blinders, part Life is Strange and part Metal Gear Solid: VR Missions, a combination I didn’t think I’d ever see. It’s not necessarily a bad thing, but it’s fair to say I should have done a little more research rather than going in…blind.

The story of PBM is set before season one of the TV series and sees the Shelby brothers (Tommy and Harry) recently returned from the Great War. Not long after their return, a Peaky Blinder is accused of being involved in the murder of a Chinese opium dealer. Tommy, who believes there’s more to the story than it seems, seeks to find the truth behind the murder.

The boys are back in town

On the plus side, PBM features all the characters you’ve grown to love from the series and they’re all authentically recreated in digital form. The characters are not voiced at all (which is no surprise really), with the story and dialogue all told via on-screen text. However, a big tick for the developer is that aside from the odd line or two, the writing feels like it could have been written by the scriptwriters themselves.

Featuring an isometric view, PBM is essentially a stealth-based time manipulation puzzle game. Players will control a number of characters, both Peaky Blinders and Birmingham geezers, who will need to work together to get from start to finish of a mission. Tommy is able to convince guards or workers to help him, which could be things such as holding a door open that’s locked from Tommy’s side or handing Tommy a key that he needs. However, the most unique feature here is the ability to rewind time, which you’ll be doing quite a bit.

Rewinding time allows players to fix their mistakes or to manipulate time in order to progress. For example, Tommy needed access to a room, but the only access point was locked from Tommy’s side. Utilising his powers of persuasion, Tommy coerces a guard into holding a door open for the great man himself to walk through. This is done by switching control to the guard, holding the door open for a period of time (let’s say five seconds), rewinding and switching control back to Tommy, watch the guard open the door and then mosey on through.

But it’s not just the Tommy show, other notable Peaky Blinders will play their part. In the first mission, players can switch between Tommy and Ada, with Ada having the ability to block an enemy’s cone of vision, allowing for Tommy to progress undetected. If players are seen by an enemy, the game will force you to rewind (to wherever the player would like) until you get it right.

In another mission, Tommy is assisted by a young Finn, who can crawl through small spaces to access areas Tommy cannot in order to unlock a gate or obtain a key. It was here I got a real taste of the puzzle mechanics, with one puzzle requiring three characters and multiple rewinds to allow Tommy and Finn to progress.

The other time-related feature that I didn’t expect to see is that objectives within a mission have a timer. While I only ran out of time in a couple of instances throughout my hands-on time, it certainly increases the pressure as the clock ticks down. Much like being caught by an enemy, if you do run out of time you’ll be forced to rewind and try again. Furthermore, each mission has a gold, silver and bronze time award upon completion. This means there’s some replayability in the form of besting your fastest mission times.

While I only had access to the first three missions, which took me a little over an hour to complete, my tasting session left me confused as to how I felt. On one hand, the game has some tonal inconsistencies compared to the show, as I feel like stealth-based gameplay doesn’t really scream Peaky Blinders, and none of the missions I played featured combat. However on the other hand, as a lover of puzzle games, I really enjoyed the game’s time-manipulation puzzles. I hope that later missions continue to build on this and push the player’s lateral thinking. The biggest question I keep asking myself is whether this game needed to exist as a Peaky Blinders adaptation. I don’t have the answer just yet, but I don’t have long to wait to hit the streets of Birmingham to find out, with the game launching on PC, PS4, Xbox One and Nintendo Switch on August 20.