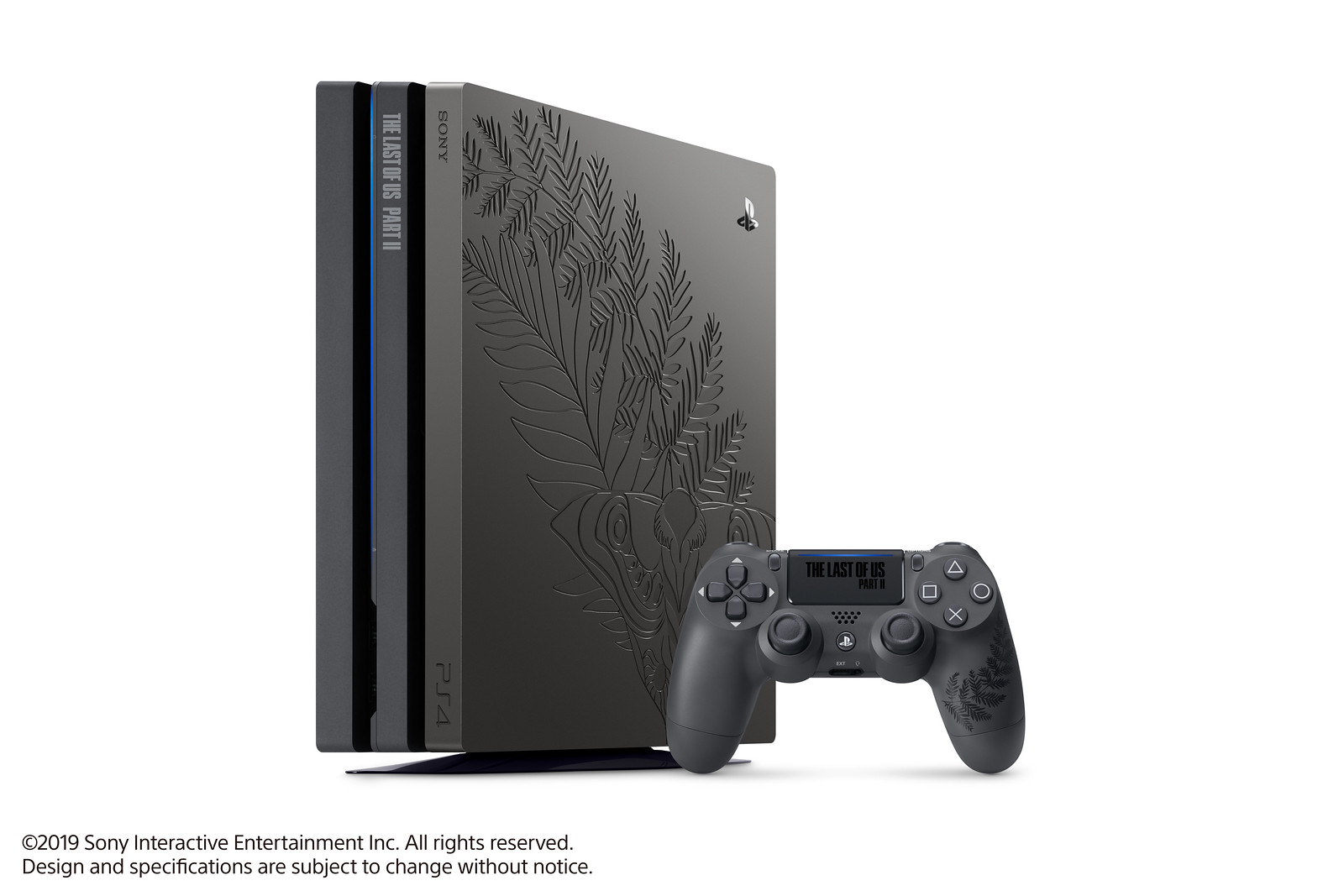 The bundle features the aforementioned PlayStation 4 Pro console and controller, alongside a physical copy of the game and a code that can be redeemed on the PlayStation Store to grant access to a dynamic theme, avatars, and more.

When the opportunity arose to create a custom PS4 Pro for The Last of Us Part II, I worked with our graphic designer at the time, Angel Garcia, and we considered a few different ideas, but we kept coming back to Ellie’s tattoo. By that point, it had become a symbol of the game and for the community–much like the Firefly logo in the first game. It was the clear choice, but we wondered: what if it could be engraved? It hadn’t been done before, so we weren’t sure it was even possible, but thanks to the incredible efforts of the teams at PlayStation, we found a way.

The result is something we feel is really special–a design that honors the passion of our incredible fans and that we ourselves would be proud to own.

Also announced on the blog post was a The Last of Us Part II officially licensed Seagate 2TB Game Drive, and a Limited Edition PlayStation Gold Wireless Headset, with the two both also having a steel black matte finish, the games logo, and Ellie’s fern tattoo design. The controller present in the bundle will also be available separately.

In terms of special edition consoles, I think this one looks perfectly fine. The steel black matte is a solid colour and the tattoo engraving is pretty. While I like the overall design of the console and controller, I can’t help but scratch my head at the existence of a branded hard drive. Cyberpunk 2077 recently got their own Seagate branded drive and I have no idea why they are suddenly becoming a thing, but I digress.

In this article:Ellie, ferns, joel, PlayStation, PlayStation 4, playstation 5, ps4, PS5, tattoo, The Last of Us, the last of us part II, TLOU