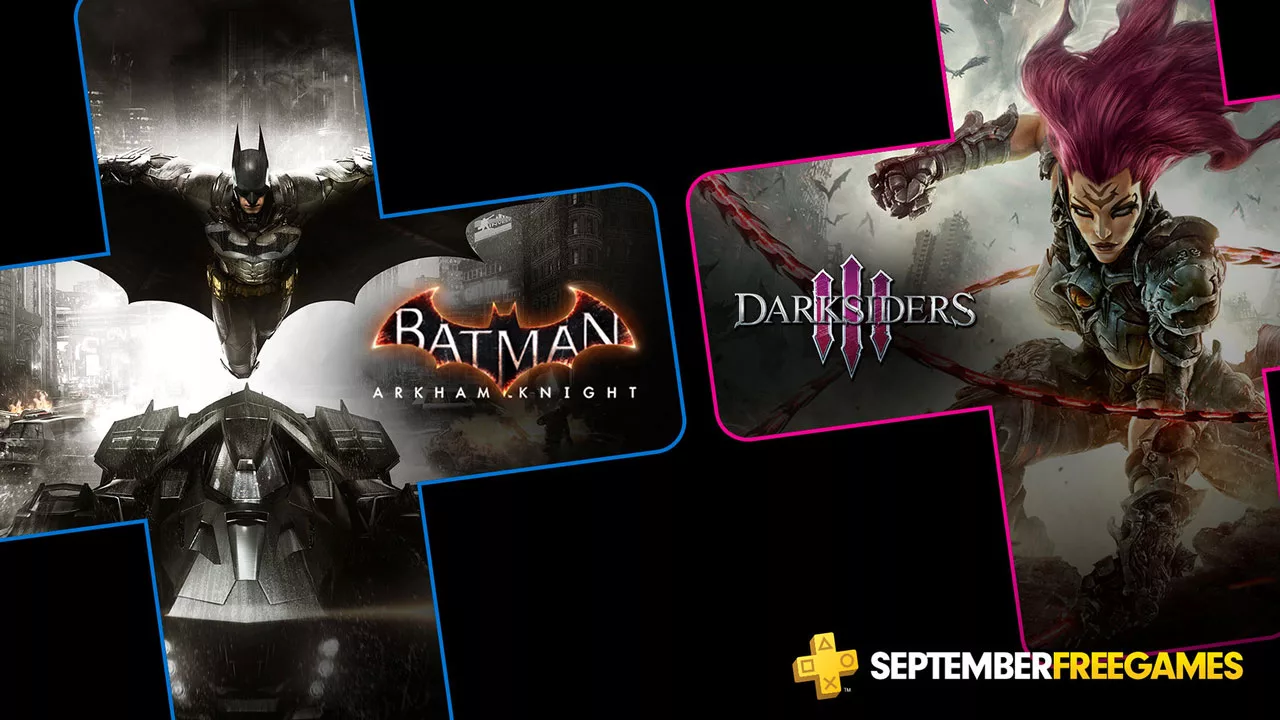 PlayStation have announced via PlayStation Blog that Batman: Arkham Knight and Darksiders III will be available through PlayStation Plus for the month of September.

Batman: Arkham Knight released way back in 2015 (boy that feels like a long time ago) and sees Batman tussle with a new foe known as the Arkham Knight. The game is the third title in Rocksteady Studios Arkham series, and despite the fact that I haven’t played it, I know it’s the game that introduced the epic Batmobile.

Darksiders III, coincidentally another third title in a trilogy, is a hack-and-slash action adventure title that sees you play as Fury, one of the Four Horsemen of the Apocalypse. Your goal is to seek out and destroy the Seven Deadly Sins, which admittedly sounds pretty radical.

I for one haven’t played either of these games, but they both seem like games I should give a try.

It is important to note that WipEout Omega Collection and Sniper Elite 4, which were August’s PlayStation Plus titles, will be still be available for download until September 2, so make sure to add them to your digital library as soon as possible.

Batman: Arkham Knight and Darksiders III will be available for free on the PlayStation Store from September 3 to September 30. If you haven’t yet checked out either of these titles, why not check out their launch trailers below: