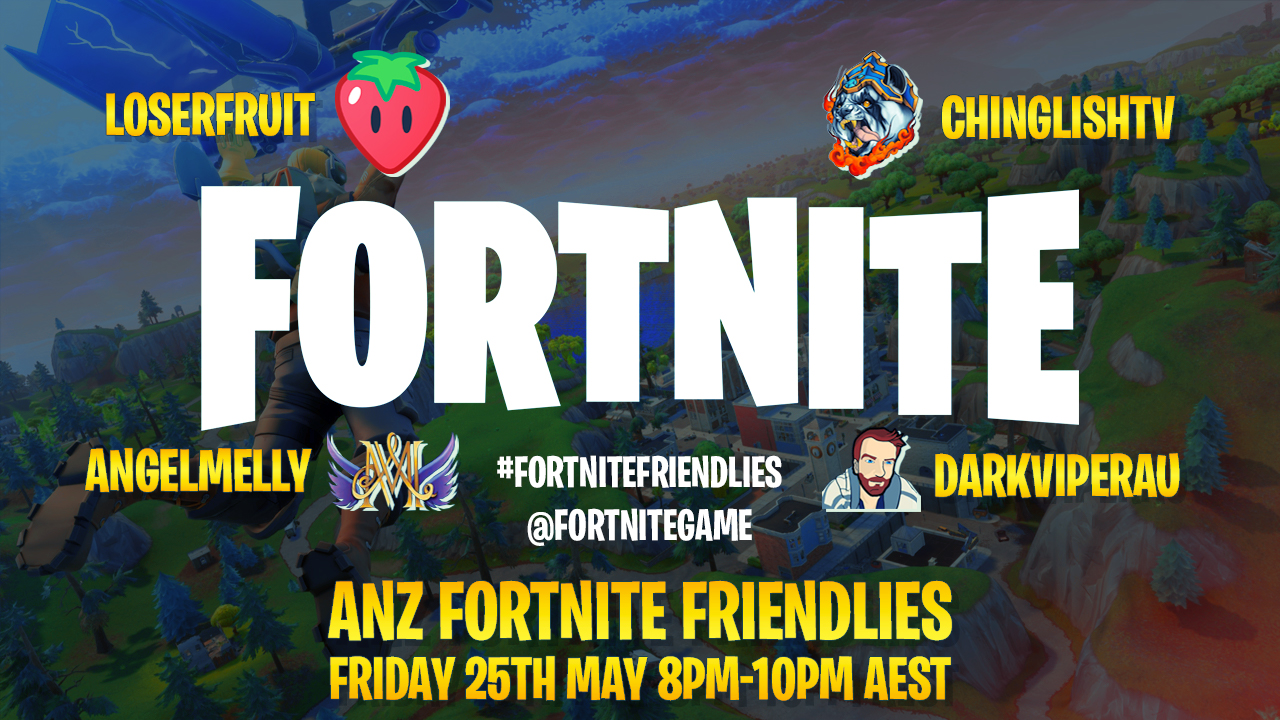 Epic Games and Double Jump Communications are gearing up to bring another Fortnite Friendly to Australia and New Zealand. Fortnite Battle Royale is the most popular game on Twitch, with 7 billion minutes watched in April alone! One hundred players enter, but only one player or squad can survive, scoring a coveted Victory Royale. The next ANZ Fortnite Friendly with take place Friday 25 May, from 8PM to 10PM AEST.

For the first time, ANZ Fortnite Friendly  will feature Squad Leaders; content creators who’ve been selected to lead their teams in the event. Squad Leaders will be choosing players for their four player squads, and announcing their roster and team name on their social channels during the week, using the the hashtag #FortniteFriendlies. Among the leaders will be LoserFruit, ChinglishTV, AngelMelly, and DarkViperAU. The first ANZ Fortnite Friendly  held in mid April saw over 85 ANZ creators take part, with some Twitch streamers experiencing increased average viewers of seventy-five percent. This second event, with the involvement of 25 hungry Squad Leaders is going to be epic!

Catch all the action live on Twitch.tv via each Squad member’s channels on Friday 25 May, from 8PM to 10PM AEST.

Godfall Is Significantly More Expensive On PS5 Than PC
September 22, 2020

Expanded Live Events for Overwatch Contenders Are Coming For The 2019 Season
January 18, 2019

Starfield Will Be A Microsoft Exclusive According To Xbox Insider