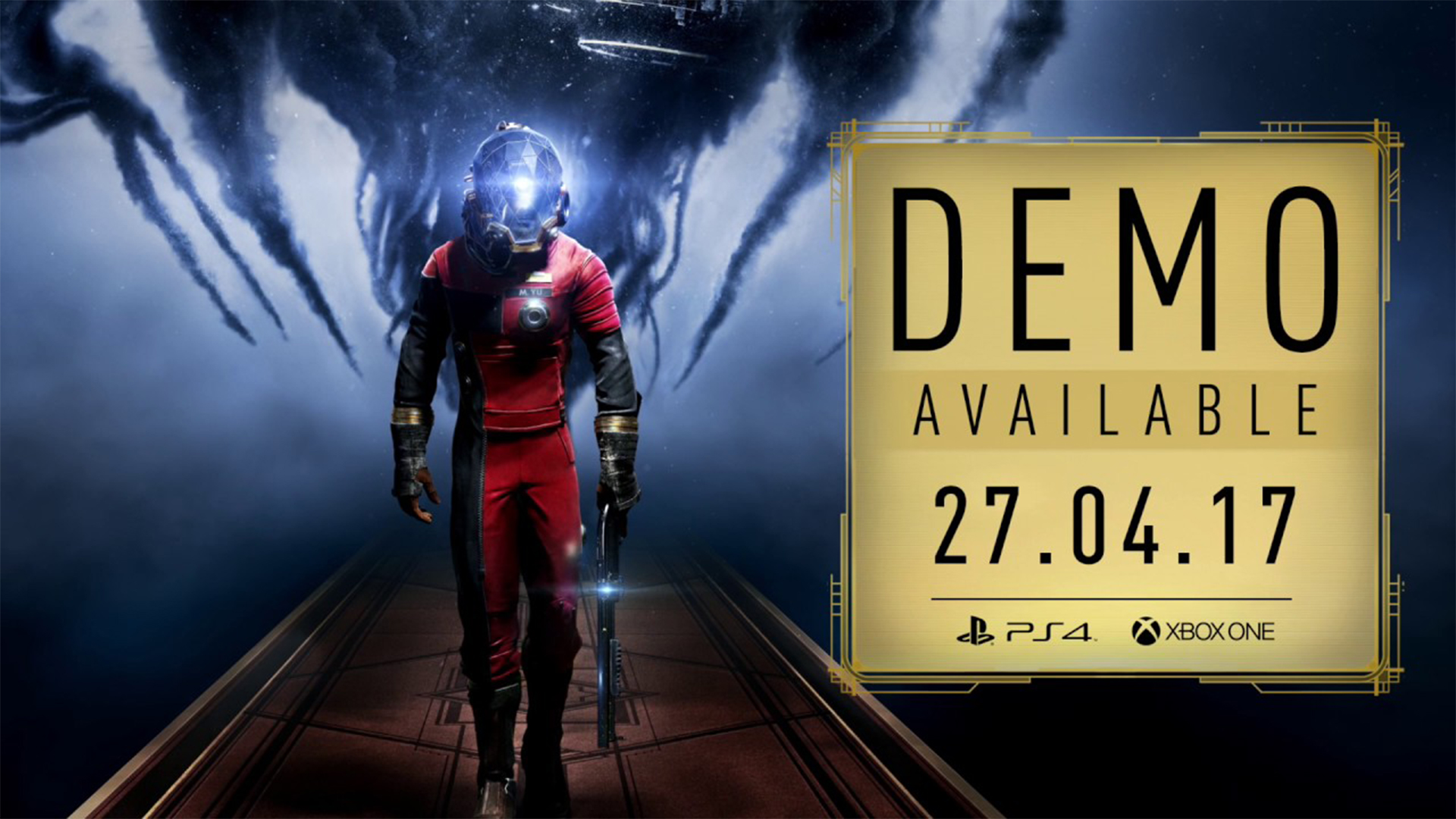 Bethesda today announced that PS4 and Xbox One owners will have the option to download the demo for the publisher’s hotly-anticipated title, Prey.

The demo will be available for download on April 27 and is titled, The Opening Hour demo which will allow players to play the first hour of the game and to get a taste of what’s to come when the game releases on May 5, 2017.

The Prey Demo: Opening Hour puts you in the role of Morgan Yu, lead scientist aboard Talos I, working on a scientific breakthrough meant to alter humanity forever. What starts off as an exciting first day of work very quickly takes a dark turn. You find yourself alone on board Talos I, a lavish but abandoned interstellar research facility. Aliens have overrun the station and are hunting down any surviving crew members, including you. Should these creatures reach Earth, life as you know it will end. It’s up to you to uncover the mysteries of Talos I, fight the alien invasion and save humanity.

Prey is a first-person sci-fi action title from Arkane Studios (of Dishonored fame) and has a lot of us here at DYEGB excited.