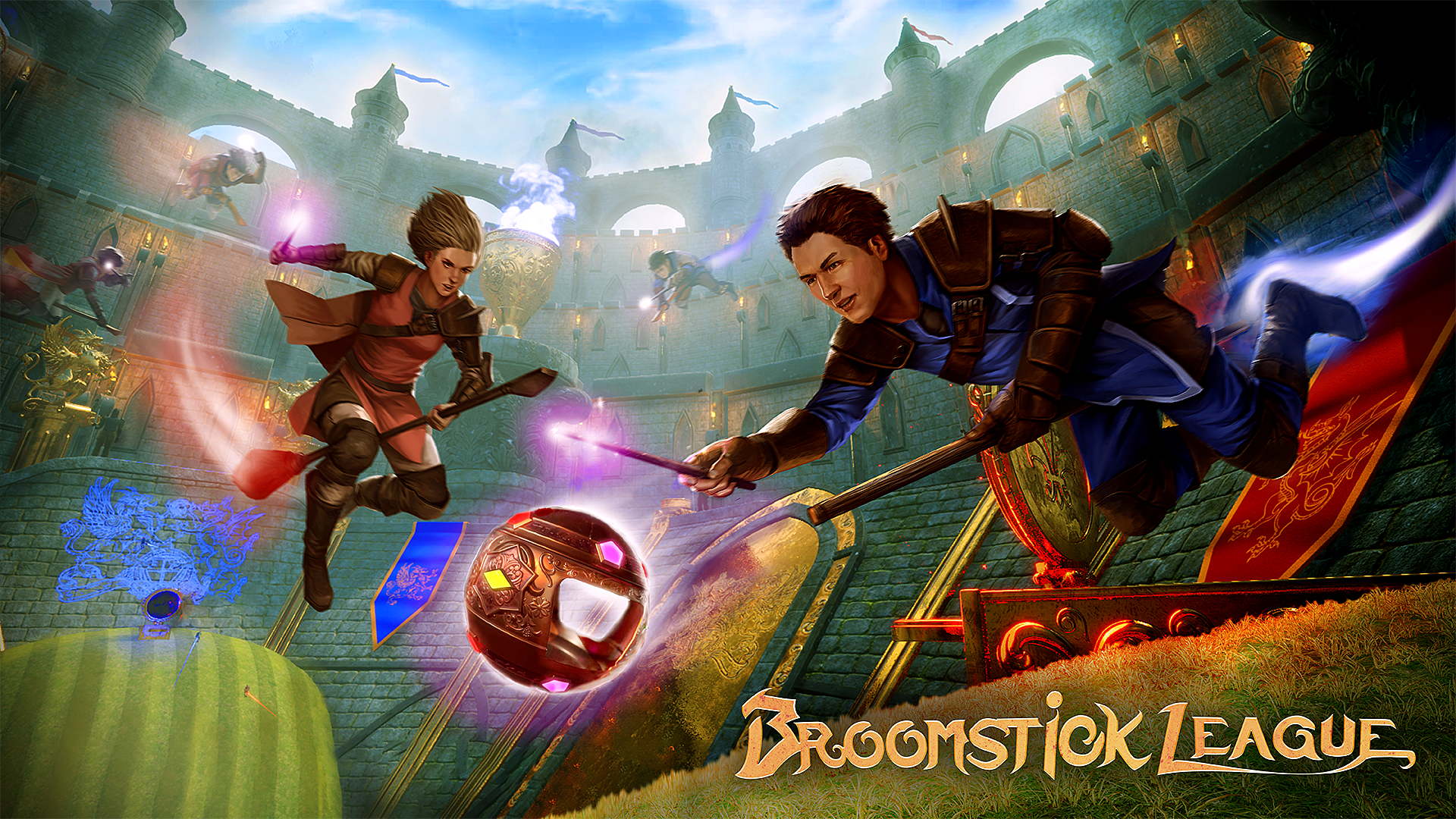 Rocket League was a bit of a surprise runaway hit in 2015, and while the concept of soccer with cars might sound ridiculous, the hybrid sports game managed to capture the attention of…well seemingly everyone (myself very much included).

One of the main selling points for Rocket League is its fast-paced, accessible matches between a small number of players – a formula being used the interesting new title Broomstick League.

Touted as “a fast-paced, high flying, competitive sports game”, the concept for Broomstick League shares many similarities to the fictional Harry Potter sport of Quidditch. Zooming around on broomsticks while brandishing a wand, teams of up to 3 will battle it out to score goals and defend their own.

Spells will allow players to blast the opposition away or teleport themselves around the arena, allowing for some fun and tactical plays as well as sneaky shenanigans.

Broomstick League launched on Steam Early Access yesterday, allowing PC players to get their magical sporting fix now. If you are a console player fear not, as a release for PS4 and Xbox One will come alongside the full version, which we can anticipate in 9-12 months according to Early Access information.


What do you think of Broomstick League? Will you be giving it a crack on Early Access or wait for the full release? Let us know.