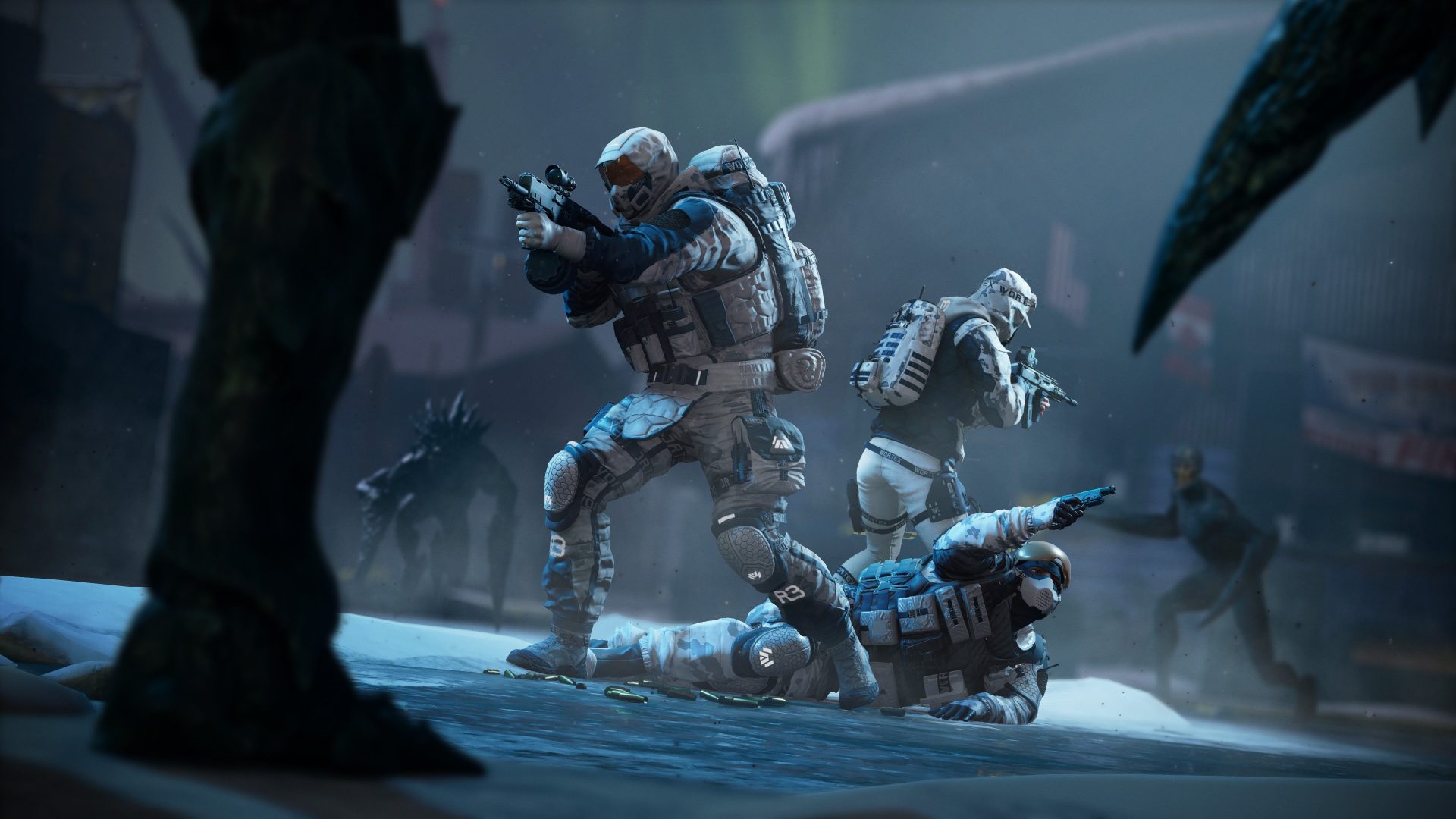 For players that reach the end of the main game, a weekly challenge mode called the Maelstrom Protocol awaits.  This mode will have players traversing nine different subzones filled with tougher enemies than the ones found in the main portion of Extraction. With difficulty escalating as time wears on, players will be given opportunities at checkpoints to either bank their points and extract, or push on.

Additionally, Extraction players will be able to take part in Crisis Events. These themed, limited-time modes will introduce either a new Operator to control or a deadly new Protean enemy to defeat. The first Crisis Event, Spillover, will task players with taking down mass colonies of a mutated version of the Sprawl enemy type. Completing these events will reward you with REACT tech and cosmetic items, while also expanding on the game’s lore.

Lastly, Assignments are weekly modes featuring modifiers that change up gameplay and provide an extra challenge. For instance, the Veteran Mode will leave you without a HUD, minimal ammo and friendly-fire enabled. Both the Maelstrom Protocol and weekly Assignments will be available on launch, with the Spillover Crisis event coming later. All of this content will be free to all Extraction players and won’t require any additional purchase.

Each copy of Extraction will come with two buddy pass tokens that allow you to invite friends to play for free for up to 14 days. All progress made during this time will also transfer across to the full experience if a purchase is made.

Are you excited to play Extraction? Does this post-launch content tickle your fancy? Let us know in the comments or on our social media.