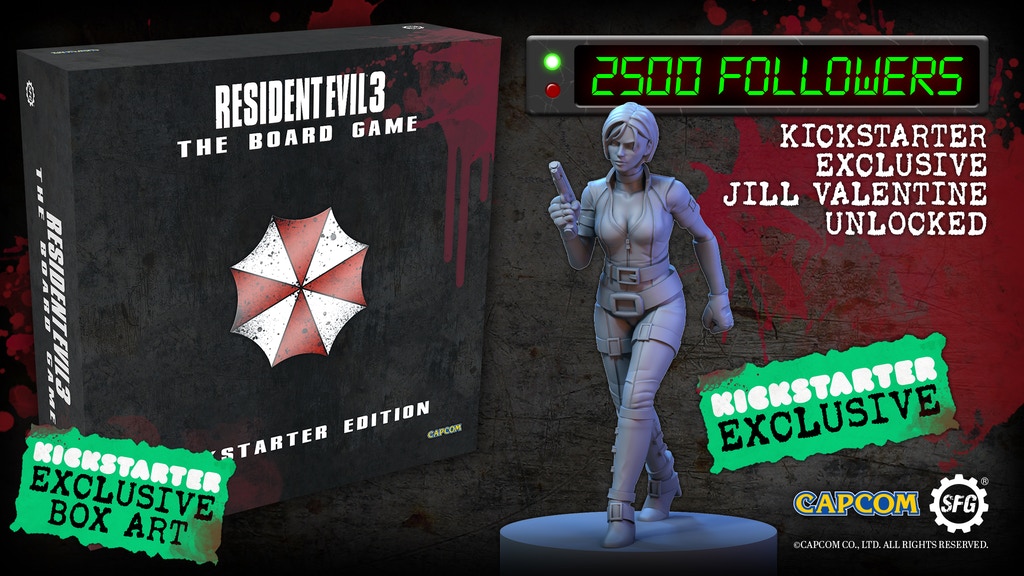 With RE3 fresh in everyone’s minds, Steamforged Games has announced Resident Evil 3: The Board Game, a cooperative survival horror game that is set to launch on Kickstarter on April 28, 2020.

This isn’t Steamforged Games’ first foray into the Resi series, as they were responsible for Resident Evil 2: The Board Game that went absolutely mental on Kickstarter a few years ago.

Based on the original 1999 Resident Evil 3: Nemesis, the board game will feature one-shot scenarios that can be played in a single sitting, as well as an option to play a 19+ hour campaign with an ongoing story. With resource management, a growing monster threat and a ‘tension deck’ mechanic that will mix things up regularly, this sounds just as stressful as the source material.

Steamforged has announced a Kickstarter exclusive miniature that will be added if the project reaches 2500 followers which, at the time of writing, has already been met and exceeded, currently sitting at 3700. If you are keen to follow the project yourself, head on over to the Kickstarter page HERE.

Are you keen on Resident Evil 3: The Board Game? Did you pick up the RE2 Board Game? Let us know.