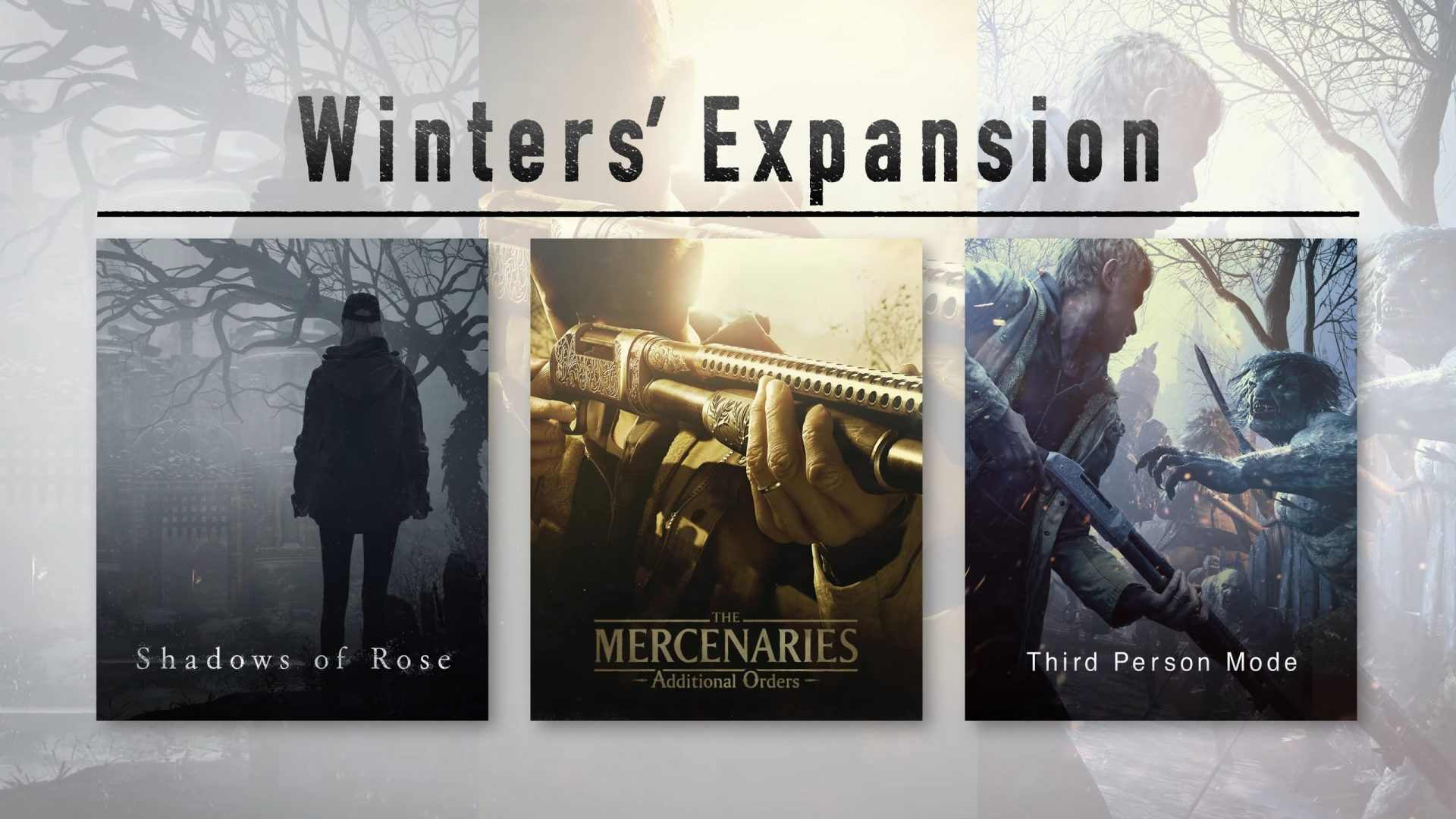 Announced during today’s Capcom Showcase, the Winters’ Expansion is a collection of three separate DLCs that add new content to the game.

First off is the Third-Person Mode, which does exactly what it says on the tin. Whether you’re playing Village for the first time or giving the excellent horror title a replay (we gave it a 9), you’ll be able to view the world and get scared from a new, third-person perspective. All of the images shown off so far obstruct protagonist Ethan’s face, so let’s hope we can pan to see his features instead of playing as a faceless monstrosity.

Next up is the Mercenaries Additional Orders, which expands on the arcade mode present in the base game. The Winter’s Expansion will add in a number of new stages, but the real highlight are the new playable characters. Players will be able to take on this score attack mode as Chris Redfield, Heisenberg and the main attraction herself, Lady Dimitrescu. Chris packs a bunch with an arsenal of weaponry, Heisenberg wields his massive hammer and magnetic abilities and Lady D, well, she’s a nine-foot-tall vampire lady that stops on enemies and throws furniture around. What a time this will be.

Rounding out the DLC trilogy is a story expansion called Shadows of Rose. Taking place 16 years after the events of the main game, players will assume control of Rose, the daughter of protagonist Ethan and Mia Winters. Struggling with her powers, Rose will enter the consciousness of the Megamycete (which seems like a bad idea) in order to break free from her curse. The trailer shows off some nasty new enemies and a possible heel turn from The Duke.

If you don’t own Resident Evil Village, you’ll be able to pick up the Gold Edition that comes with the base game and the Winters’ Expansion bundled together on October 28 as well.

Have you played Village? What do you think of this DLC? Let us know in the comments or on our social media.