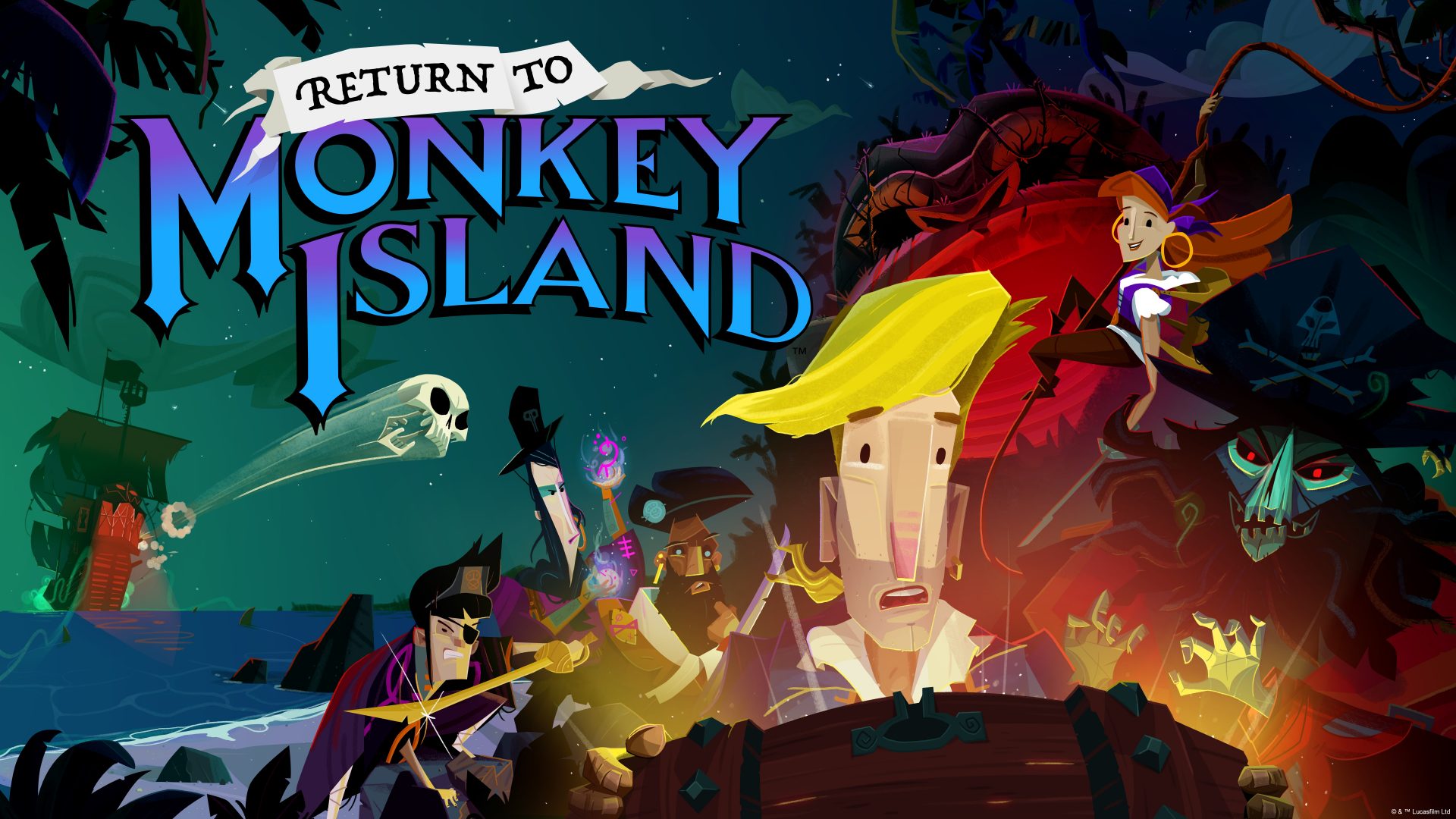 The first gameplay trailer for Return to Monkey Island has been revealed, alongside confirmation that the game will be releasing on Switch and PC this year.

Shown off during this morning’s Nintendo Direct Mini: Partner Showcase, the trailer gives us a great first look at the game’s gorgeous art style, while focusing on the new adventure that iconic protagonist Guybrush Threepwood will be taking part in. Packed with nostalgia while also looking fresh, Return to Monkey Island will undoubtedly be on many players’ radars.

As an added bonus, we also got cheeky synopsis of the upcoming game’s story, so have a read and get keen:

The tangled history of Monkey Island’s most famous secret leads Guybrush Threepwood – intrepid hero, leather jacket salesman, mighty pirate – to embark on a new swash-buckling adventure through the Caribbean, determined to uncover the elusive secret once and for all. No trip back to Mêlée Island would be complete without his old friends (and foes), but while Guybrush and the evil LeChuck look certain to clash on the high seas once more, a new crew of Pirate Leaders seem to have arrived to spoil the party.

Give the gameplay trailer a watch:

Return to Monkey Island will release on Switch and PC in 2022.

Are you a Monkey Island fan? Are you excited for this sequel? Let us know in the comments or on our social media.