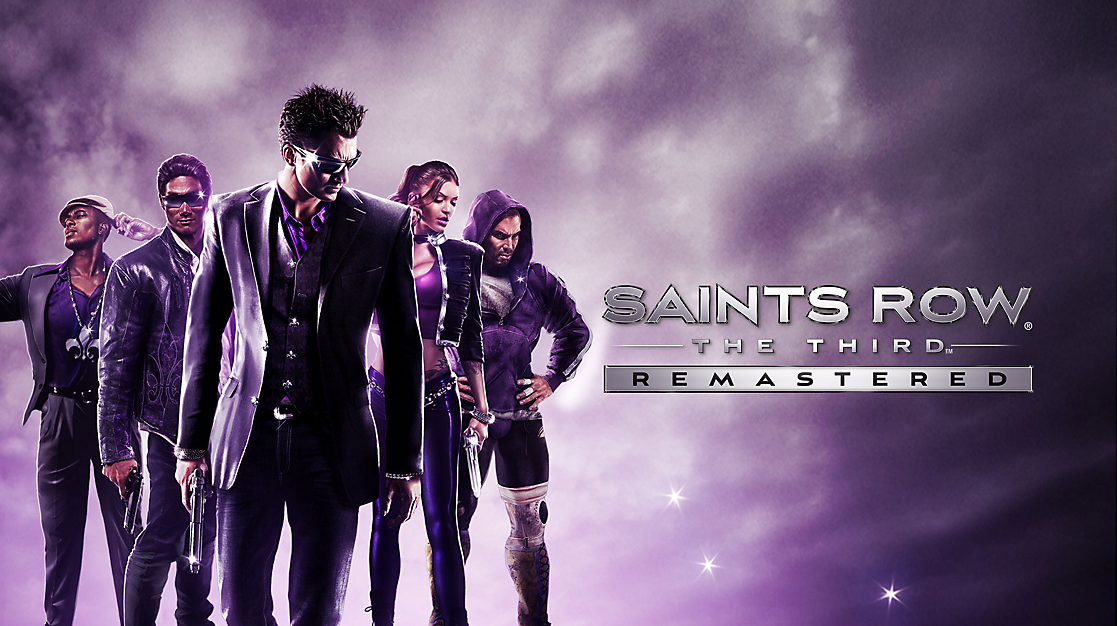 Every year we get oodles of definitive editions, remasters and remakes, but I can’t help but feel we are getting more than usual right now. Whether it be to recuperate funds in preparation for game development on the upcoming generation of consoles, or to bring back dormant franchises to the gaming public consciousness to gauge the interest in a reboot, 2020 seems to have had numerous remasters already. I don’t view this as a bad thing though, as there are plenty of excellent titles stranded on older hardware.

Five years on from the events of Saints Row 2, you assume the role of the head of the 3rd Street Saints, a prominent street gang that have now become a media empire. While attempting to rob a bank in Steelport alongside a method actor to help him better understand his role in an upcoming Saints biopic, the gang’s robbery is upended by the Morningstar, a rival gang who own the bank. After they clash, the Saints are captured and taken to the head of the Morningstar, Phillipe Loren who also happens to run the Syndicate, a criminal organisation of the gangs of Steelport. When the Saints refuse to play nicely, Loren seemingly kills off a Saints Row fan favourite, which in turn prompts the Saints to not leave the city of Steelport until the Syndicate and the gangs it’s comprised of are erased.

The story on paper is rather epic, and at times has its serious moments, however Saints Row: The Third Remastered is also unabashedly insane and unbelievable. The insanity I speak of can best be seen in many of the missions. Whether it be free-falling from a plane and gunning down enemies falling alongside you, escorting a Tiger around Steelport in your car, or broadcasting your subconscious into a rival gang’s Usenet to take them down, the nonsense and mayhem flow freely. Saints Row: The Third Remastered is akin to the Fast and Furious franchise in the sense that it owns the fact that it’s absolutely bonkers, and I can’t help but love it for that. The crass humour with sexual puns and dildo baseball bats may not hit with some, and it arguably doesn’t resonate with 23-year-old me as strongly as it did with 14-year-old me in 2011, but it is silly fun nonetheless.

Playing as a badass gang leader is awesome

Gameplay in Saints Row: The Third Remastered is exactly what you’d expect from a GTA-esque open-world game. It’s solid and familiar, with consistently fun third-person shooting and driving that remains engaging well after the roughly 12–15 hour main story. The city of Steelport offers up numerous different activities for you to play around with. You can deck yourself up in swanky clothes at Planet Saints stores, get plastic surgery to change your created character at Image As Designed, or partake in vehicle customisation at everyone’s favourite sexual act pun mechanic Rim Jobs. There are also collectibles galore to find in Steelport in the form of drug pallets, cash stacks, photo ops and sex dolls, as well as over 50 side mission activities that see you escorting sex workers, causing as much financial damage as possible, and even jumping in front of cars to gather as much insurance money as possible. These are only some of the crazy hijinks you’ll take part in during your time in Steelport.

The Professor Genki series of missions are some of my favourites

While I still enjoy Saints Row: The Third Remastered, I did encounter numerous issues with the game that ultimately left me frustrated and disappointed throughout. Firstly, the game is buggy as hell, even more so than I remember it being. Getting into cars always seems to require numerous presses of the button, while getting out of cars on occasion would cause me to glitch out or clip through buildings forcing me to load up a previous save. I even had numerous intermittent glitches that either caused the game to crash and send me back to the PlayStation 4 home screen, or just crash my PS4 entirely to the point where my system simply switched off. I only had roughly four crashes that forced the console to the dashboard or to shut down, however I can’t find excuses for that, especially in a remake of a game that from what I recall didn’t have these issues prior. Secondly, the game runs at 30 frames per second by default on console, even on the PlayStation 4 Pro and Xbox One X console variants, a decision I find absolutely bizarre. To have the remaster run at the same frame rate that the PlayStation 3 and Xbox 360 versions did is borderline unforgivable, especially on the higher spec current gen systems. You can squeeze some extra frames by removing the frame lock in the options, however this does lead to noticeable frame drops, and I expect results may vary by system. You don’t have to worry about hitting 60fps on PC, however the console remaster has been stunted by what is a baffling design choice. The remastered graphics (which benefit from HDR support) aren’t hindered by the lackluster frame rate, however it does make the remake feel like a bit of a half step.

Having the game bug out on occasion was frustrating

This may be a minor gripe, but I also wish the camera was a bit better suited during some missions, especially Guardian Angel missions where you sit in a helicopter firing down with an RPG. The camera restricts your ability to actually aim at enemies properly, and seems to prefer you aim your weapon at the chopper you are in at times. My final gripe only concerns the trophy/achievement hunters out there, but it seems that the game may have some glitched trophies that don’t properly unlock upon completion of set objectives. Whether this is due to playing on pre-release versions of the game or not I’m not sure, however I have had multiple trophies fail to register. I’m not sure if this is a common issue or one limited purely to me, but hopefully this can be fixed in time for release if it is a widespread issue.

Saints Row: The Third Remastered reminds me of just how fun the original game was back in 2011, yet at the same time it solidified that the game isn’t as great as I remembered. The overall gameplay loop of exploring Steelport and engaging in balls-to-the-walls insane missions is still enjoyable, however the persistent bugs and glitches often replace said enjoyment with nothing more than frustration. I still recommend the game to both newcomers and Saints Row fans alike, just be aware that you may have some moments of joy disrupted by the odd glitch. It’s a good ride to go on, just not a great one. 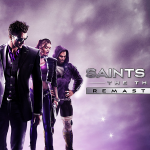