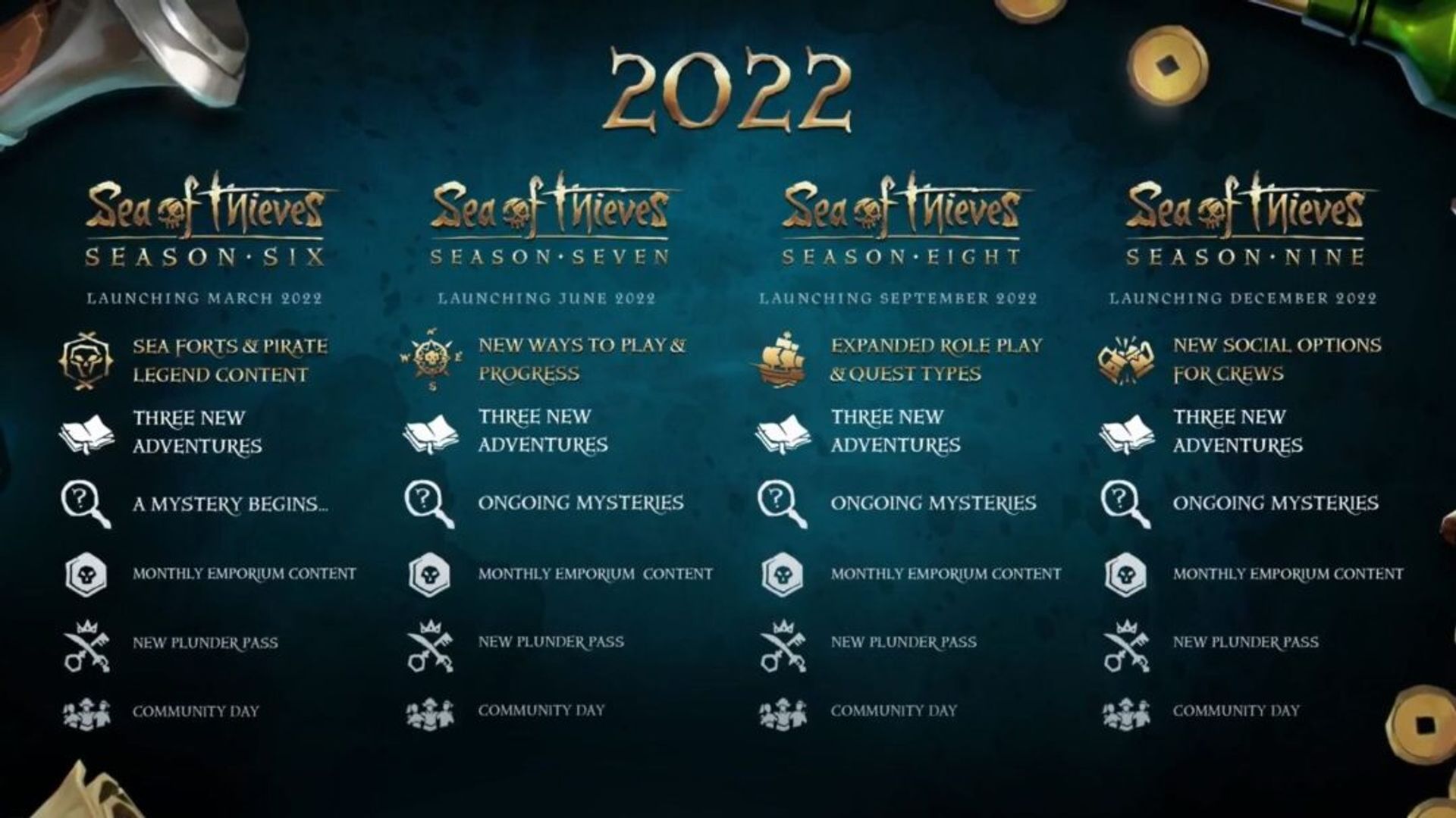 This week Sea of Thieves held its 2022 preview event (watch in full here) which gave players an insight into developer Rare’s plans for the coming months.

The first announcement was new narrative-driven content arriving in the form of Adventures and Mysteries. These are time-limited events and will last approximately two weeks, with a three-week finale Adventure that will impact both the lore and Sea of Thieves itself. Community choices will play a role in the scope of the impact on the game too.

The first Adventure, Shrouded Islands, will set sail on February 17. You can catch the cinematic trailer below.

Seasons will continue as usual, with regular content updates and features. Season Six will begin in March and will introduce Sea Forts! There will be six forts across the sea rife with raiding opportunities against phantoms and treasure to plunder. Season Six will also be introducing a new voyage fit for a Pirate Lord.

Despite the great slate of content coming in the next season, the Arena mode will sadly be removed as Rare has put all its efforts into the sandbox Adventure mode. Arena fans have until March 10 before it is gone forever.

What are you most looking forward to this year in Sea of Thieves? Let us know in the comments or on social media.

In this article:Rare, Sea of Thieves, SoT, xbox