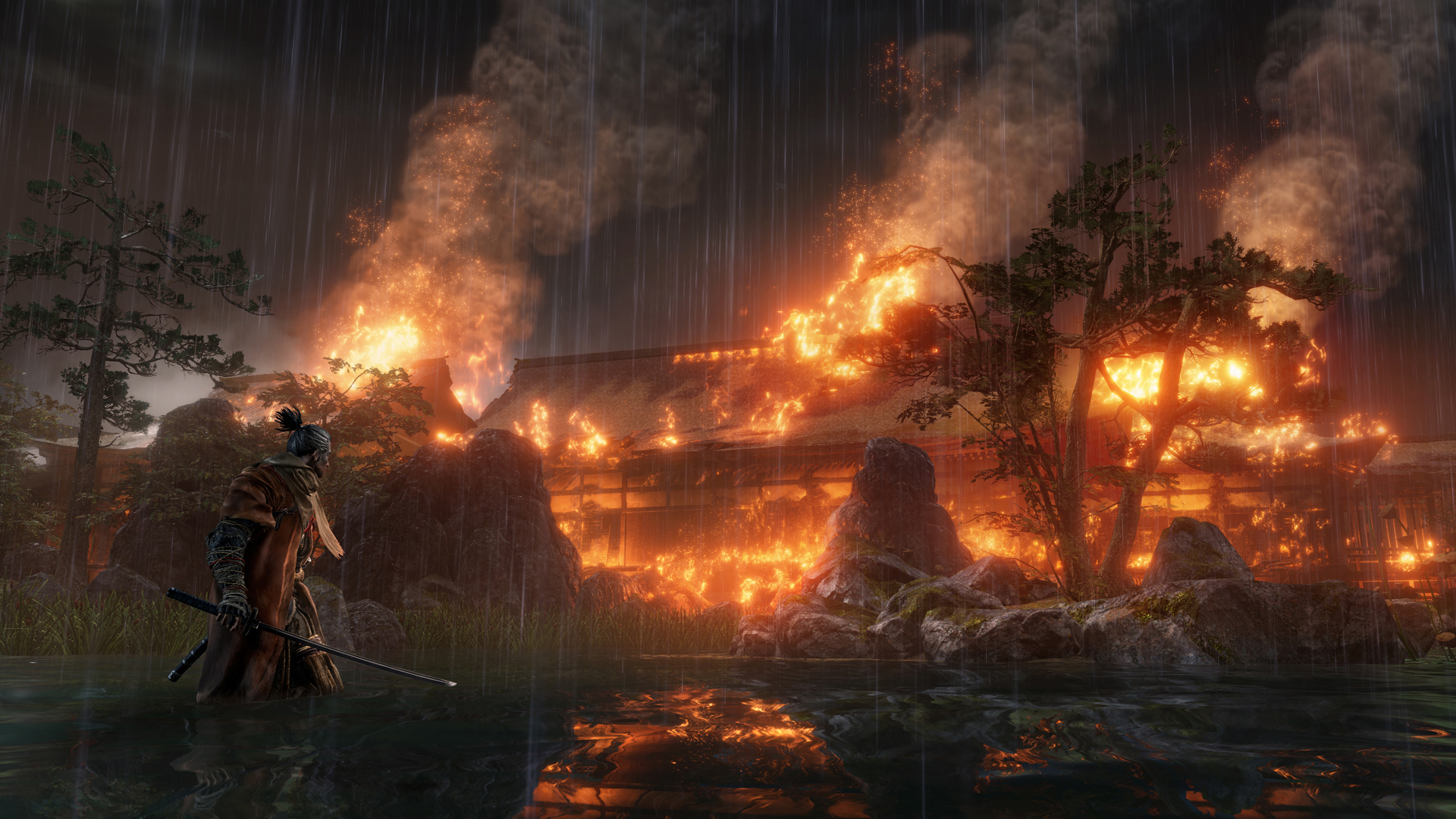 “In FromSoftware game, bosses are the main event. From Orsntein and Smough in Dark Souls to the Nameless King in Dark Souls III, the developer has crafted an incredibly rewarding enemy encounter over the last few years.” Written like someone who truly understood the level of detail that FromSoft had put into the Soulsborne games.

The latest GameInformer article regarding FromSoft’s upcoming new game, Sekiro: Shadows Die Twice, has been posted and it explains how due to the new combat that Sekiro features, bosses may feel a little different compared to what FromSoft fans are used to.

FromSoft have changed their approach to combat with Sekiro, which also means that they have to change how they design their bosses to accommodate the new combat. The people at GameInformer had some hands-on time with Sekiro’s bosses and they claim that whilst they still did have that classic FromSoft feel, the shift in design was noticeable and they could tell how Sekiro’s new gameplay could affect the way you approach the bosses on offer. We’ve aleady learned how Sekiro differs from Dark Souls in terms of character progression, but this is the first time we really get to hear how it affects one of the biggest parts of a FromSoft game, the bosses.

For a quick recap, unlike Dark Souls where you could customise pretty much every facet of your character, allowing the build combinations and such to be of a wide variety, Sekiro instead pushes you towards different skills trees and allows you to build based off of moveset and skillsets rather than stats. The build potential in Dark Souls meant that they had a lot of restrictions when desiging bosses.

We have to restrict ourselves, and how far we can take that balance and tuning, in order to cater to all these playstyles. Sekiro, with a fixed protagonist, allows us to hone in on that single-player experience, and tweak the boss battles anf the ecounters to accomodate for al of these tools at the shinobi’s disposal. So we want pplayers to eveutally use every aspect of their arsenal and really use their cunning, and use every aspect of their skillset, to take on these really challenging foes.” – Yasuhiro Kitao, FromSoftware’s community manager

According to GameInformer, FromSoft are really going the extra mile when it comes to tweaking and tuning every combat and boss encounter. Through this they have been exploring different ideas on how they can create new challenges. This also includes some of the new traversal and combat options. Director Hidetaka Miyazaki states that the these news options for traversal allows for dynamic movement for both the players and bosses themselves.

Previously, you would have just had to run around a huge boss’ feet and hack away at his ankles, but now you have all these movement options; you can both fully use the extent of that arena.

There are some boss fights that trhough design didn’t fit that staple. If we made every boss on where you were able to use the grappling hook to zip everywhere or stealth kill every boss, it would just get monotonous and boring. So there may be boss fights where you’re up against a huge creature and you need to use the full arena to get around very quickly and use that dynamism, but there may also be fights where you just need to go toe-to-toe and use every piece of kit in your arsenal – Hidetaka Miyazaki, Game Director

GameInformer’s writer, Suriel Vazquez, detailed the boss that they faced off against in their demo called “Lady Butterfly”. He explained that in this boss alone, these differences in design were noticeable in action, comparing most easily with Bloodborne’s Father Gascoigne or Dark Souls III Abyss Watchers. Whilst, for spoilers sake, I’m not going to go into the detail that they did, the boss seems cool (I can’t wait to fight it).