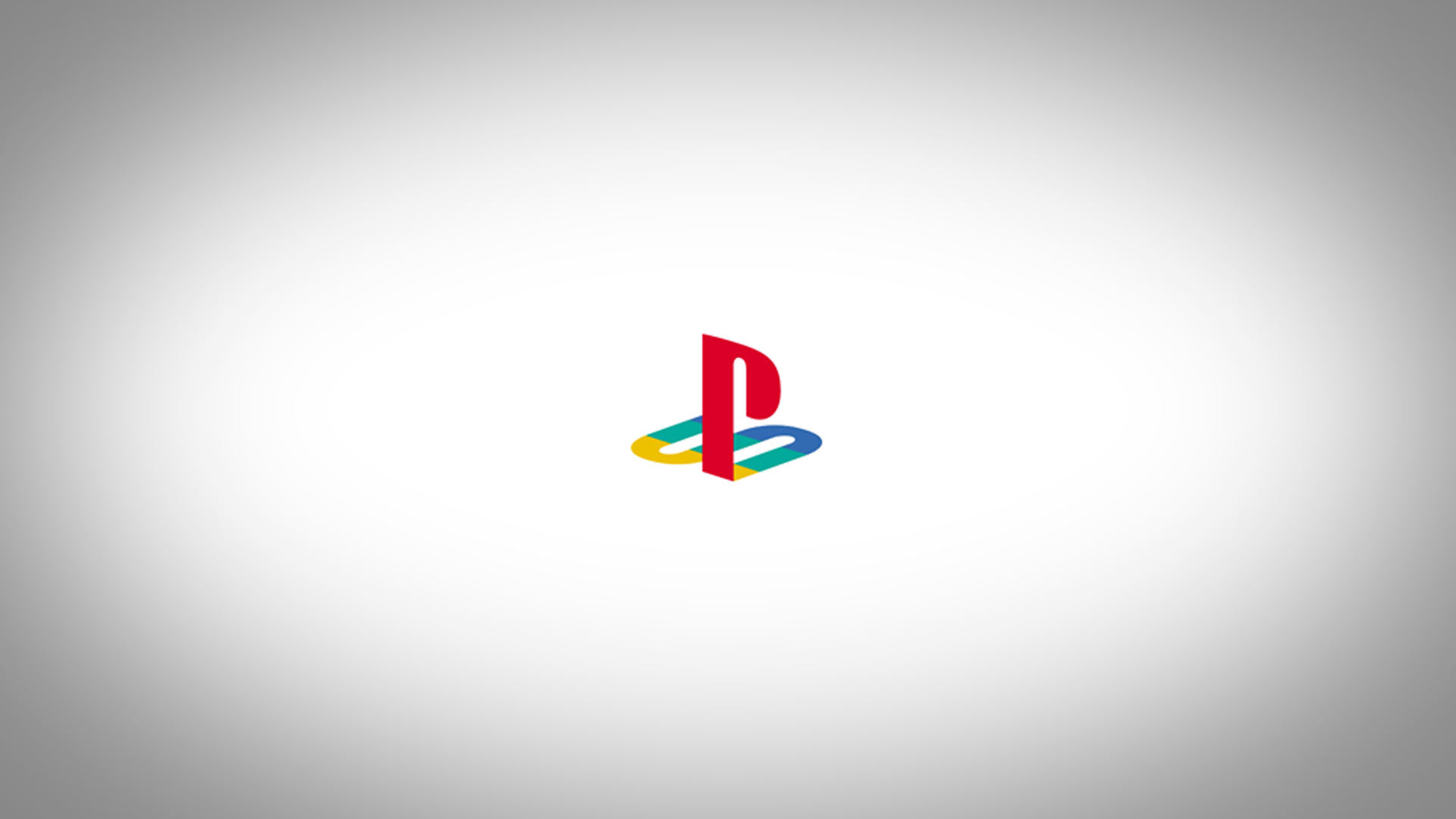 It’s hard to fathom that we are now into the third decade of PlayStation’s existence. It feels like just a few years ago I was experiencing the horrors of Resident Evil 2 (my favourite game) for the first time, flawlessly completing tracks in Wipeout 2097 and getting my first taste of pixelated boob in Tomb Raider on my faithful PS1. However, while that era generated plenty of quality and commercially successful titles, there were also plenty of quality experiences that may not have enjoyed the commercial success or mainstream popularity it deserved. Below I will highlight some titles that I believe were cracking games, yet somehow failed to become a big household name.

One of the very first PS1 games I played and finished all the way through, Broken Sword: The Shadow of the Templars was a welcoming first experience with interactive storytelling when it released in 1996. The 2D point-and-click adventure game from Revolution Studios may not have had the most appealing gameplay (point-and-click), but what it lacked in mainstream gameplay appeal was made up for in spades with its exceptional story and narrative, tremendous voice-acting and excellent soundtrack. For those that enjoy games with puzzle elements, you would have found the puzzles to be cleverly designed with a fair degree of difficulty. The artwork was also very impressive, with the richly detailed Paris backgrounds helping to bring the animated city to life. All of the aforementioned elements were heavily praised in the game’s reviews.

Although not considered a commercial smash hit, the Broken Sword series has gone on to release five entries (only one of which wasn’t released on consoles) and influenced countless others. Broken Sword: Shadow of the Templars went on to sell more than one million copies in the 1990s, an excellent achievement for a title in a rather niche genre. The game received a director’s cut release in 2009 for the Nintendo Wii and the 3DS. It was also ported to Windows, Apple, Android (which I bought it on) and Linux. Although the recent entries haven’t quite hit the heights of the early releases, I still enjoy and look forward to each new iteration.

A game I have written about previously, Future Cop: L.A.P.D. was a third-person shooter developed by EA Redwood Shores (now Visceral Games) where the player took control of the X1-Alpha crime fighting police robot. Set in Los Angeles during the year 2098, the campaign (known as Crime War) follows the X1-Alpha as he/she liberates various districts of LA from crime.

The game’s unique gameplay mechanic was the X1-Alpha’s ability to transform into different vehicles; whether it be a hovercraft or a mini mech-style robot, justice found a way to be delivered.

Future Cop featured two co-op modes, the first being the game’s campaign, which also featured a cool but often frustrating element was that both players’ health were linked. Meaning that if one player died, the other went down with them. The second co-op mode was a standalone mode called Precinct Assault (which can also be played against AI), in which players would verse each other. In order to win, one player must invade the other player’s base.

Future Cop: L.A.P.D. was one of my favourite games growing up, and sadly despite receiving mostly favourable reviews the game flopped commercially meaning that the IP was put to rest after just one release in 1998.

G-Police was released in 1997 and is a helicopter-based shooter developed by former Sony development studio Psygnosis (later known as Studio Liverpool). Much like the developer’s cult and critical hit Wipeout 2097, G-Police is set in the year 2097, where corporations and not governments have control over Earth and its subsequent space colonies. The campaign follows the game’s protagonist, known as Slater, as he joins the Government Police (G-Police) to find the truth behind his sister’s death.

The game could be played from either first or third-person viewpoint and featured dogfighting mechanics. Players could attack enemies at ground level by dropping bombs and leaving a wake of destruction. Slater’s aircraft was fitted with various weapons that could be upgraded across the campaign’s 35 missions, which are played out in dome-type cities.

G-Police received mostly positive reviews and went on to spawn a sequel (which didn’t hit the heights of the original). Although I am not normally a fan of games with a heavy focus on aircraft-based combat, I thoroughly enjoyed G-Police and I think it could make an interesting VR title if it were to make a comeback.

Another Psygnosis developed title, Lifeforce Tenka was a first-person and released in 1997. Set in the year 2096 in a dystopian universe, Lifeforce Tenka sees players play as Joseph Tenka as he battles with Trojan Inc., who are attempting to conduct unscrupulous experiments with alien genetics.

The distinctive feature about this shooter was the utilisation of one primary weapon, known as the Self-Generating Polymorphic Armoury, which through adding various modifications altered the weapon’s firing output. The game’s 20 levels featured impressive graphics and an imposing atmosphere

Although it didn’t the hit the of heights of genre heavyweights Doom and Quake, Lifeforce Tenka still received mostly positive reviews that echoed that it offered shooter fans a solid campaign with a good difficulty challenge.

MDK remains to this day, one of my most enjoyable gaming experiences. It’s a shame that Interplay never took the series any further than the two iterations we received. However, I’ll always be grateful to my Mum for shelling out $90 of her hard-earned money to shut me up as a squabbling whippersnapper back in 1997 when it released.

MDK is a zany third-person run-and-gun shooter developed by Shiny Entertainment, in which you play as part-janitor-part-superhero Kurt Hectic. Your task is to save humanity from an alien invasion by Gunter Glut’s army – the chief alien leading the alien invasion. Most of the game is played out in arenas where Hectic faces a myriad of aliens before taking on the level boss or ‘commander’ inside a minecrawler.

One of MDK’s unique mechanics allows Kurt to seamlessly transition from third to first-person view. This is done by using the game’s ‘Sniper Mode’, that allowed our valiant hero to take out enemies in the distance. Another neat feature is the atmospheric entry to each level. This is where Kurt skydives towards Earth whilst avoiding a minecrawler’s radar; if the radar spots you, missiles will then be fired in your direction which need to be avoided.

Despite not being a household name, MDK was both a critical and commercial success, and it surprises me that Interplay have never brought the IP to the recent generations of consoles. The most recent entry (MDK2) released in 2000 on the PS2, Dreamcast, PC and the Nintendo Wii. It’s a series I would love to see a new iteration of (I wrote about it in Issue IV (4) of Second Chance Saloon), and with Interplay selling off its IP assets, hopefully someone acquires it and gives it a new lease on life.

The pinnacle of my racing genre interest was on the PS1, with titles such as Wipeout 2097, Rapid Racer, Jet Rider and Road Rash all frequently getting a gig. However, you’ll notice that none of these games are car racing games; in fact for whatever reason car racing games have never been able to grab my attention let alone hold it. But, there’s always an exception to the rule, and for me that exception (or guilty pleasure) was Porsche Challenge, a game we bought alongside the purchase of our PS1. I don’t know why or how, but for whatever reason Porsche Challenge seemed to elicit my inner speed demon.

The PS1 exclusive featured six flavours of the Porsche Boxter and each of the drivers have different personalities, each as ridiculous as the next (for example there’s a Swedish model, British DJ and a French journalist available to choose from). Why they felt the need to give each driver a completely unrelated background who knows, but in their defence they do partake in some quality pre-race repartee.

Porsche Challenge is an arcade racer that features three different game modes: Classic, Long and Interactive. Classic was your…classic arcade race, Long featured tracks that changed every lap and Interactive mode was similar to Long mode, but changes to the tracks could occur at any moment. There are four race track locations utilised in the game: USA, Japan, Alpine, and Stuttgart.

The game was met with mixed to favourable reviews upon launch in 1997 and to this day it remains one of my favourite racing titles (which there aren’t many), bringing back some fond memories of playing with family and friends.

Releasing in 1999, Shadow Man was a third-person action-adventure game developed and published by the now defunct Acclaim Studios that was based on the Shadowman comic. Players assumed control of Michael LeRoi – the present day Shadow Man, a voodoo warrior and protector of the Liveside (world of the living) from the threats from the Deadside (world of the dead), with the ability to transition between the two worlds with the use of his deceased brother’s teddy bear. LeRoi is bestowed with the task of hunting down and killing ‘The Five’ – a group of serial killers recruited by the game’s lead antagonist, Legion. LeRoi must then put an end to Legion’s plans to unleash the Apocalypse.

During the early stages of the game LeRoi is unable to use his Shadow Man powers in the world of the living during the day, instead having to resort to traditional methods such as using the various weaponry available to slay his enemies. Eventually LeRoi acquires the power to use his Shadow Man powers anywhere. The game also had an upgrade system, which gave LeRoi powers such as the ability to walk over fire without affliction.

The game initially launched as a Nintendo 64 and PC title before being ported to PlayStation and then later the Sega Dreamcast. The title received mixed to positive reviews, with the PlayStation version being marred by severe framerate issues. At the time however I didn’t notice the issues and consider Shadow Man one of my favourite PS1 games, mainly due to my fascination with the Jack the Ripper (who is referenced within the game) era of history.