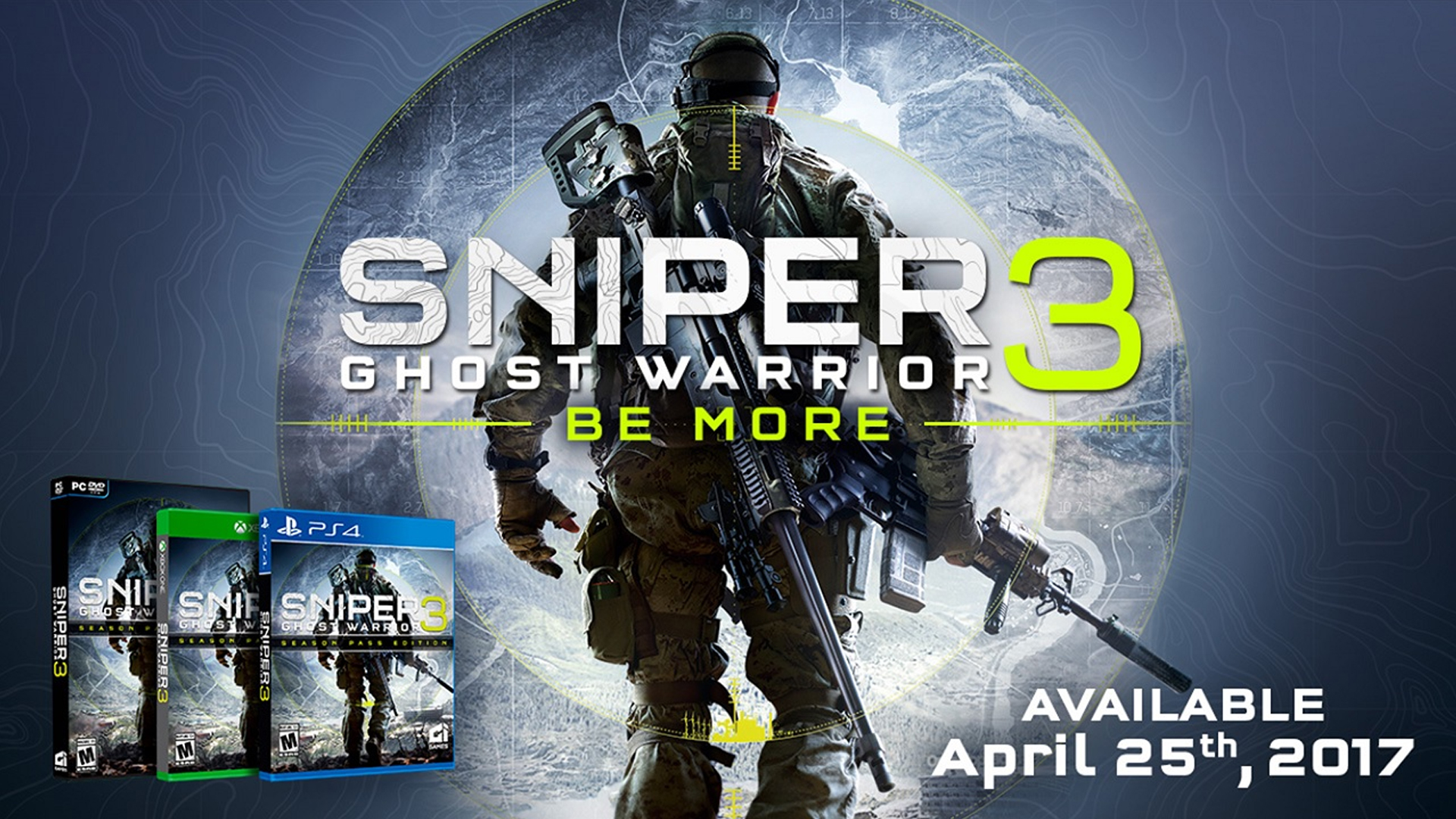 Tonight, Polish developer and publishing outfit CI Games have announced that their impending Sniper Ghost Warrior 3 title has been delayed until April 25, 2017.

This is the third time that CI Games have shifted the release date for SGW3, with the game originally scheduled to release late 2016. That then became January 27, 2017, which was then pushed to April 4, 2017, for optimisation reasons.  The reason for the latest (and hopefully the last) set back is that the team at CI Games wish to “complete some final implementations based on feedback CI Games received during the beta.”

You can read the full announcement below:

After some internal discussion with the development team, a decision was made to delay the release three more weeks to complete some final implementations based on feedback CI Games received during the beta.

“We’ve worked tirelessly creating a whole new Sniper Ghost Warrior experience set in an ambitiously crafted open world new to the series,” said said Marek Tyminski, CEO of CI Games.
“While it’s an unfortunate decision to delay the game one last time, we believe these final changes will result in a better experience for players worldwide on day one. Thank you for your patience – we know the wait will be worth it.”

It was also revealed that all PS4, PC and Xbox One pre-orders will come the game’s season pass at no additional cost.

While we did not play the game during its beta testing, I am going hands-on with the title this Wednesday. So check back for a preview/report in the coming days.