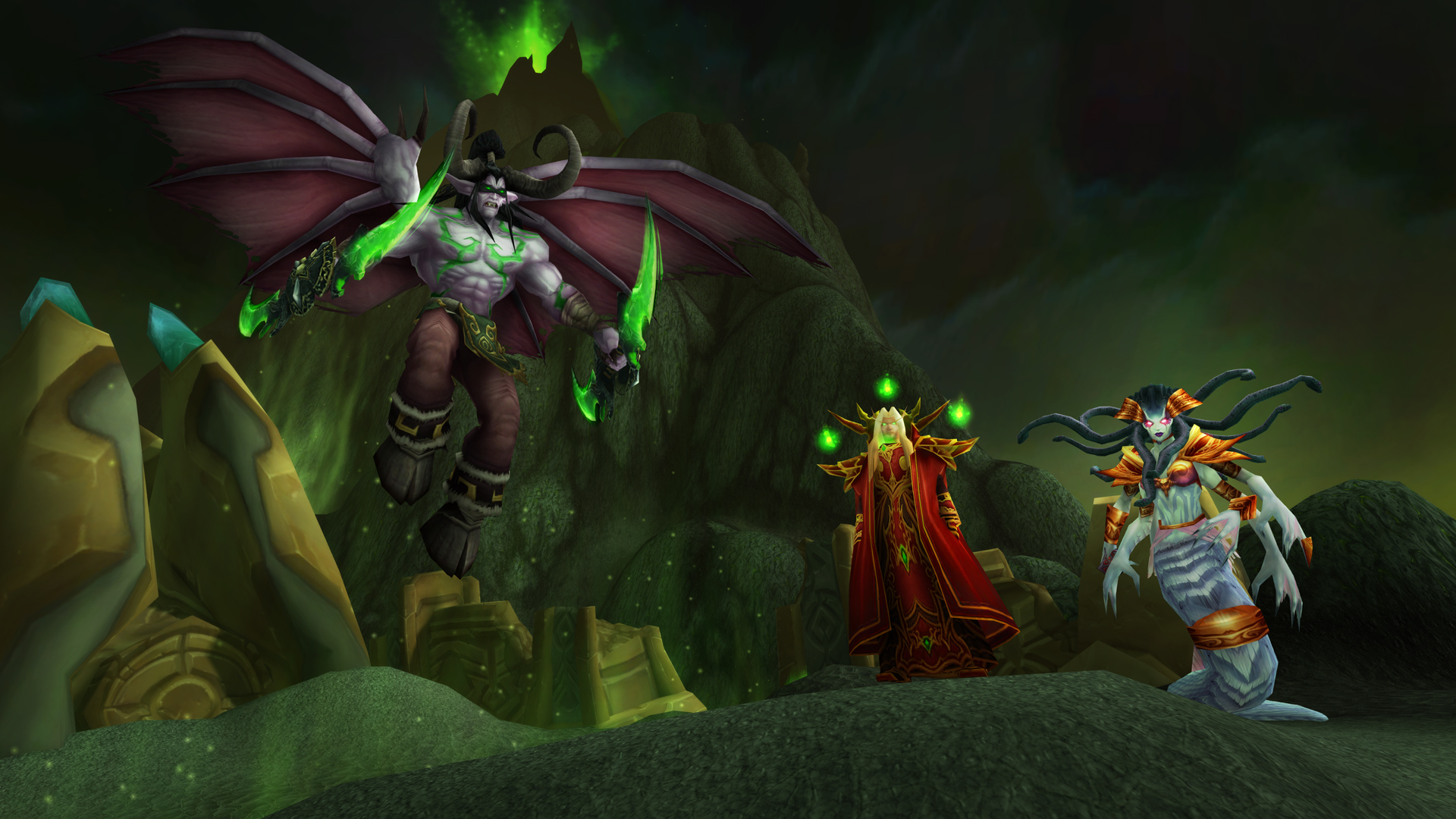 Surprising no-one, but activating the hype-lobes of many a classic player – Burning Crusade Classic has been announced.

For those that remember 2007, The Burning Crusade was an incredible experience. After finally feeling through the teething problems of WoW as a fledgling MMO, the crazy guys at Blizzard delivered a massive ‘next chapter’ experience, including:

While the expansion was far from perfect, Blizzard has recognised this and has mentioned that there will be a handful of changes to make the TBC experience a little smoother.

The first is an announcement that players looking to play as one of the two new races will be received a ‘head start’. Back in 2007, the content of TBC released all at once, meaning that anyone starting a new character would be entering the world at level 1 – while all their mates would be venturing off to get that level 61 ding. This made the community experience a little tough – as entire guilds of people would likely be tapping their foot at level 70 waiting for their Blood Elf and Draenei mates to catch up.

By providing access to the new races before ‘un-gating’ the level 60+ content, Blizzard gives players a nice little buffer to make sure the foot-tapping period of guildies is lessened.

One of the other noteworthy takes provided by Blizzard is that they are aware of the disparity that surfaced between Horde and Alliance paladins. In short? Horde paladins pooped all over Alliance paladins, damage wise – all for one silly reason.

With the addition of all classes between both factions, Blizzard opted to keep a little flavour by giving some faction-specific abilities to them – one of these was the spells Seal of Vengeance for Alliance, and Seal of Blood for the Horde.

Without going into ultra detail and boring you to tears, the bottom line was that Seal of Blood was way better than Seal of Vengeance. While they were designed to have some semblance of damage parity, in practice they absolutely did not. So how do they fix this?

Simple – both factions will receive BOTH spells. Bam, the flood of Horde paladins will be stemmed because people can be OP on both sides of the conflict. Nice!

I am personally super excited for TBC, as it reflects a period of Warcraft gameplay where I hit an important milestone: I learned how to play correctly.

After my entire Vanilla career was spent derping around and barely understanding what I was doing, something click as TBC approached. I finally figured out a great many mechanics that others had grasped long ago – and suddenly I became competent.

So I am keen to get back into Outland, and once again fool myself into thinking I am a pro WoW player.

As with WoW Classic, access to Burning Crusade Classic will be included in players’ existing World of Warcraft subscriptions at no additional cost – so we can expect a fairly generous amount of vacationing players and diehards alike.

Blizzard Entertainment has also announced that there will be a beta test for Burning Crusade Classic, giving players the option to share feedback on the experience.

More information on the beta test, including how to sign up, will be announced at a later date.

In this article:Activision-Blizzard, blizzard, The Burning Crusade, world of warcraft, World of Warcraft: Classic