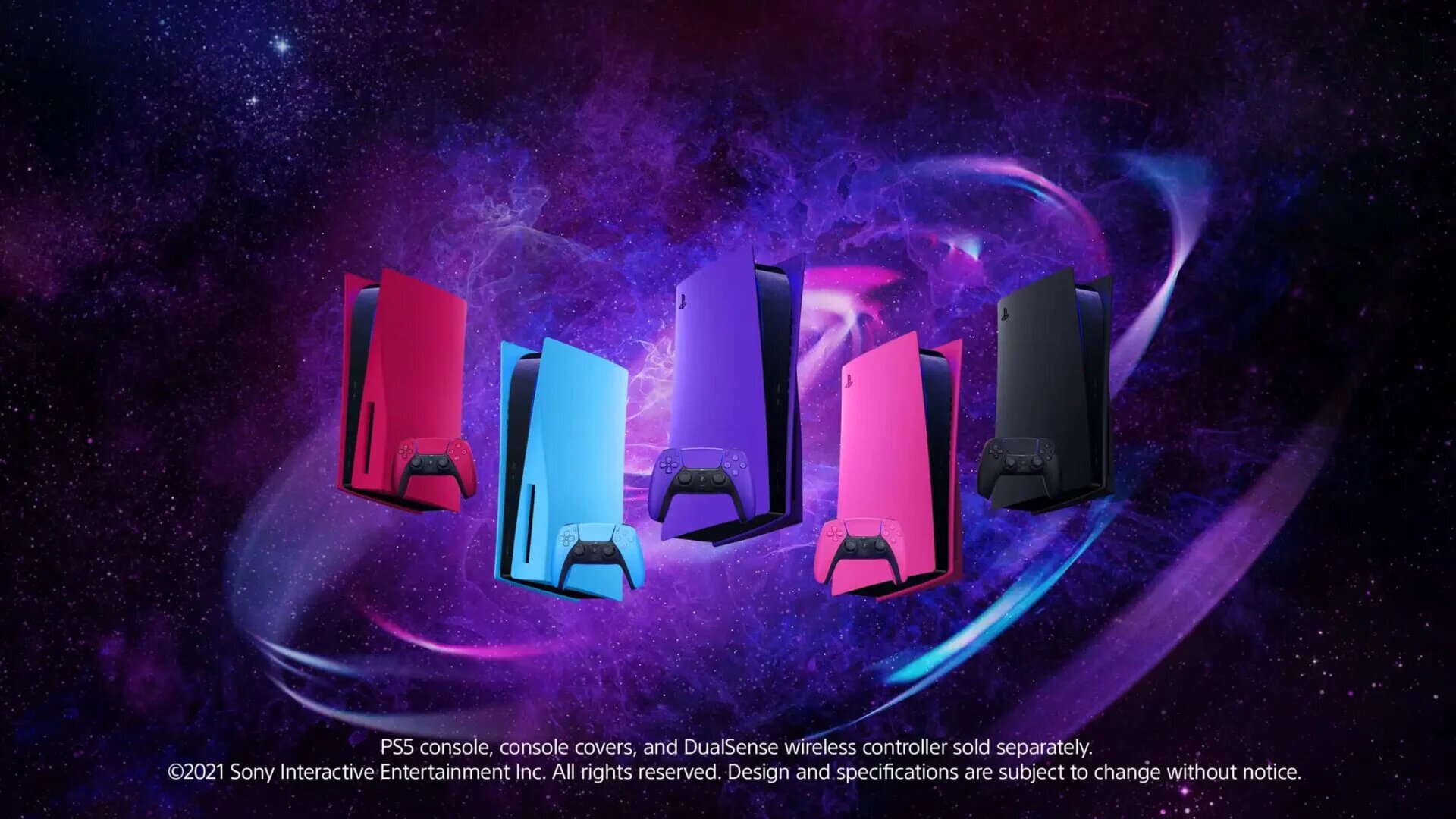 Sony has announced official PS5 console covers. The covers are part of the galaxy-inspired colour collection, with a choice of five colours available: Nova Pink, Starlight Blue, Midnight Black, Galactic Purple and Cosmic Red. The covers will have an RRP of $84.95.

In addition to this, Sony has also announced the release of three new DualSense Controller colours to match the covers. Starlight Blue, Nova Pink and Galactic Purple controllers will be joining the existing Midnight Black and Cosmic Red. The controllers wills have a RRP of $119.

The Midnight Black and Cosmic Red console covers are due to arrive in Australia in January 2022, with the remainder coming in the first half of 2022. Details of the DualSense controller release dates will be announced when they become available.

Are you going to get a console cover or new controller? Let us know in the comments or on social media.

In this article:PlayStation, playstation 5, PS5, Sony