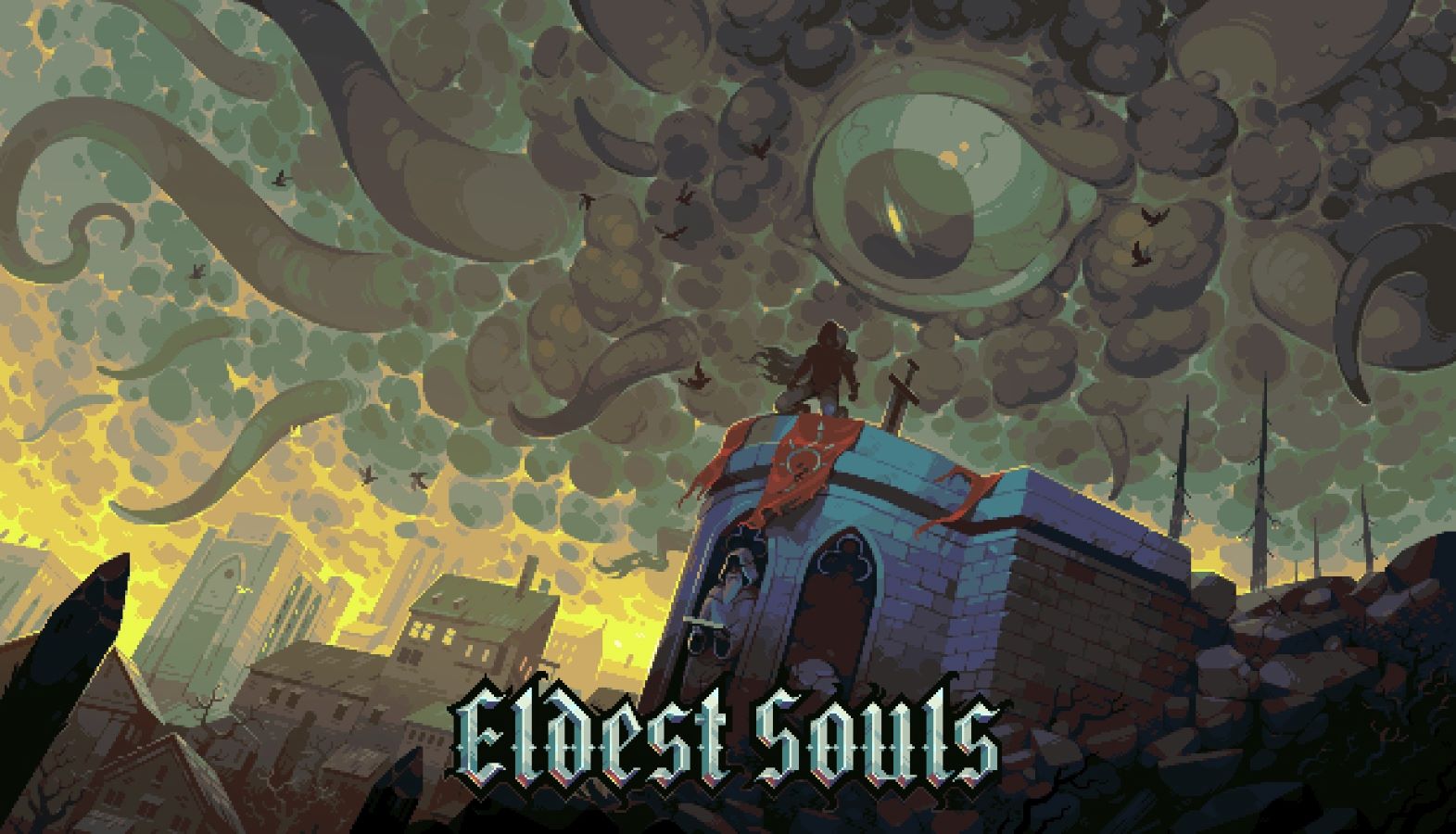 The game’s Steam page has the following description:

Following centuries of servitude, Man finally rebelled against the Old Gods, imprisoning these colossal calamities within the sacred walls of the Citadel.

But an evil stirred within…

In a final act of vengeance, the Old Gods have unleashed a great Desolation upon the world. Mankind is fading, with but a glimmer of hope remaining.

Heavy is the burden that lies on one lone Warrior. Armed with a greatsword… of the purest Obsydian.

Eldest Souls looks brutal but beautiful. Who’s keen to check it out next month?