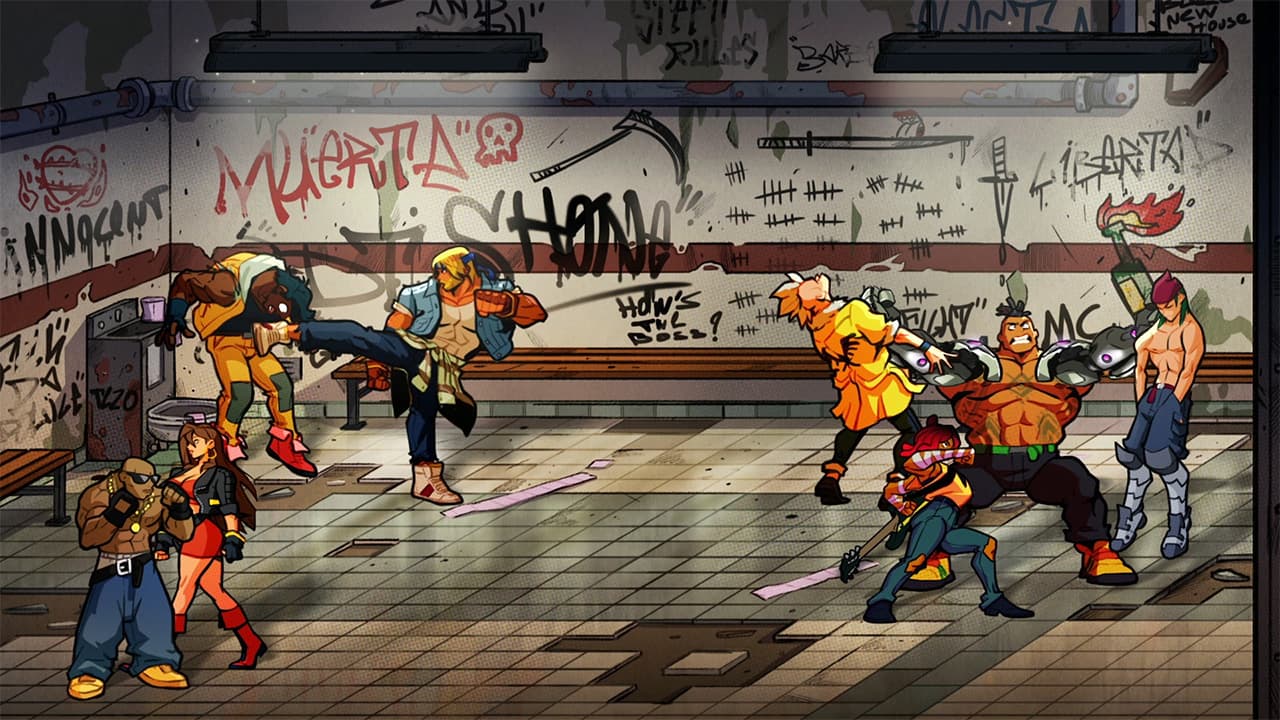 Streets of Rage 4’s publisher DotEmu has this morning refused to confirm (or deny for that matter) that the leaked release date is the game’s release date. Writing in a follow-up tweet the publisher acknowledged the leaked date but stated it was unable to confirm the date but would let fans know as soon as possible. They did, however, confirm that the retro characters returning in the game was the real deal. You can check it all out in the tweet below:

We are aware that some of you have seen a release date leaked this afternoon. Right now we cannot confirm it yet and apologize for the confusion.

We will keep you updated officially as soon as possible and thank you for your patience.

Over the past couple of weeks it feels like all the talk around game releases has been it’s a matter of when, not if, games start getting delayed. This conversation was further fuelled when Sony announced late last week that they had delayed the launch of The Last of Us Part II and Iron Man VR indefinitely, and it seemed like every other release would follow suit. Thankfully, we have some good news to report, and that’s that the upcoming Streets of Rage 4 is set to launch on April 23, 2020 with a price of A$37.50 – that is if an updated Nintendo Switch listing is to be believed.

Without a date previously, all digital store listings release dates simply pointed to a 2020 release date, including the Nintendo website. However, this evening hawk-eye eShoppers spotted an updated listing on the Australian eShop that showed a release date of 23/04.

While there’s been no confirmation from the game’s publisher DotEmu, the fact that Limited Run has recently been pushing its physical pre-orders for Streets of Rage 4 (which in itself is no guarantee), coupled with an ‘interesting’ email we got surrounding the title last week, the (street) signs seem to be pointing to the April release date being on the money. You can see a potato screenshot of the eShop listing below: 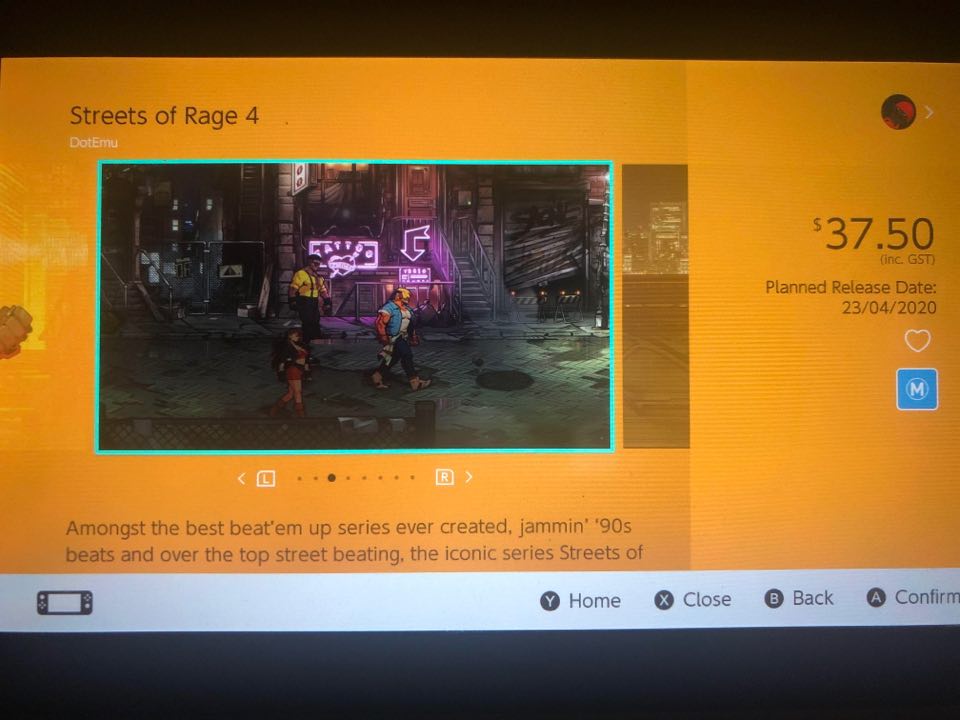 Not only does the game’s listing reveal the release date, but the game description also reveals that players will be able to play as pixelated versions of Axel, Adam, Skate, Blaze, Max and more from previous Streets of Rage titles, as well as being able to enable to older games iconic sound effects and soundtracks.

Personally I am stoked about this news as Streets of Rage 4 is one of my most anticipated titles of the year. I can’t wait to get my hands on it and experience some more modern nostalgia.

What do you make of the release date for Streets of Rage 4? Let us know in the comments or on social media.

In this article:how good, Streets of Rage 4, yeah boi