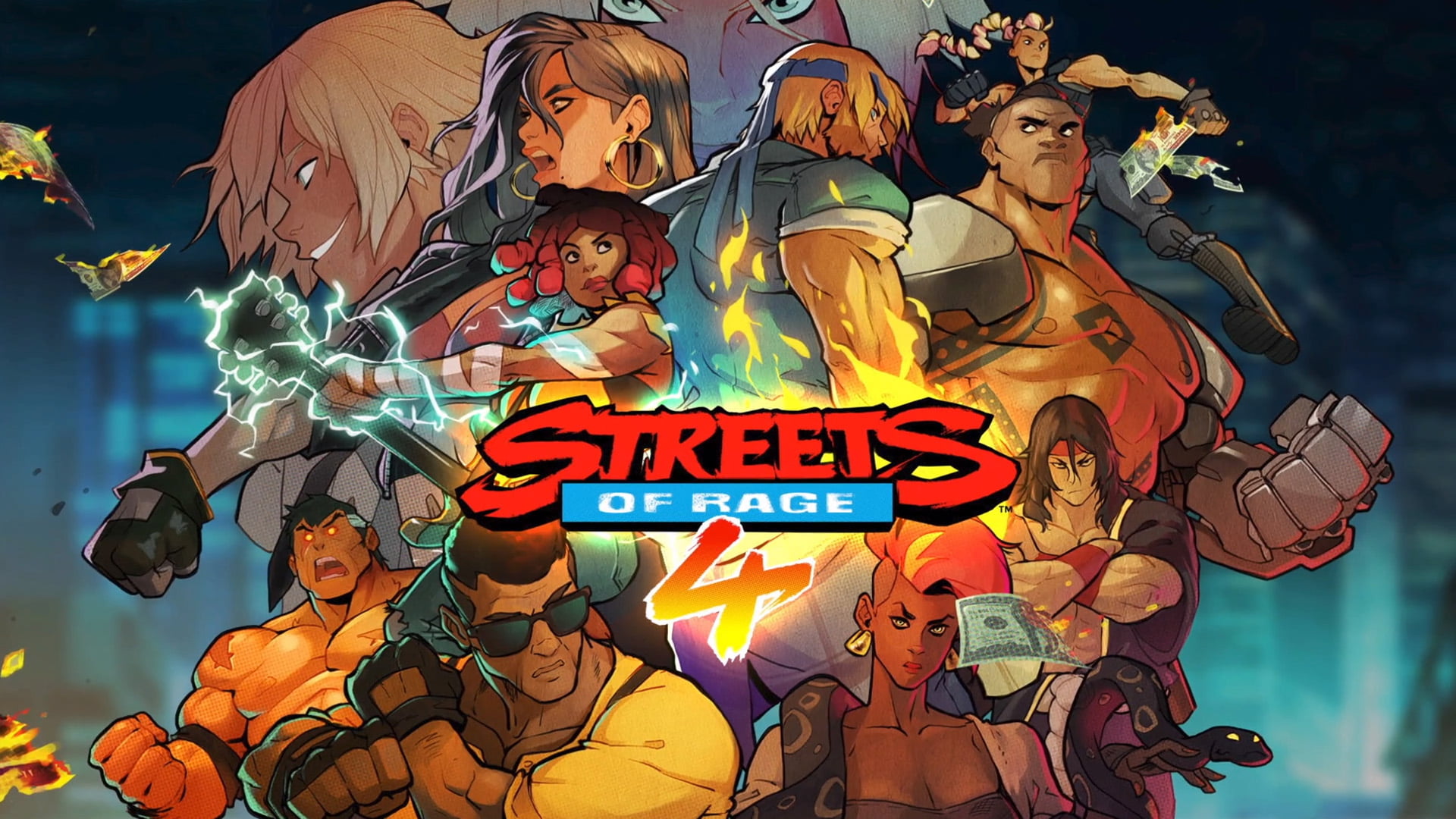 Kicking up a storm

Set ten years after the events of the trilogy, SOR4 takes place in Wood Oak City, which is home to a new crime syndicate known as the Y Syndicate, led by the twins of fallen crime lord Mr. X (no not the one from Resident Evil 2), who rise up and attempt to take control of the city. Beloved heroes Axel Stone and Blaze Fielding return and are joined by a new duo of fighters: Cherry Hunter (daughter of Adam Hunter, who’s also a playable character) and Floyd Iraia (a Jax-like creation), who together must take down the Y Syndicate and save the city.

It’s cheesy and plays out like a Saturday morning cartoon of yore, such as Teenage Mutant Ninja Turtles, Samurai Pizza Cats, and Street Sharks, but that’s part of the charm, even if it is largely forgettable. Then again SOR has never been about the story, essentially it acts as a backdrop that provides context for you kicking, punching and body-slamming a bunch of thugs and their bosses.

Speaking of backdrops, if you had any reservations about the game’s art style, don’t, because visually the game is simply breathtaking. Gone are the static backdrops from the previous games and instead each level is teeming with life and detail thanks to the hand-drawn work, blood, sweat and tears of Lizardcube. Seriously, the attention to detail is incredible – you’ll see police and thugs tussle or people chowing down on a delicious feed in the background, and the flames from Axel’s Grand Upper move will reflect off the pools of water as you duke it out with ruffians throughout the city. There are many more, but these are just some examples of how much effort has gone into the level design.

Just beating up a bunch of Dicks

Not only are the backdrops visual splendour, but the character models are top-notch too. Every character looks like they’ve aged like a fine wine thanks to stockier builds; I guess that’s what a lifetime diet of bin chicken and apples will do to you – Axel’s bulging biceps will tell you as much (he’s definitely been keeping his body pretty tight). The enemy design is also spot on, with a high number of returning characters and bosses looking prime for a beating (I’m talking to you Donovan and Y Signal). Lastly, the quality of the animations is off the charts, every character, good or bad, moves with swagger and purpose, and every attack just looks so damn good.

Thankfully, the game plays as good as it looks. It’s vintage 2D SOR beat ‘em up brutality as you know it with a few modern tweaks. First of all the game can be played solo or up to four players locally, while online support is limited to two players. Much like the original games, each character has their own unique move set, including a special, however this time players also have a star move – a move that can only be used if you have a star handy. Players start with one star at the beginning of every stage, and additional stars can be earned or found during the level. These moves deal a higher amount of damage and unlike a special, a star move won’t take your health away.

As is tradition, you’ll spend most of your time fighting waves of the same characters using the same moves, however SOR4 introduces a number of new enemies not seen in the series before, and enemies will sometimes fight one another, spicing up the mix a bit. Despite the waves of friendly faces, the gameplay never feels repetitive, especially in co-op. Time and time again I used the Grand Upper and each time it felt sweeter. There are also a ton of weapons lying around, including street signs, swords and the good old steel pipe that can be used to inflict damage.

Never bring a gun to an elevator donnybrook

Visually the game is simply breathtaking…each level is teeming with life and detail thanks to the hand-drawn work, blood, sweat and tears of Lizardcube. Seriously, the attention to detail is incredible

Moreover, little tweaks such as being able to recover lost health when using a special by attacking enemies and not taking damage is a welcome inclusion. SOR4 also includes a save system that will save your progress at the end of each chapter, and you’ll start with a fresh batch of lives (the number will vary depending on your difficulty level).

Where SOR4 differs from the originals is in the scoring system. In the previous games, players would acquire points from hitting an enemy or picking up a cash bag etc. While that’s still present, SOR4 also rewards players for completing combos (a number of hits without taking damage or timing out) – the bigger the better. You’ll also get a rank rating at the end of each stage, and more points mean a higher rank.

While it’s a good time flying solo, playing in co-op is where the fun really is. The more players you have, the more enemies you’ll face, meaning the more arses you’ll have to kick. I mean, when the donnybrooks sound and feel as good as they do in SOR4 you’ll never want them to end. You also have the challenge of friendly fire (which you can turn off) to deal with. Additionally, the boss fights are infinitely easier playing with a partner, and taking the damage sponge bastards down together is both a rewarding and bonding experience. The gameplay is addictive and some of the best fun I have had this generation.

Going down in a Blaze of glory

Then there’s the soundtrack, which is a collective effort by a number of composers, including works by the series’ legendary composers Yuzo Koshrio and Motohiro Kawashima. However, the main aural architect on SOR4 is Olivier Derivière (A Plague Tale: Innocence, Remember Me, GreedFall), a name that filled me with great excitement but some fans with trepidation. But worry not, much like the game’s artwork, the soundtrack is banging thanks to a mix of dubstep and 90s club music that complements the beatdowns happening on-screen (huge props for including a spin on the iconic James Brown/Lyn Collins “Woo! Yeah!” sample). However, if you want to revel in the beauty of the soundtrack from SOR1 and SOR2 you can set that as the game’s music before venturing off into the city.

For the trio of developers, SOR4 is clearly a labour of love, and they haven’t forgotten the game’s roots or original fanbase either, choosing to include a host of retro features that will please OG fans, such as the original soundtracks. Players can also play as characters from the original trilogy in all their retro glory (looks and sound effects) once they have been unlocked. So if you want to play through the entire campaign as Skate or another retro character you can.

The story isn’t overly long, with a co-op playthrough taking me a little over three hours, while a solo run was under five. However, for A$38 there’s a ton of replay value here, whether it be chasing unlocks or higher ranks, or the game’s additional Battle Mode. Plus if you really want to prove your worth you can try the Arcade Mode, which gives a select number of lives and no saves to complete the story. Old school style.

So often developers try and recapture the magic of beloved games but fail to stick the landing. That is not the case here though, because Streets of Rage 4 is a carefully thought out and respectful tribute to a series that captivated a culture of fans. Regardless, some elements are inevitably going to draw the ire of fans, whether it’s the art style, the soundtrack or something else. But I love that Dotemu and co. took a chance on a dormant IP and modernised it, giving it a new lease on life. And I love that players, new and old, have the chance to play a new Streets of Rage game in 2020. 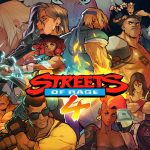