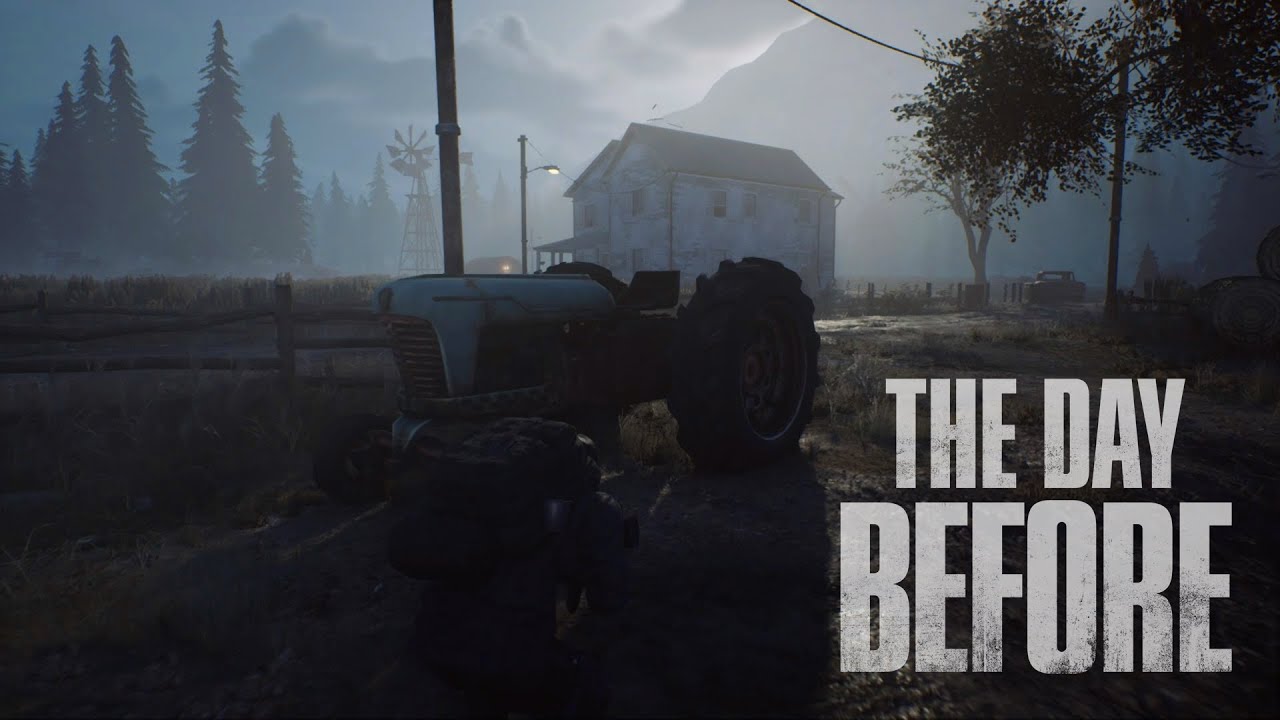 Announced out of the blue back in January, The Day Before is an upcoming open-world survival MMO that combines elements from The Last of Us and The Division. The four-minute-long announcement trailer showed off some impressive visuals and gave us an idea as to what the game would be, but it definitely left us wanting more. Appearing out of nowhere again, like a reverse thief in the night, developers FNTASTIC have dropped a 10-minute trailer titled Countryside that shows off a fairly solid chunk of gameplay.

Focusing on a more rural area this time, the trailer opens with a voice coming from a radio, somberly explaining that their time is about to come to an end. It’s a trope that we see a fair bit in trailers, but this short bit of dialogue does set a bleak tone that’s for sure. After the disk jockey bites the dust, we cross over to a two-man convey, making their way through some marshy terrain in a couple of cars, giving me flashbacks to getting stuck in SnowRunner, yeesh.

Coming across an abandoned petrol station, the two lads pull over and get to looting, gunning down a number of undead while they do so. Whether they’re ever in much danger isn’t really known, but there’s a fair bit of tension surrounding everything they do as if they could be swarmed or ambushed at any time.

Speaking of which, the two fellas then make their way to a nearby house, attempt to turn off an alarm and subsequently attract a whole bunch of unwanted attention when they fail. A handful of curious zombies are dealt with, but the approaching players in police vehicles are what scare off our trailer protagonists. This whole sequence raised my heart rate a little bit if I’m honest. Disregarding the unnerving amount of mannequins in this deserted house, the introduction of enemy players made me feel uneasy and even a touch nervous.

The visuals continue to impress and the tone set in this trailer is impressive, so I’m on -board to see more from The Day Before. Although it’s without a release date at the moment, it has been confirmed for a Steam launch. Enough of my dribble, give the trailer a watch:

What do you think of the Countryside trailer? Are you excited to see more from The Day Before? Let us know.

In this article:mmo, Open world, pc, Shooter, survival, Survival MMO, The Division, The Last of Us