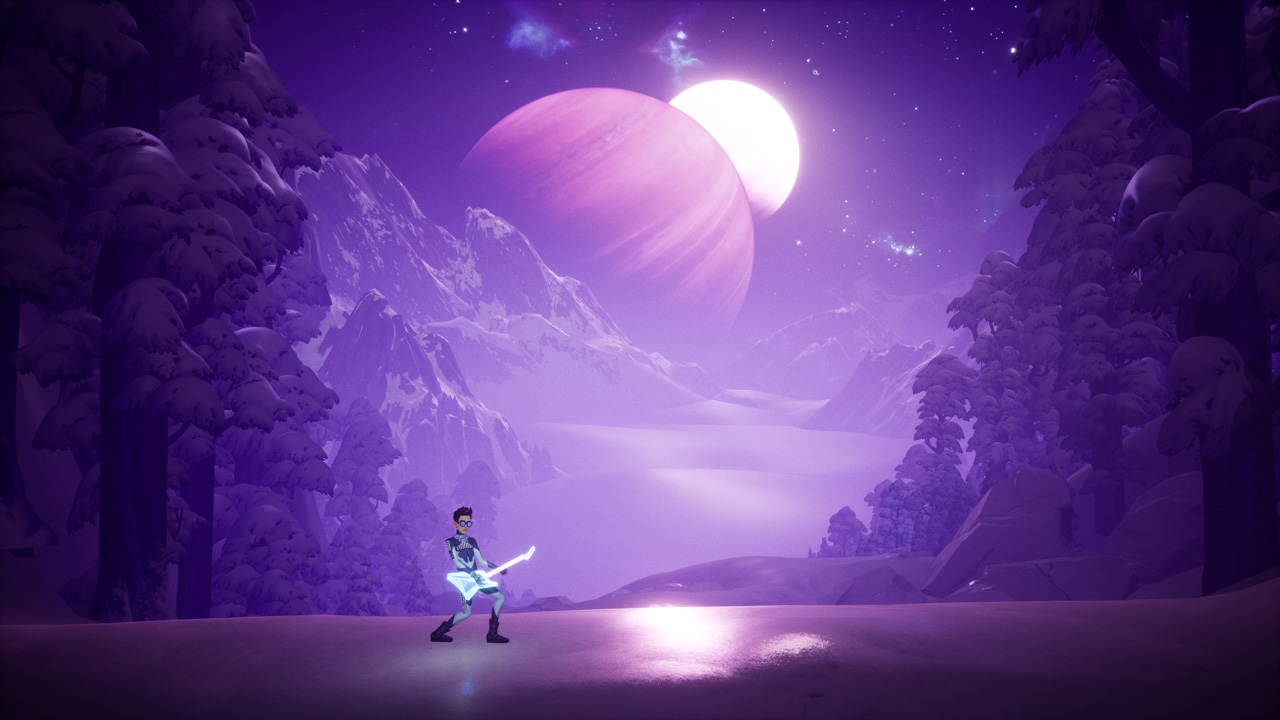 Almost 15 years ago I packed my bags and moved from little old Tasmania to the hustle and bustle of Melbourne, Victoria. Why? Because I wanted to be a rock star and I honestly believed it would happen. My parents didn’t (fair shout really). In the years prior I had taught myself to play guitar, bass and keyboards, and had written and recorded over 50 songs. I once read a quote that said “You’re only as good as the songs you write,” and it was something that stuck with me while I was figuring out what kind of guitarist I wanted to be. I was never interested in being the most technical player; for me it was always about big, catchy riffs (like my idol Rich Ward) and good songwriting, something I believe I had genuine ability in. The one time I did have a handful of guitar lessons to try and learn music theory, they turned into sessions where I showed my teacher my latest song, riff or idea and we’d talk about it – I just had that innate desire to be creative. It’s why after nearly 20 years of playing the guitar I have never learnt a cover song. Did that hinder my learning? Probably. But I was always of the mindset that I’d rather write my own songs than learn someone else’s. You can hear a bunch of my old demos here.

Anyway. What does this have to do with Beethoven & Dinosaur’s The Artful Escape?

Well you see, much like Francis Vendetti, I had a moment, an opportunity, to take a leap of faith and commit to my making my dream happen. I mean after all, it was a matter of when not if, right? The thing about moments is that you have to have a combination of balls and belief, and essentially say “Fuck it” and have a red-hot crack at making it happen. Sometimes it works and sometimes it doesn’t, but at least you gave it shot. Or, you do what I did and at the opportune moment second guess yourself and put your dreams on hold. In laymen’s terms: I shit myself and it’s why I work in retail day-to-day now instead of touring the world and selling out arenas.

Do I regret it? Of course. I left all my friends and family in Tasmania to pursue my dream, and when push came to shove I choked and took the safe option. I’ve thought about it a lot over the years and wished I made a different choice. I don’t get much time to play or write music these days, and it’s something I miss doing a lot.

It’s for this reason that The Artful Escape’s story resonated with me. Sure it’s about escapism, expressionism, and well, jamming with huge monsters in space. But it’s also about believing in yourself and having that courage to take a leap of faith when life presents you with a moment to do so. Thanks to creative director and writer Johnny Galvatron, a former musician himself (an actual famous one too), I was able to live vicariously through Francis Vendetti, who like myself, has music running through his veins, overcoming self doubt and finding his true purpose through music. The latter may not have happened to me in a musician sense, but my love for music is just as strong, if not stronger than it was when I thought I was penning the next Diary of Jane.

Also, The Artful Escape is just a rad video game. I mean everything about this game is simply excellent. Whether it’s the writing, the voice acting, the art style or the soundtrack – everything is just fantastic. Furthermore, it’s unlike any game I have ever played before, let alone imagined. I constantly wondered how developer Johnny Galvatron even conceived the ideas for the world, its characters or the story. It’s a celebration in video game creativity that simply must be experienced to be appreciated.

In other years, something like Resident Evil Village would have been my favourite game of the year – a big-budget entry in my favourite series. But while I enjoyed my time with Village, The Artful Escape spoke to me in a way no other game has before. I had seen The Artful Escape in the years prior at PAX Australia, and not once did I think it was going to hit me the way it did or that I would be crowning it my game of the year.

In the words of Lightman, one of the game’s characters, “An artist’s job is to give the audience something they could never have imagined.” Not only did Galvatron nail it in every way possible, but he also gave this never-was the rock star moment he had been wanting since he first picked up a guitar.

In this article:Beethoven & dinosaur, Cause we all just wanna be big rockstars, francis vendetti, johnny galvatron, the artful escape