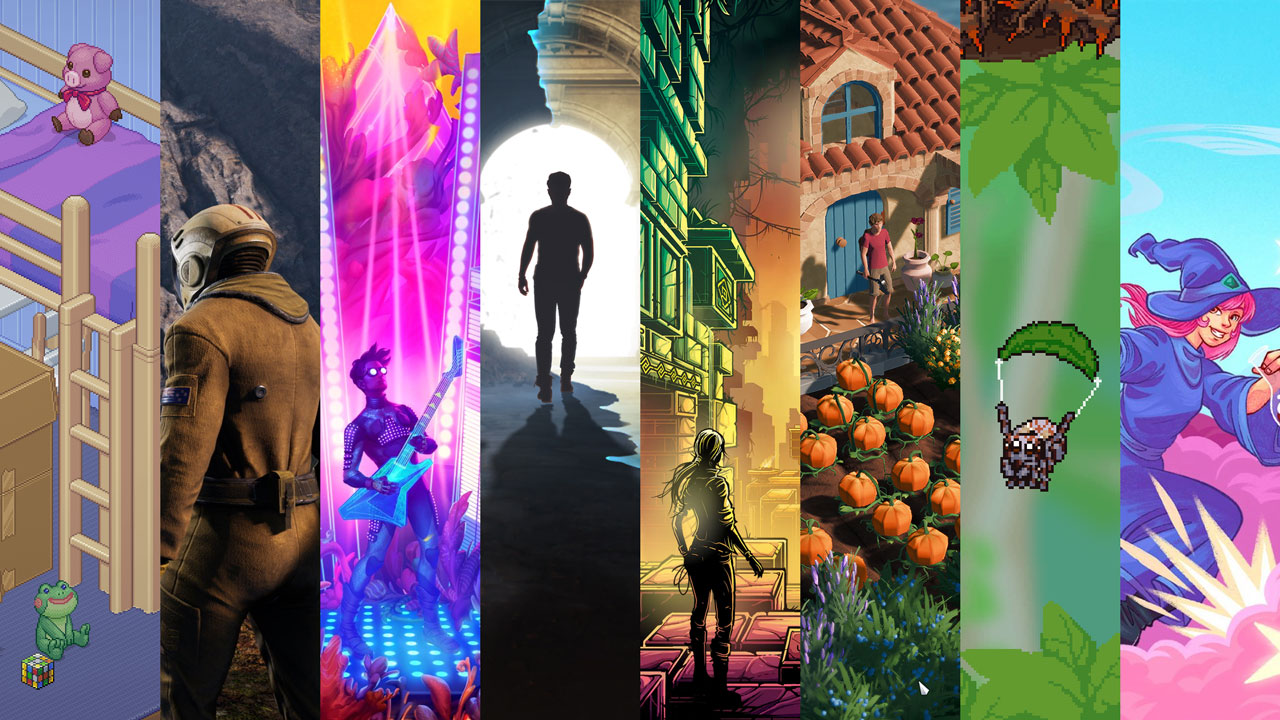 2021 was a big year for gaming, with a myriad of stellar titles vying for our time and money. Among them were several games made in our own and our neighbour’s backyard, with both Australia’s and New Zealand’s reputation continuing to rise every year. But with the sheer amount of games released, it’s almost impossible to catch every game as they launch.

We’re massive fans and supporters of our local game development industry, whether it’s our Made In Australia features (which was a little light on this year – big plans next year though) or our catalogue of all Australian and New Zealand games released in 2021, we try and cover our industry as much as possible.

To celebrate some of the year’s homegrown games, below you’ll find a list of the top-rated Australian and New Zealand developed games from 2021, as judged by either our own review, Metacritic or Steam reviews.

Frame of Mind is a surreal first-person puzzler that tasks the player with solving illogical puzzles to escape the madness. Clocking in at around 30 minutes of gameplay, it currently has an Overwhelmingly Positive rating on Steam and best of all is free to play.

Top-down shooter in the vein of Hotline Miami, Hot Brass is a four-player co-op game that sees players as SWAT operatives tasked with navigating and surviving various high-pressure missions. Steam reviews are currently Very Positive. I played it at PAX Australia prior to release and it was fun but hectic.

Brisbane-based developer Team WIBY’s Phantom Abyss captured players’ competitiveness when it dropped in June. A unique asynchronous multiplayer experience that sees players navigate procedurally-generated and dangerous temples to retrieve sacred relics. The drawcard? Players only get one shot at each temple and those who meet their demise will leave behind their ghost to guide players in future runs. Steam reviews say Very Positive.

On the paper, “a strategy simulation game about designing the road map for a growing city,” may not sound like the most exciting game. However, Mini Motorways is the total opposite, with the gameplay making for an addictive and meditative experience. We scored it a 9 in our review, while Steam says the reviews are Overwhelmingly Positive.

What started as a Skyrim mod, The Forgotten City became one of the year’s best indie video games. Nominated for Best Indie Debut at The Game Awards and Excellence in Narrative (which it won) at the Australian Game Developer Awards, The Forgotten City’s historical backdrop laid the foundations for a narrative and gameplay experience that was praised by almost everyone who played it. We scored it a 10, Steam says Overwhelmingly Positive, while Metacritic varies between 84 and 90 depending on the platform.

Trigger Witch transports players to the good old days of cute 16-bit visuals but with a violent twist, with players taking on the role of Colette, who must use all the firepower at her disposal to restore peace to her world. It’s a magical mix we didn’t know we needed until we played it. We scored it an 8 in our review, while fellow Australian site Vooks scored it a 9.

The long-awaited game from former Australian rock star Johnny Galvatron about jamming with huge cosmic monsters finally released in 2021 and it was worth the wait. Not only did its art style and wild premise leave our collective jaws on the floor, but its story, writing and voice-acting, backed by a star-studded cast, was just as excellent. We scored it a 9 in our review, Metacritic has it on 80, Steam says Very Positive, it was nominated for two categories at The Game Awards, and won Excellence in Audio and Excellence in Art at the Australian Game a Developer Awards, as well as being nominated for several others, including Game of the Year. Most importantly, it is my game of the year – the most prestigious award of all.

From Brisbane-based developer Sbug Games, Webbed’s satisfying swinging mechanics and jumping spider protagonist made it a cute and enjoyable platformer. I scored it an 8 in my review, and even better it took home the trophy for Excellence in Gameplay at the Australian Game Developer Awards and was nominated for several others, including Game of the Year. Steam reviews say Overwhelmingly Positive, if you needed further evidence that it’s a good time.

Brisbane-based developer Witch Beam proved that you can still have an emotional experience by doing one of the most mundane tasks of all – unpacking. Not only did its game Unpacking prove this, but it showcased Witch Beam’s talents at clever game design and storytelling. After the 2021 awards season had wrapped up Witch Beam’s trophy cabinet was chocka-block with awards, including Game of the Year and Excellence in Accessibility from the Australian Game Developer Awards, Best Aussie-Made Game from the WellPlayed awards and many others. We scored it a 9 in our review, while Steam reviews are Very Positive. If you haven’t checked Unpacking out yet, do yourself a favour and do so.

Exo One had been in the works for a while before releasing late this year, racking up critical acclaim in the process thanks to its blend of atmospheric exploration across the galaxy. It’s a game that can’t be explained, but one that needs to be experienced. Steam reviews say Very Positive and Metacritic varying between high 70s-low 80s.

One of the more unique survival games in recent times, Len’s Island is an ambitious combination of base building, dungeon crawling, exploration and farming – a combination I’ve dubbed a genre cocktail™. Best of all, it’s a combination that works, with the game generating a ton of hype, wishlists and interest. In our Early Access impressions, we deemed Len’s Island “an island worth visiting,” and with plenty of updates planned, we can’t wait to see how Len’s Island evolves next year.

Icarus is the brainchild of DayZ creator Dean Hall, and with that comes the weight of expectation. The highly-anticipated open-world survival title didn’t have the smoothest launch, but it still managed to impress players and critics with its fresh take on familiar survival mechanics. Our reviewer said it’s up there with pavlova as one of the best things to come from New Zealand, scoring it a 9. If that’s not a recommendation, then I’m not sure what is.

Heaveny Bodies is a physics-based puzzler set during the 1970s in space. On the premise alone it’s enough to intrigue most people, but thankfully its gameplay and vibe carry it from being an interesting concept to a pretty good game. Clever mechanics, fun puzzles and solid sound design led to us scoring it an 8.5 in our review, with Steam reviews at Very Positive.

What was the best Australian or New Zealand game you played this year? Any that you think we missed? Let us know in the comments or on social media.