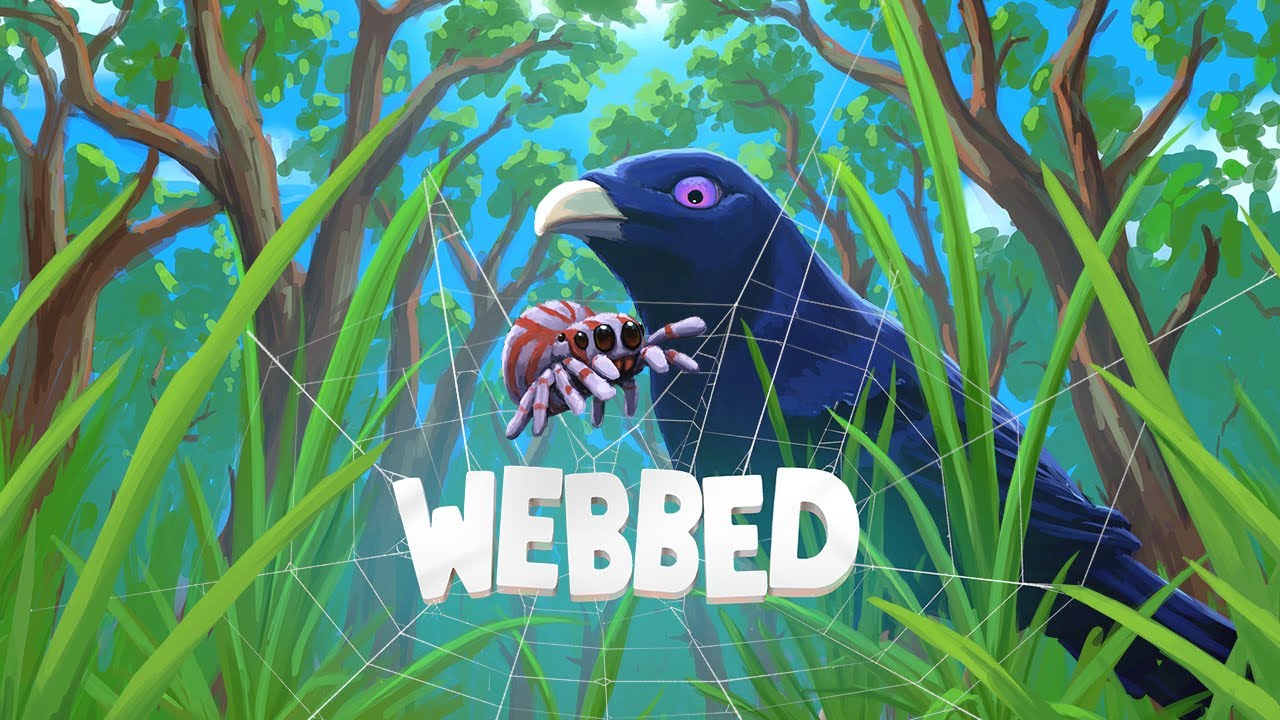 If Australia had to be summarised in three things it would be: Vegemite, putting another shrimp on the barbie and deadly animals that can cause you a great deal of pain or death. It would make sense for any Australian developer to tap into their heritage when brainstorming for unique ideas. So when Brisbane-based studio Sbug Games decided to make a game about Australia’s wildlife, the options were aplenty, with the studio settling on spiders. But instead of using one of Australia’s many deadly arachnids, Sbug Games went in the opposite direction and decided on the jumping spider – a tiny, cute and harmless critter found in most backyards Down Under – to star in their debut game Webbed, an equally cute and whimsical 2D platformer.

Taking place in typical Australian bushland, Webbed tells the story of a female jumping spider who has set off to rescue her boyfriend after he was abducted by a bowerbird. Wholesome right? Well, before you say yes, let me add that your tiny spider has the ability to shoot lasers. This certainly gives our little eight-legged and eight-eyed friend an advantage, but she’ll need more than lasers to rescue her love. Thus begins an adventure across five areas of the bush to find creatures willing and able to assist in the rescue mission. But as the old adage goes, nothing in life is free, and in order to recruit help our female spider must scratch the backs of ants, bees and other insects in the bushland to form an army to take on the bowerbird.

As a 2D platformer, Webbed’s gameplay is fairly simple, with our tiny spider friend shooting webs that allow her to swing between sections of the environment, build bridges for easy traversal, as well as move and transport items of use. The laser, which would make a great weapon to use against predators, is actually used to break the webs you’ve spun and no longer need, and to also help move items or putting them into position when solving some of the light puzzles, such as attaching legs on the Mech Ant (yes you read that right) in the correct positions.

For the most part the web mechanics are fun and fluid, with the swinging especially one of the game’s highlights – fanging through the bush like George of the Jungle is a really good time. It is possible to fall to your death or die by swing into spikes, but much like Disney’s feelgood comedy, there is very little consequence or punishment for when things go wrong, with the checkpoint system very generous. It helps create a sense of “let’s go again” rather than frustration. The only knock on the web mechanics would be that sometimes lifting items with your web can be a little tedious, especially if you accidentally cut the web while trying to shoot the item into position.

Being a spider is sticky business

the web mechanics are fun and fluid, with the swinging especially one of the game’s highlights – fanging through the bush like George of the Jungle is a really good time

There are also a number of side-objectives that players can complete. These are essentially small fetch quests that see the players tasked with collecting a number of insects or items on their journey, such as baby spiders. Players can track the progress of objectives via the in-game menu, which also has a map that will show when an area has been cleared. But if it all gets too much and you want to take a break from operation rescue boyfriend, you can always hit Webbed’s skatepark level, because you know, video games. Plus it wouldn’t be a jumping spider game if you couldn’t dance, with our eight-legged hero able to bust a move with the push of a button.

From a visual standpoint, Webbed uses a colourful pixel art style that works perfectly for the friendly vibe that Sbug Games is going for. But perhaps more impressive is the procedural animations of the bugs and insects in the world, which give them a life of their own and make their reactions and movements feel natural. If spiders aren’t your thing you can enable the game’s Arachnophobia mode which will turn the spiders into blobs. The game’s composer, Stijn van Wakeren, also deserves a shoutout for the game’s jovial soundtrack, which strengthens the whimsical experience of our spider’s journey.

See what areas have been completed with your map

Clocking in at about four-to-five hours (six if you’re a slow player like me), Webbed is an enjoyable and wholesome jaunt across bushland to rescue one’s love. It may be simple, but it knows where its strengths lie and it never tries to be more than what it is, and for A$14.50, it’s well worth giving it a spin. 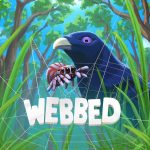 Webbed Review
A Swinger's Party
Webbed is a simple and cute platformer that provides players with a few hours of enjoyment web-swinging through bushland and befriending other bugs all in the name of love.
The Good
Whimsical and fun gameplay
Swinging around is a good time
Solid and fitting soundtrack
Laser-wielding spider
The Bad
Moving items with your web can become tedious
8
Get Around It

Webbed Review
A Swinger's Party
Webbed is a simple and cute platformer that provides players with a few hours of enjoyment web-swinging through bushland and befriending other bugs all in the name of love.
The Good
Whimsical and fun gameplay
Swinging around is a good time
Solid and fitting soundtrack
Laser-wielding spider
The Bad
Moving items with your web can become tedious
8
Get Around It
In this article:jumping spider, noah seymour, riley neville, sbug games, webbed, Zach Jackson