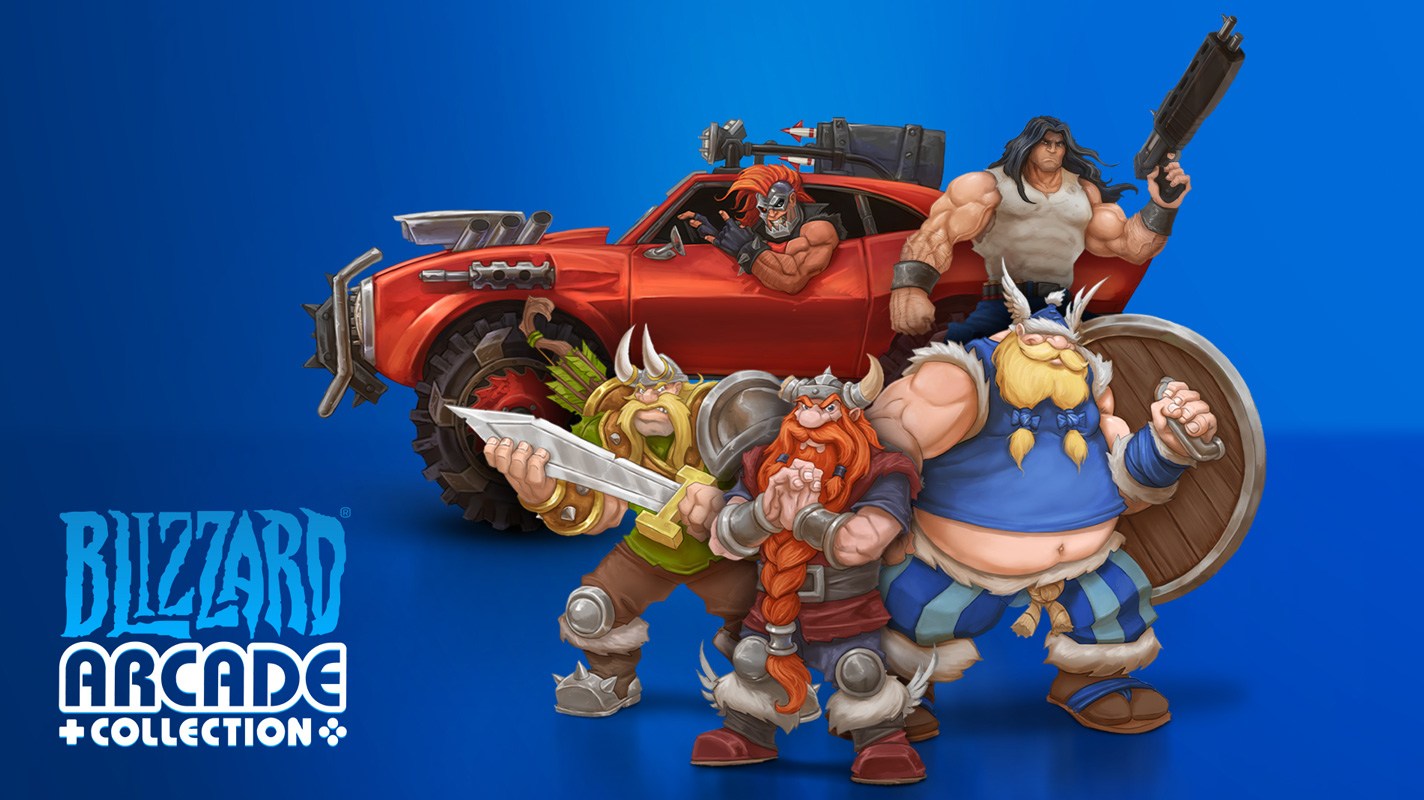 I’ll be honest, I meant to write about this yesterday when it was announced – but when I found out that I have just received a copy of the collection due to my Blizzcon ticket, I instead spent a bunch of time playing the games. Oops.

As a fairly awesome surprise addition to Blizzard’s 30th anniversary, the Blizzard Arcade Collection has been released – a radical bundle of classic Blizzard games, including The Lost Vikings, Rock N Roll Racing, and Blackthorne.

The pack has dropped across all major console platforms – and has a slew of improvements and pack-ins to really add value.

All the classic versions of these games are included, as well as some minor improvements in the form of  Definitive Editions that may have cropped up on different platforms, releases and hardware.

Not to mention that Blizzard have snuck in some quality of life stuff, with each version featuring custom key mapping and the ability to rewind up to 10 seconds should you make a critical mistake – and have long since outgrown the novelty of a GAME OVER screen.

Originally calling the Super Nintendo home, these games were gems back in the day; seriously impressive developments for the 16bit era. If you are unfamiliar with them, Blizzard has some excellent blog posts that describe what makes them great here:

For me personally, The Lost Vikings was such an impressive puzzle game that I desperately wanted to source my own copy one day – right after I found a Super Nintendo of my own to give it a crack. It had the unique mechanic of controlling all of the Vikings in a syncopated way, swapping between them and utilising their unique abilities to make your way through a level in one piece. Now I can experience every chin-scratching detail!

Blackthorne however,  is a game clean out of the 90s. Traversing a fantasy world, armed with a shotgun and a Guns n’ Roses haircut? Blasting orcs and freeing prisoners? It’s everything I ever dreamed of. It’s also unbelievably challenging, as I come to grips with it’s VERY. SLOW. AND. DELIBERATE. MOVEMENT. Ah, a gem from a bygone age (…I say this through gritted teeth).

Then there is Rock N Roll Racing – a game that probably deserves a real remake for the modern age. Racing games, particularly ones with banging ROCK AND ROLL soundtracks, need another chance in the limelight – and as much as I enjoy Rock N Roll Racing currently, I dream of playing it in eye-blisteringly high definition with friends on a Friday night.