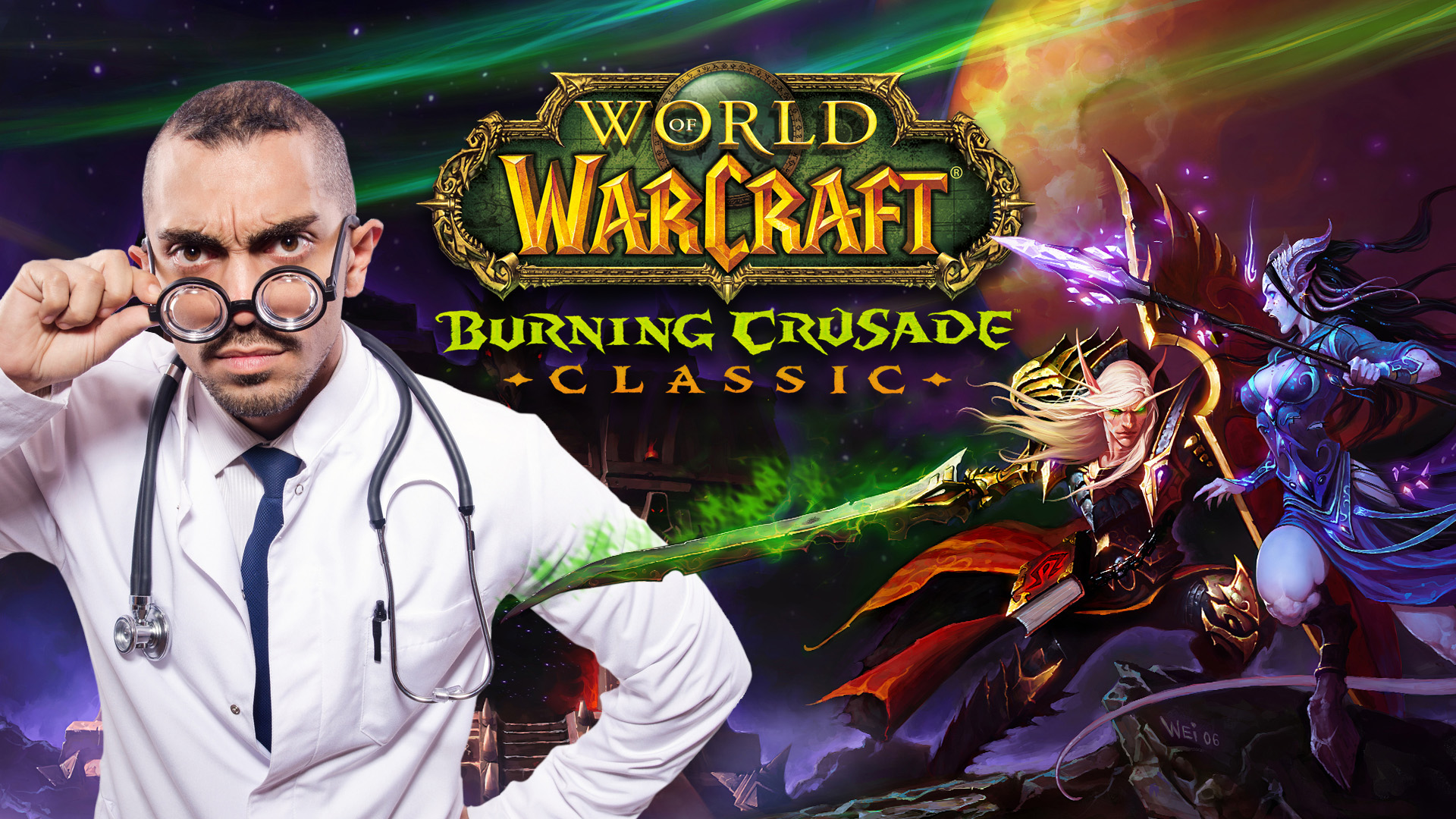 The Burning Crusade Classic Pre-Patch can be a strange and wonderful time for many WoW players, with a slew of changes affecting both yourself and the world that surrounds you.

The Burning Crusade Classic expansion brings lots of changes for your character – affecting the way you play, and the abilities you can employ. Your character is transitioning from vanilla WoW to TBC, and you may feel uncertain about how best to support them through the physical, psychological and emotional changes this brings. For once, there is no strange hair appearing in odd places (at least not until the barber shop is implemented in Wrath of the Lich King), but there are still plenty of surprises!

The Burning Crusade Classic Pre-Patch contains a handful of these natural changes that every expansion goes through. Some may struggle with the changes, while others sail through the without concern. Do not be afraid of these strange and wonderful changes that await you!

With the pre-patch, players cannot yet enter Outland but there is still a plethora of content to experience as you prepare for the grand opening of the Dark Portal in June – this guide will help you understand some of the stranger experiences that await you.

1. Your talents are changing

Upon logging in to the TBC:C Pre-Patch, you will notice that your beloved talents have been reset – and worse so, some familiar ones may even be missing! But do not fret, this is normal. You will even see that you have a range of new, deeper talents that unlock hidden potential you never dreamed of!e new world!

Your split investments into other talent trees will cease to be with these new 41-point talents threatening you with a good time! Prepare to RAMPAGE as a warrior, or help protect your mates with an EARTH SHIELD as a Shaman – it’s a brave new world!

2. WHERE DID THE PERCENTAGES GO!?!

Your precious gear has BEEN CHANGED! All those delicious +1% chance to crit stats have been changed into some strange, alien rating system. But WHY, you may ask? Well, truth is that this was done to make sure your level 60 purple item didn’t give you 2% crit forever. We all have to grow up sometime, and in this case, you are growing up to level 70 – so those level 60 purple booties could be considered kid shoes now.

So, it’s the new normal. Simply put? You still want your delicious critical strike – just now it is crit rating rather than a flat percentage. And as always, HIGHER = BETTER.

3. You may see skinny elves and blue goat people around the place

You have spent a lot of time hanging out in Azeroth. Dwarves? They are out and about. Taurens? Can smell them from 20 yards away. But wait – what on Earth is that hulking blue THING walking towards you? With a SQUID hanging off his face? And in Orgrimmar, some little pink thing has approached your massive Orc warlock and is asking to borrow 20 silver to buy some skills? Does he not realise that his waist is the same width as your bicep?!?

Well, strap yourselves in – there are some new neighbours settling into your society, the enigmatic DRAENEI and the arcane-inclined BLOOD ELVES are diversifying the populace. It adds a splash of colour to the Alliance, as the Draenei folk bring a cooling shade of blue – while the Horde get a little dignified refinement, as the Blood Elves are the very picture of lithe and classy.

4. Shaman gear and Paladin items will drop in raids where they didn’t before

Ah, this old chestnut. In ye olden days the TBC Pre-Patch brought with it the ‘unlocking’ of certain bosses’ loot tables – simply put, SHAMAN gear started dropping for the Alliance, and PALADIN gear started dropping for the Horde. Only one problem – in the days of yesteryear Burning Crusade, the Pre-Patch had not yet unlocked these classes. Ergo, raiders were getting gear they were entirely incapable of equipping. A raid leader would ask, “WHO WANTS THESE SHAMAN LEGGINGS?” And all they would get were crickets.

At least with Blizzards #somechanges policy, there may be a brief, blessed window where those Shaman Leggings find a home.

That home is me. I will be playing a shaman.

5. Levelling up will be a bit faster

Look, I have enjoyed talking about Pre-Patch like it was some kind of puberty – with magical changes and maturation of game mechanics, but this one is just radical. A big tasty amendment to the EXP curve throughout the game means that levelling up to level 60 is roughly 30% (thirty goddamn percent) faster.

WoW classic was fun, but no one was praising its slow and purposeful levelling speed. Have you ever done that quest, in Tanaris, where you need to follow the turtle home?

The Burning Crusade Classic Pre-Patch is the beginning of your character’s transformation into an adult. Take some time to accept that your gameplay, your farming dynamic and role as raider is changing.

Stay available and caring. Let your character know you are there for them, no matter how much things change. Take some time for yourself to reduce stress, and look after your own needs if this expansion is particularly challenging – remember, while things may be different, they still include the core World of Warcraft principles that made them fun! Don’t be afraid to take risks and explore your boundaries.