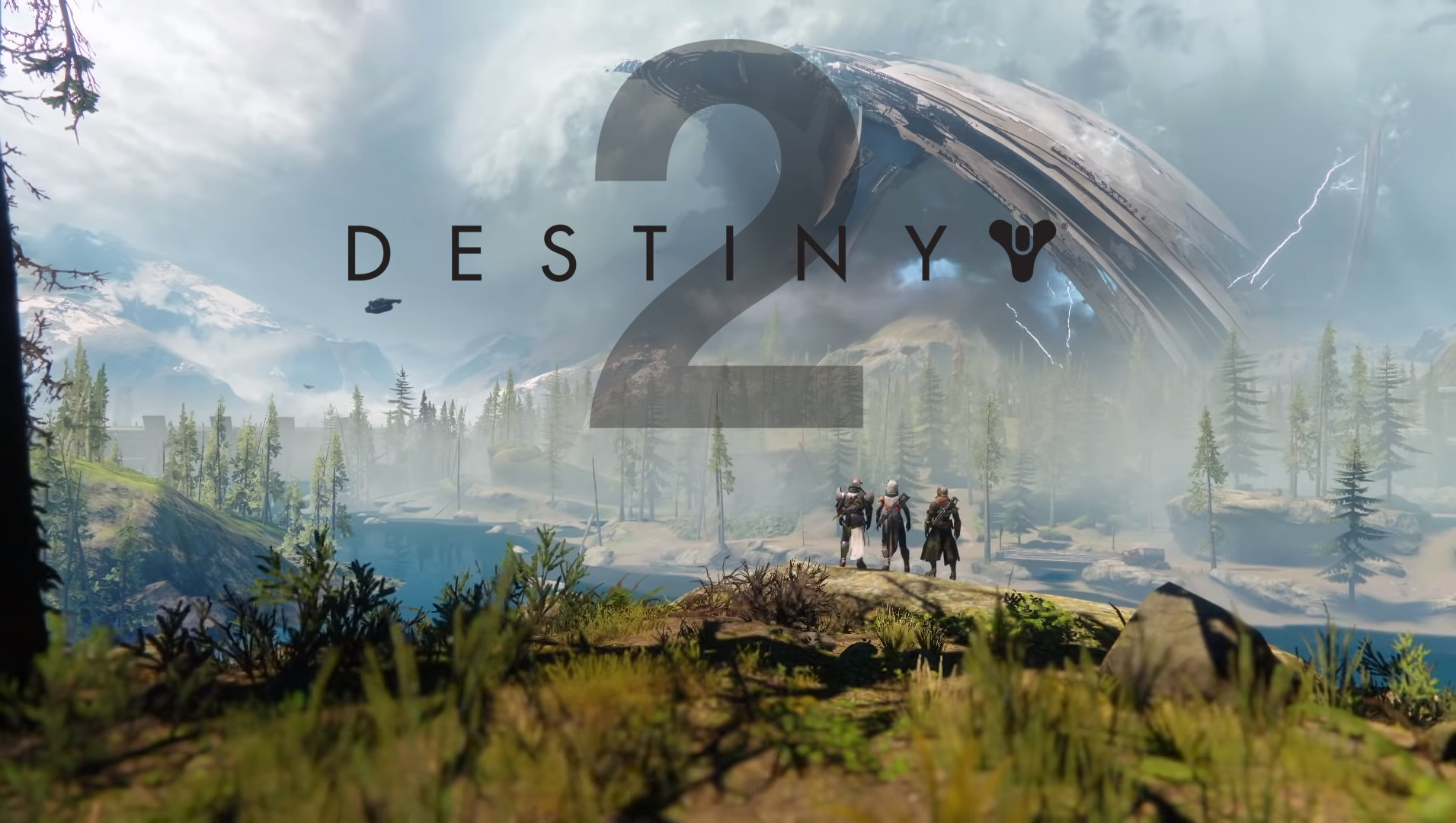 Bungie broke news headlines (and possibly belief) when the studio announced its divorce from AAA publishing giant, Activision-Blizzard, on January 11th. Ever since then, people have been awaiting news about how the studio intends to push the IP forward, especially PC players who are still bound to using Blizzard’s platform. Early this morning Bungie broke their silence with a number of announcements. Spoiler alert: the future looks mint.

We’ll start with how Bungie plan to go forward. In their stream (and subsequent Out of the Shadows ViDoc) the start off strong by talking about how they are the ones in control now. Both Luke Smith and Mark Noseworthy come off by saying that this is the first time in a long time that Bungie has stood on its own (usually being backed by Microsoft or Activision). Self-publishing can be pretty tough, but Destiny as an IP has a pre-established playerbase and fanbase so half of the hurdle has already been crossed.

There are only two groups who decide what happens to Destiny next. Bungie and the players who play Destiny. – Ben Wommack, Design Lead

Shadowkeep is Destiny 2’s next chapter. It sees the player return to the Moon after a long time of not visiting it. A lot has changed. The landscape has shifted, cracks and fissures are scattered through the terrain, a new scarlet fortress has arisen. The Moon is no longer just about the Hive either, there it something more at play.

Eris Morn, the creepy guardian who survived The Dark Below, has made a return too. Her presence is never a good sign (Crota, Oryx etc).

Bungie appears to be leaning into the darker roots of Destiny’s universe, describing the mood to have an undertone of threatening and psychological horror elements.

Shadowkeep refers to the darkness that Eris unleashed last time she was on the moon. There are nightmares which are manifestations of a guardian’s past (please, not Randal the Vandal). Naturally, Eris can’t do this by herself and asks for the assistance of the best guardian in existence, you. Killing them isn’t enough.

Bungie has been hard at work, going back and forth with the passionate and committed fans, figuring out how to push Destiny forward. They have been bouncing ideas internally, figuring out how to expand armour, how to add more stats, how to add depth to engage the player more. A nice change as Destiny 2’s initial character building was very shallow and lead to an unrewarding power climb (somewhat alleviated by the Forsaken expansion).

Armour 2.0 is Bungie’s next iteration on the armour and set building in Destiny. Where you would normally have to stick to certain armour pieces and sets to get the perks and stats that you want, Armour 2.0 allows the player to carry over different perks acquired from the different armour pieces, and slot them into other armours that would not otherwise have them. In a way, you could look at this as psuedo-transmogrification. In addition to all this, you have Artifacts. Artifacts are items that you seemingly collect, and when you fidget with them you eventually unlock various perks, perks whose strength is compared to that of an exotic.

Destiny has always been a game about flair and style. It’s why when Destiny 2 changed the shader system to promote microtranscations so much more, there was an uproar. Well, Bungie has been hard at work trying to figure out new ways for players to express their flair and flamboyance and have landed on finishing moves. If you’ve played Apex Legends, For Honor or Mortal Kombat, you’re probably very familiar with the concept of a finishing move or execution. Destiny appears to be taking its own spin on it. The Hunter is shown to have a flurry of knife attacks which quickly and decisively kill the opponent. The Titan finisher which is shown looks to be a very Captain America-style punch (fitting for a class who has his shield) and the Warlock looks to have a force push with a very martial arts-like stance, cementing them as the Destiny universe’s Jedi.

The endgame of Destiny has always been on surrounded in controversy. Destiny’s original launched had a very lacking amount of endgame content, with the only notable activity being the Vault of Glass raid. It was not until The Taken King where Destiny’s endgame could really stand on its own, bringing in a number of welcome additions like strike-specific gear, weapon infusion, hidden exotic questlines,  and more. Destiny 2’s endgame suffered an unfortunate fate of being completed way too quickly due to the incredibly brief power climb, an issue not resolved until the Forsaken expansion. Bungie is definitely looking at not making the same mistakes again starting with their exotic weapon lineup. We only get a glimpse of a Heavy Bow, a Trace Rifle which creates a big ol’ critical hit spot and a Hand Cannon which fires special ammo (which is described as like a one-handed sniper). The notable parts about this Hand Cannon are that is has a scope (the first of its kind to have a scope) and that constant firing will result in the player being set on fire, but the latter point might not make the final cut.

Bungie is (once again) renewing their focus on PVP. We are seeing the return of some of the older gametypes and revamping the playlists, changing how they work.

The really important thing for players to know is this is just the beginning. This is us the foundation of what we are doing with the Crucible going forward. – Lars Bakken, Design Lead

Bungie also appears to be changing the fundamental design of the destinations, giving a more Warframe-like design, where most new content and activities can be played by anyone, but higher levels of said content need a higher power level.

The raid will also see the players return to a familiar playground, the Black Garden. If Last Wish is anything to go by in terms of raid design, we should be in for a treat.

Destiny 2: New Light is the new point-of-entry for Destiny 2. Luke Smith and Mark Noseworthy both discuss how people are always interested in trying out Destiny 2, but recommending it can be hard because how much investment it requires, both in terms of time and money. New Light is free-to-play and will feature all the Year 1 content including Curse of Osiris and Warmind as well as their raids. It looks like new players will experience the same intro that Destiny 1 players did, waking up in the Cosmodrome and venturing out from there. It seems as if New Light players will also be able to access the same areas as paid-players, like Tangled Shore, and do a lot of the same activities including the strikes. Gambit sees its access unlocked for all players.

One of the biggest changes coming with New Light is its availability on Steam. Previously, PC players were bound to using Blizzard’s Battlenet launcher, which proved quite problematic for users as occurrences like infinite download loops, entire reinstalls and other bugs were quite common for the game on Battlenet. As Bungie aims to further distance themselves away from the publisher who they were previously partnered with, Bungie will stop supporting Destiny 2 on Battlenet after the current season of content, the Season of Opulence.

This is perhaps one of the biggest announcements. Bungie is adding cross-save functionality to Destiny 2, meaning that you can hop across all the different platforms and not have to worry about starting all over again (an issue that plague a large number of players who jumped ship from console to PC).

We want Destiny to meet you where you play. That’s incredibly important for us. – Eric Osborne

A very easy thing to miss which was shown was the fact that in the cross-save menu was “Google”, which shows that Destiny will be available on Google Stadia, Google’s new game streaming platform that won’t be available in Australia.

Destiny 2: Shadowkeep and New Light will be available on PlayStation 4, Xbox One and PC (via Steam) on September 17th.