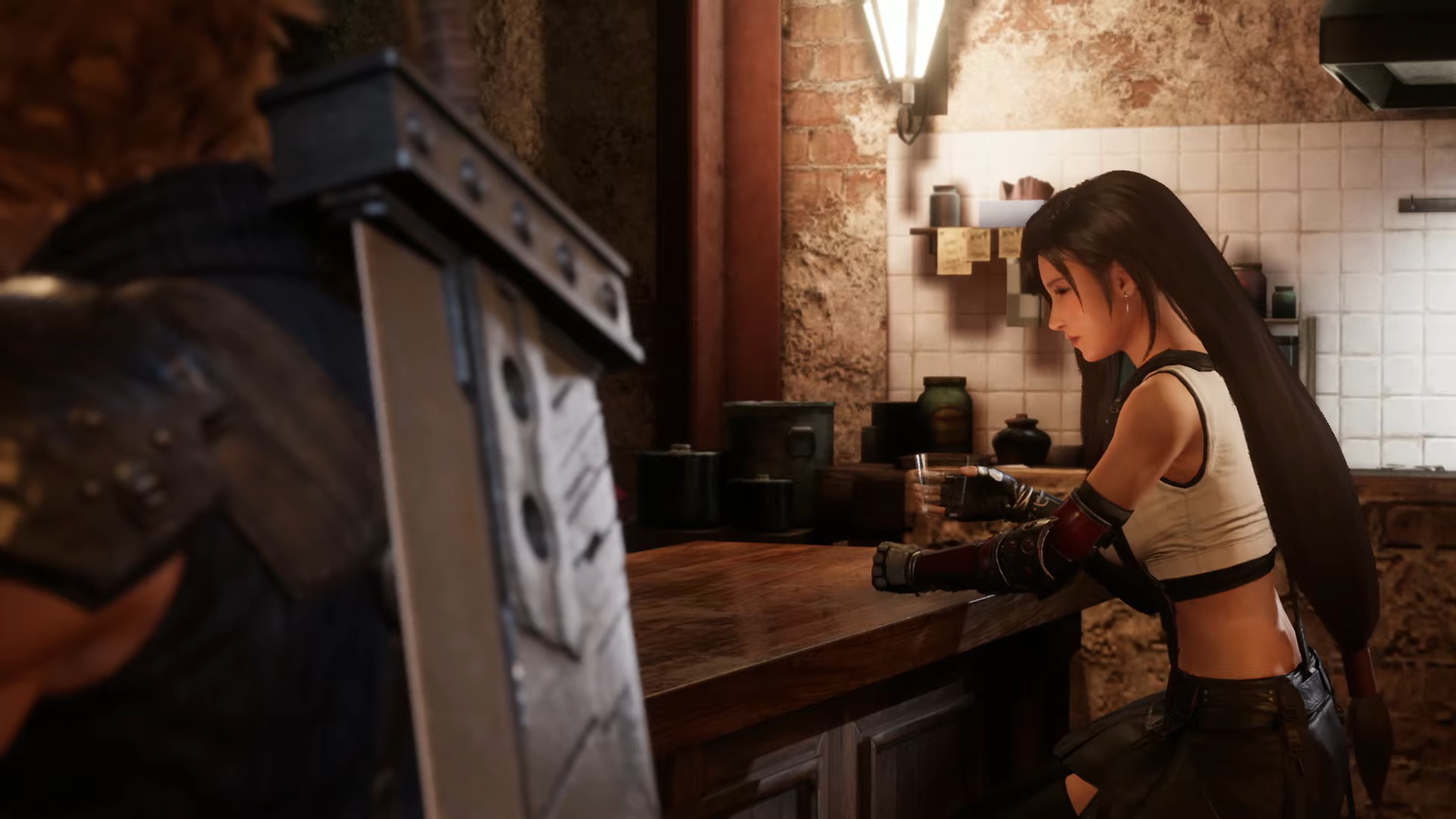 It’s all happening, folks. Not only did we get the announcement of an actual, real date for the Final Fantasy VII Remake yesterday, but today Square Enix showed off a substantial look at gameplay and more during their Square Enix Presents showcase at E3.

Starting with the revelation that the game might span two whole bluray discs, producer Yoshinori Kitase alongside Neal Pabon and the man himself Tetsuya Nomura spoke at length about the game’s combat system as well as some interesting (and potentially worrying) story details. Combat-wise, it’s all shaping up to be a very smart hybrid of both modern, real-time combat and the ATB system that Final Fantasy VII fans know and love. Executing attack combos in real time seemingly builds up gauges that then grant access to special attacks, items and magic which can all be performed with button shortcuts or through a tactical menu that pauses the action. Other party members will either fight on their own, take commands or can also be controlled by the player and will feel vastly different from each other.

Oh, and motherfucking Tifa was there and her character model is on point. Booyah.

The interesting takeaway is the fact that Square Enix have shifted the language around the game’s release from ‘episodic’ to a ‘standalone entry point’ to FFVII. Coupled with the news that the game doesn’t leave the city of Midgar, it really seems like the episodic thing might have gone down the drain and the game will now attempt to tell a complete tale that doesn’t cover the whole of the original story. Seems like more of a spinoff ‘origin’ tale despite actually taking place during the main story’s events. I guess time will tell.

Check out the very cool looking extended trailer complete with new gameplay footage (and Tifa!) below: