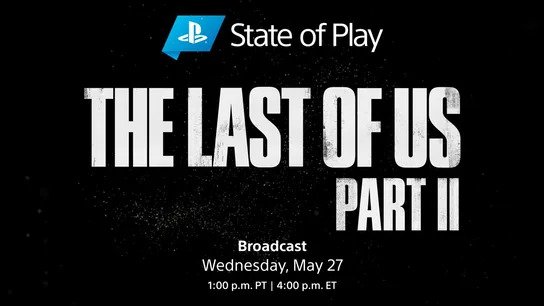 PlayStation have announced via the PlayStation Blog that a State of Play broadcast will air later this week, airing for Australians at 6am AEST on May 28.

The blog post states that the current cut is roughly 20 minutes long, ending with roughly eight minutes of never-before-seen gameplay.

PlayStation also made it clear that there will be no PlayStation 5 news or updates in the State of Play show, reaffirming that only The Last of Us Part II will be shown.

I’m already extremely keen for this game and don’t need to be convinced, however I will certainly be watching this State of Play episode as soon as it airs.

You can catch the State of Play at 6am AEST on May 28, with PlayStation’s Twitch and YouTube channels the best place to watch along.

In this article:Ellie, joel, naughty dog, PlayStation, PlayStation 4, playstation 5, ps4, PS5, state of play, The Last of Us, the last of us part II