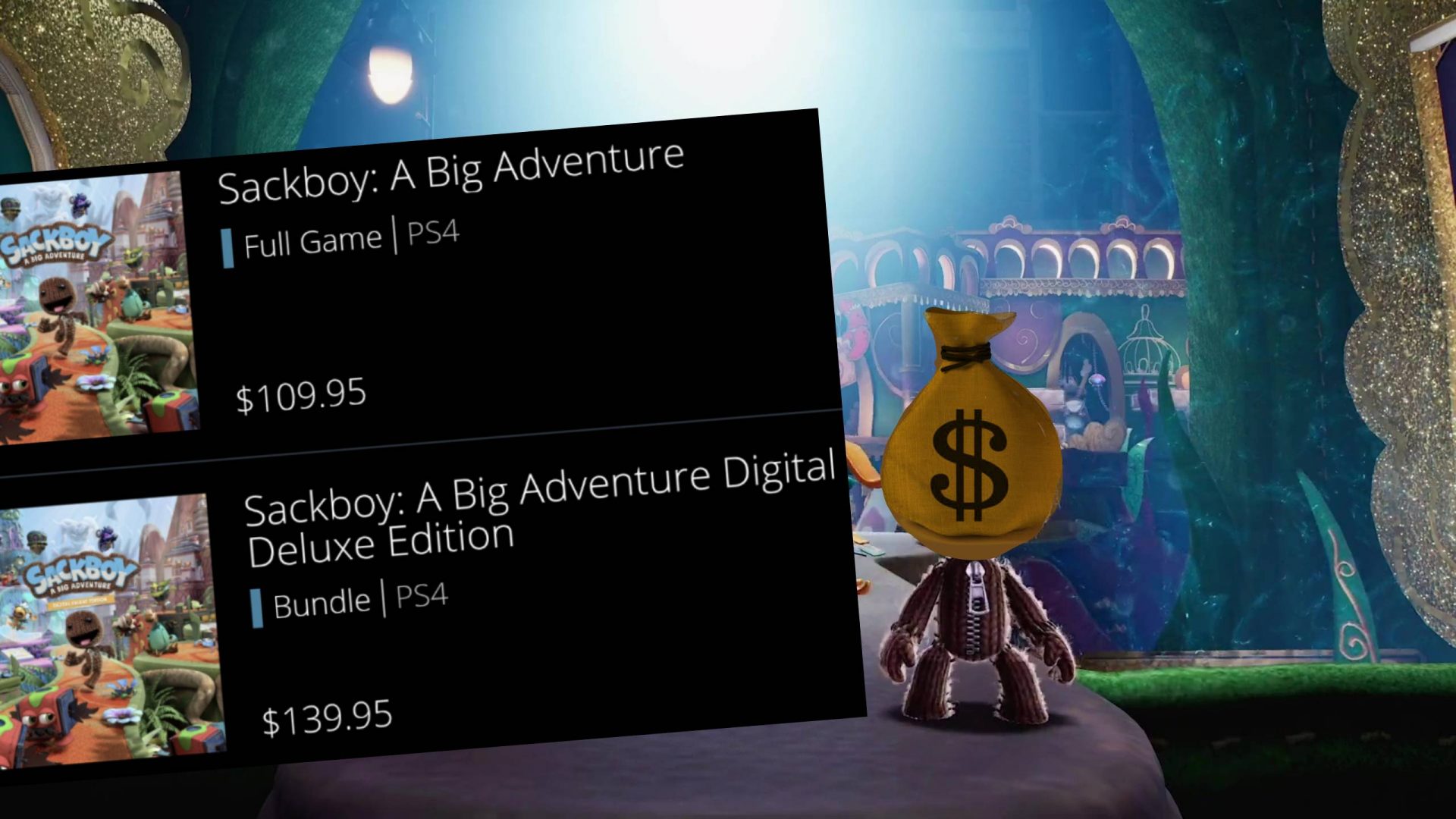 It’s no secret at this point that games are going to be more expensive in the next generation, particularly those that happen to be first-party or exclusive PlayStation titles.

For the most part, we’ve seen next-gen premiums of between $10-25 AUD above what we’re used to for video game RRPs, with some (like Godfall) commanding a fairly steep difference over other platforms. What we hadn’t seen many clear examples of though, were these same increases applied to current-gen titles. That is, until now.

Yes, sadly it seems as though not all future games released on current systems will escape rising RRPs, if a fresh listing for Sackboy: A Big Adventure for PlayStation 4 on the PlayStation Store is anything to go by. Despite being the current-gen version of the game, Sackboy’s standard edition digital SKU is priced at a whopping $109.95 AUD, the same recommended retail as its PlayStation 5 counterpart. The ‘Digital Deluxe’ edition which includes a few digital extras goes for an eye-watering $139.95 AUD. I don’t know about you, but that seems mighty steep for what looks like a fun, but fairly basic platformer on an aging platform.

Also live now on the PlayStation Store is Marvel’s Spider-Man: Miles MMorales, the standalone pseudo-expansion for Sony’s 2018 blockbuster. That’ll set you back a whole $94.95 AUD, which I expect is either on par or a fair whack more than what most of us paid for Marvel’s Spider-Man the first time around. Compare that to something lime Uncharted Lost Legacy, which Insomniac has compared Miles Morales to in the past in terms of overall scope, which launched at $54.95 on the very same platform.

Of course, there’s some argument to be had that titles like this are essentially a dual purchase when factoring in the included upgrade to the PlayStation 5 version, not to mention the potential for punters to grab the cheaper version to cop said upgrade. Still, it’s a sobering reminder that games really are becoming more expensive, and even if you’re holding off on that next-gen upgrade for a few years more you’re still going to be copping those game price hikes.