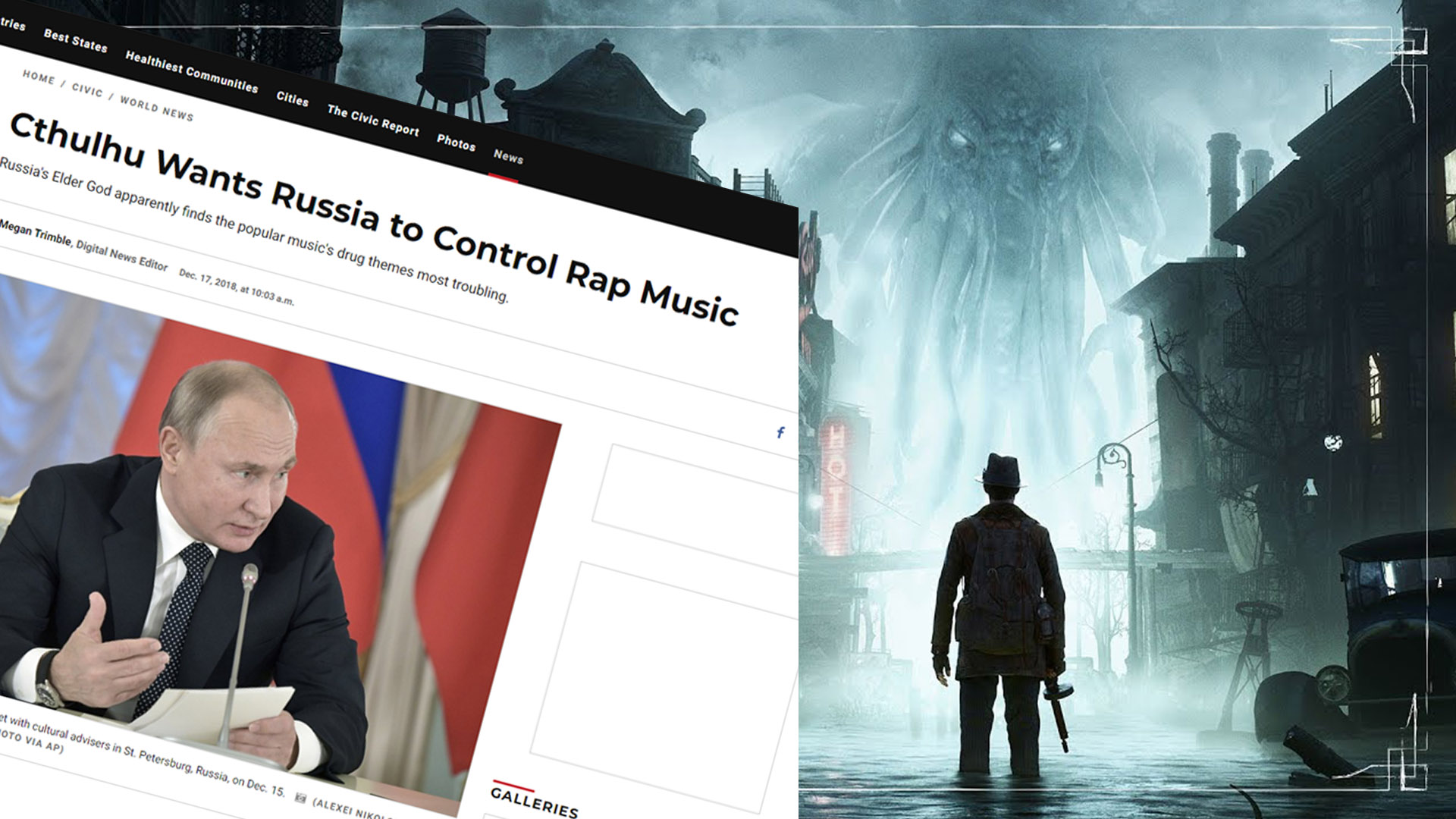 Ever wanted to read the Wall Street Journal or BBC news about how Cthulhu is dictating things in Russia? Or maybe how Azathoth wants to build a wall to keep other deities out?

Well thanks to The Sinking City team at Frogwares you can turn your Chrome political browsing experience into a Cthulhu Mythos deity generator thanks to this Chrome extension.

You can find the full list of names and Gods below:

The Sinking City will launch on June 27 on PS4, Xbox One and PC (via Epic Store).

In this article:chrome, Cthulhu, elder gods, frogwares, The Sinking City