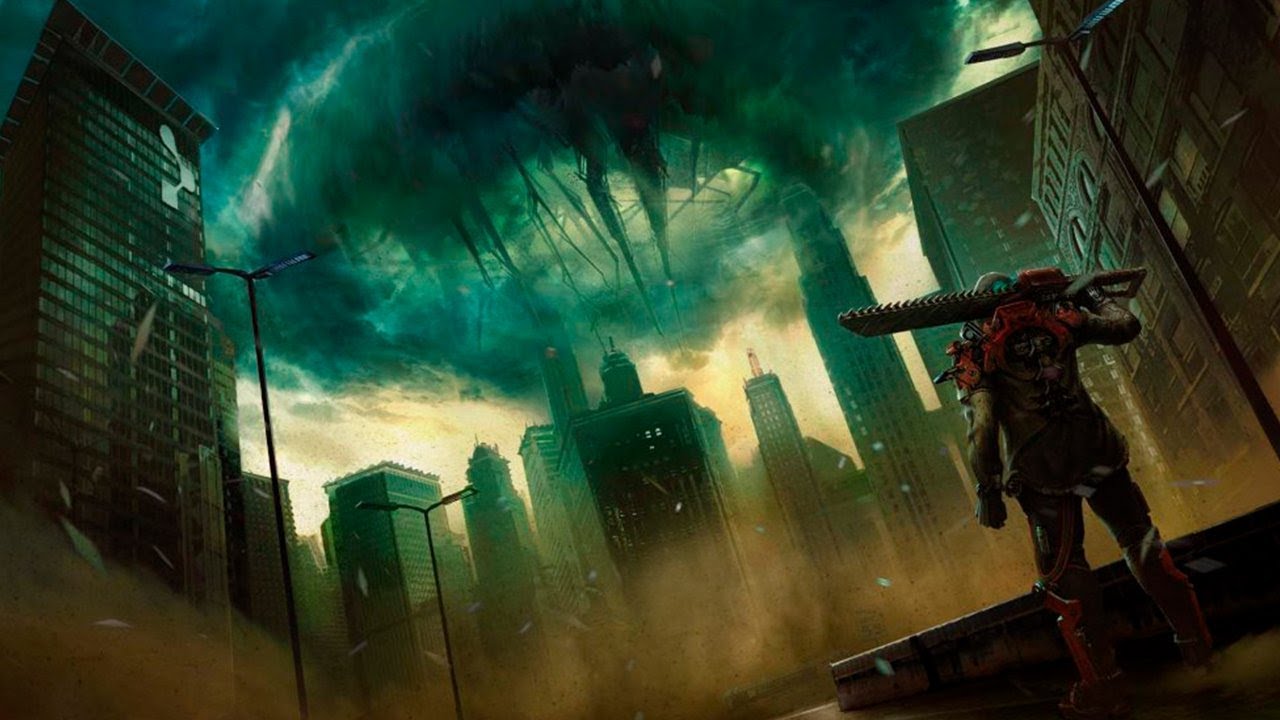 Set to release at some point in 2019, the sequel to Deck13’s sci-fi hack and slash The Surge has got the suckers for punishment at WellPlayed more than a little excited. Creative Director on The Surge 2 Jan Klose was good enough to take some time to discuss the upcoming sequel with us.

WellPlayed: First off, congratulations on an excellent job with the release of The Surge. It ended up being one of my favourite experiences of 2017. You guys must have been stoked with the positive reception. What was the feeling at Deck13 when the reviews started dropping?

Jan Klose: I think it’s always a terrible moment sitting there waiting for the first reviews to come in. There’s almost nothing you can do to fix stuff anymore, you just have to wait and see if they like it. Of course it was a great relief to see that we did some things right!

WP: The Surge 2 was announced in February of this year and is targeting a May 2019 release. When did development on the sequel begin?

JK: First talks began when part one was still in the middle of development. For a game developer it’s essential to secure the next deal way before the current one is finished, or you can’t keep your team and then you’re most likely bankrupt. Therefore we went around shopping new ideas pretty early. Luckily our publisher Focus Home Interactive was very happy about the work we did together on part 1, so we were able to come to agreements early, and this gave us enough time and confidence to start brainstorming about The Surge 2 way ahead of the actual production start.

WP: Before the release of The Surge, was there anything you wanted to include but couldn’t, and might some of those ideas be incorporated into The Surge 2?

JK: Of course there were a few things that didn’t make it into part one, but there definitely wasn’t something where we said “Let’s save that for the next part”. If we have good ideas, we want to put them into the game. “Don’t hold anything back” is one of our big goals. But on the other hand, it didn’t feel too hard to come up with new ideas that seemed to make for a good second installment.

WP: From a creative director point of view, what is the main feature or aspect from the original you hope to improve on in The Surge 2?

JK: I think an RPG should be all about player choice, and there’s a lot more we can deliver with part 2. Starting with the character creator but also having an urban environment as the central part of the game world, all things should enhance player freedom and the choices what to do next, and how to do it. Of course this is also reflected in weapons, tactics, overall combat, and boss fights.

WP: Do you have a larger team working on The Surge 2 compared to the original?

JK: Yes, it’s slightly larger but what’s even more important, it’s more experienced. Almost the complete team from part one is still on board and that helps tremendously regarding building upon what we’ve learnt. Mind you, we’re still making a lot of mistakes on the way, but I think we’re now much better in spotting and correcting them… before the release.

WP: The Surge had multiple endings, how will this play into the events of The Surge 2?

Actually we’re still discussing this, and there’s no final decision yet. In any case, what happens in part 2 will generally work with both endings, but it would be great to have it have some impact on the events still.

WP: Will Big Warren (the protagonist of the first game for those playing at home) make an appearance in The Surge 2? Do you think he is core to the series and the world or is he just a footnote in the larger scheme of things?

We can’t reveal too much yet but let’s say that Warren’s story isn’t over yet. Still, as we’re starting with a character creator, this time around you play as someone else.

WP: You’ve said that there will be a character creator in the sequel where we can choose gender and looks. Will our character be fully voiced, or a strong, silent type?

We feel that we were more on the silent side already with part one, and the decision might be that the main character isn’t voiced. The details are still in discussion though.

I do feel that difficulty is integral but I think frustration isn’t. So the way we want to go is to give the player more options to overcome an obstacle instead of forcing them to read that one pattern to succeed

WP: The limb-targeting mechanic in The Surge was really inspired; good, brutal fun with a meaningful impact on gameplay. What’s the evolution of this mechanic going to be in The Surge 2?

We’ll stick to the core concept but it’s strongly enhanced. Several robotic enemies can survive limb cuts but will then change the way they fight. Also, you can disable special abilities of humans in combat when you target specific body parts, you can for example destroy a cloaking device of an enemy mid-combat.

WP: The gameplay footage we saw features a rather green outdoor area, which looks like a fresh change from the heavy industrial style of the first game. Will we see any enemies inspired by the conflict of the mechanical and natural world of The Surge, like a plant made of tungsten carbide that spews fire or a cyborg wolf that shoots laser beams out of its eyes?

These are awesome ideas but I’m not allowed to reveal any of those yet! Well, apart from that there definitely are enemies shooting laser beams out of their eyes.

WP: Will The Surge 2 feature a larger open world than the original?

Yes, the world is more open and more interconnected. It’s still split into sort of zones in parts, so it’s not a full open-world game. In any case, there’s much more freedom and player choice in the game, and many many more secrets and side quests to discover.

WP: With recent prophecies predicting the death of single-player games, are there any plans to incorporate multiplayer aspects (co-op or PvP) into The Surge 2. Personally I loved the purely single-player focus of the first, but I can see how multiplayer might work.

We’re looking into online features to connect the player with others on several levels. Still, at its core, The Surge 2 is a single player experience, it’s a large epic adventure and we feel that this is what it’s supposed to be.

WP: What do you make of the debate that single-player games are on the way out? Do you believe that gaming’s future will be laden with primarily multiplayer offerings? Can you envisage a Battle Royale mode for The Surge? Seems like the soupe du jour at the moment.

We’re not such big fans of turning a soupe de jour into the restaurant’s menu for the next decade. Genres and playing habits generally seem to be more sturdy than current trends. When we started pitching to publishers back in 2003, the sentence “But can you make it multiplayer?” was all the rage. That was 15 years ago, things changed back and forth, and we had a lot of fun and also some success with telling epic stories. I think there will always be demand for this. Having said that, we’re also big fans of multiplayer games, so who knows what might come in the future.

(The video is in German but shows extended preview footage of The Surge 2. The word ‘Warren’ is said several times)

WP: When there were murmurs of an Easy mode being incorporated into the likes of Dark Souls and Bloodbourne, hardcore hack ‘n’ slash fans around the world responded with apoplectic rage. Do you think the difficulty of The Surge 2 is integral to the experience, or would you be open to including a mode where things were a bit easier for the less initiated?

JK: I do feel that difficulty is integral but I think frustration isn’t. So the way we want to go is to give the player more options to overcome an obstacle instead of forcing them to read that one pattern to succeed. If a boss is too strong for you, you can adjust your rig, your tactics, even go to another part of the world first, and when you’re ready, you can return. This is how we feel adjusting difficulty fits better to the genre than offering an easy mode which might quickly turn into a “boring mode”.

WP: I found blocking in The Surge to be a bit stilted, and ended up favouring more nimble builds despite my cowardly preference for turtle builds in games of this ilk. You’ve mentioned that you’re mixing up the heavy style a bit in The Surge 2 with things like heavy parries. Will we have greater freedom of moving while blocking and can you describe some of the changes coming to make this style more accommodating?

JK: Generally we feel that we shouldn’t impose that one playing style on gamers, so we want to offer various ways to play, and making blocking or other more defensive moves more valuable is one way for us to do it. Also we want to offer more freedom of moving in general.

WP: What framerates and resolutions are you targeting for consoles? Will there be additional enhancements for Xbox One X and PS4 Pro owners? Are there specific challenges involved with developing for the different variations of console hardware?

JK: There will be enhancements for the stronger consoles but we can’t yet say where we will end up in terms of resolution and framerate. But we’e greatly upgraded our engine and we will try to push any console to the limit.

WP: With the advent of smart devices like fridges that order their own groceries automatically or devices that control everything from security to music and lighting in the household, do you think our appliances will one day rise up and annihilate us? Do you think The Surge 2 will provide good training for this scenario?

JK: Yes, please do buy The Surge 2 everyone, it’s your only viable way to train for the day when your fridge will want to slice you in half!