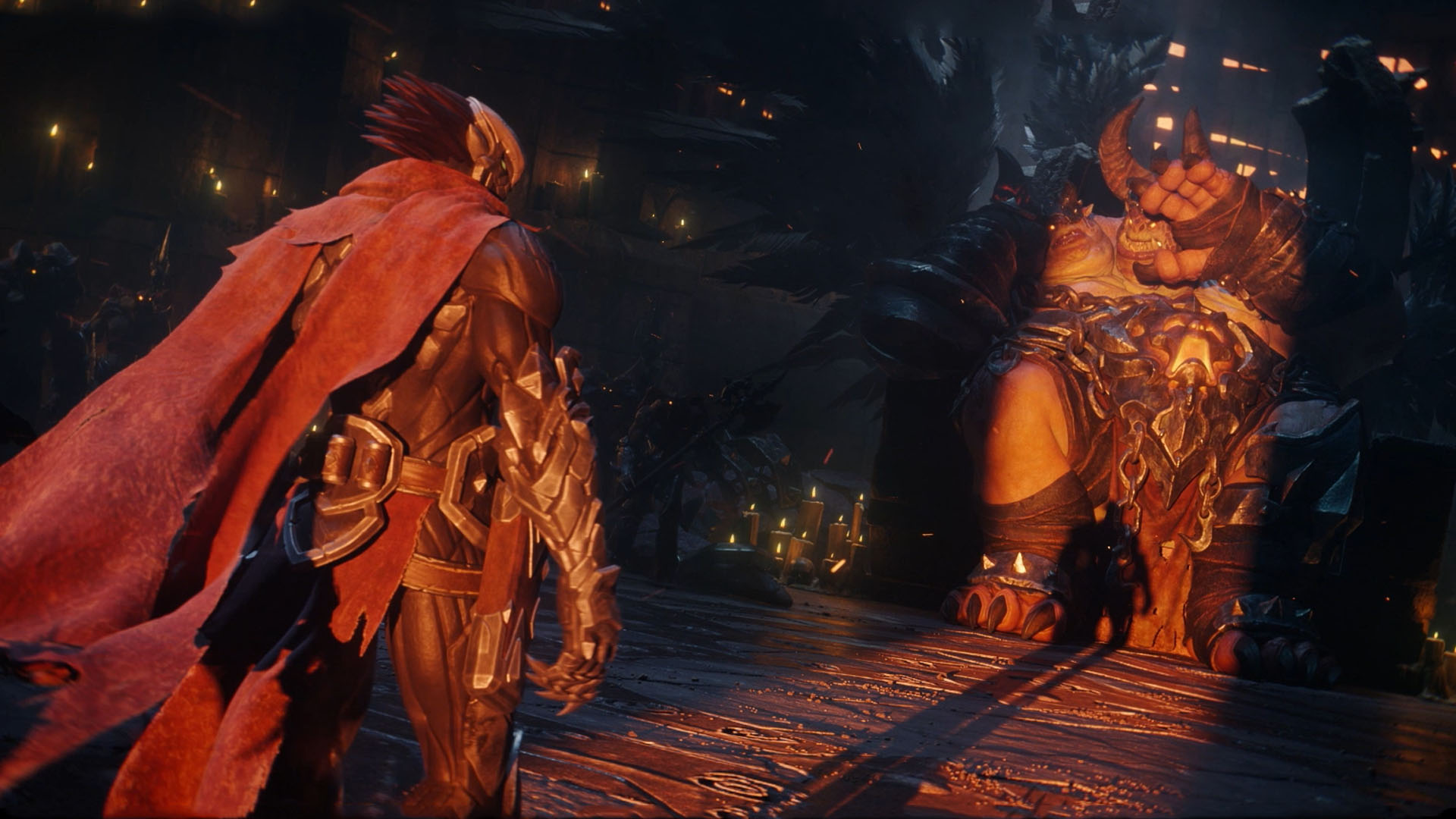 We may not immediately be getting Darksiders IV, but THQ Nordic has revealed a tasty little side project in today’s reveal of Darksiders Genesis – a tasty top-down action adventure.

Stepping into the spotlight is the fourth horseman (fourthman?) Strife, the horseman of …guns, I guess.

Besides a brief cameo in earlier games and a tiny speaking role in Darksiders III , this is Strife’s first real foray into being a games protagonist; though it’s hard to ignore that the screenshots for the game do seem to contain a heft amount of the first games main character – the horseman War.

Though many media outlets are quick to say this game resembles a Diablo clone, I can’t help but get flashes to more co-op/puzzle focused games like Lara Croft and the Guardian of Light – and does the game require a mandatory second person? Can you swap between characters on the fly?

Also as this is only early footage, does that mean we could see a full blown four player co-op mode with all of the horseman? Rumours suggest that a 4 player Darksiders game was in development before the studio was sold off – does this share some of that DNA?

All questions I am keen to see get answered as we learn more about this curious title. I have to say though, it definitely looks fun.

Another interesting (or perhaps, more nifty) note to mention is that the development studio behind the title, Airship Syndicate, is actually headed by ex-Darksiders alumni from the dark days of THQ’s original demise – particularly comic legend Joe Madureira, who was the creative director on the original Darksiders and Darksiders II games. So seeing these guys get back to playing with their baby is fantastic.

Airship Syndicate: Sure do look like Darksiders fans to me

Top work lads, I am keen to see it up close.

Darksiders Genesis currently has no confirmed release date, but is slated for release on PC, PlayStation® 4 computer entertainment system, the Xbox® One family of devices, including the Xbox One X, Nintendo Switch™ and Google Stadia later this year.