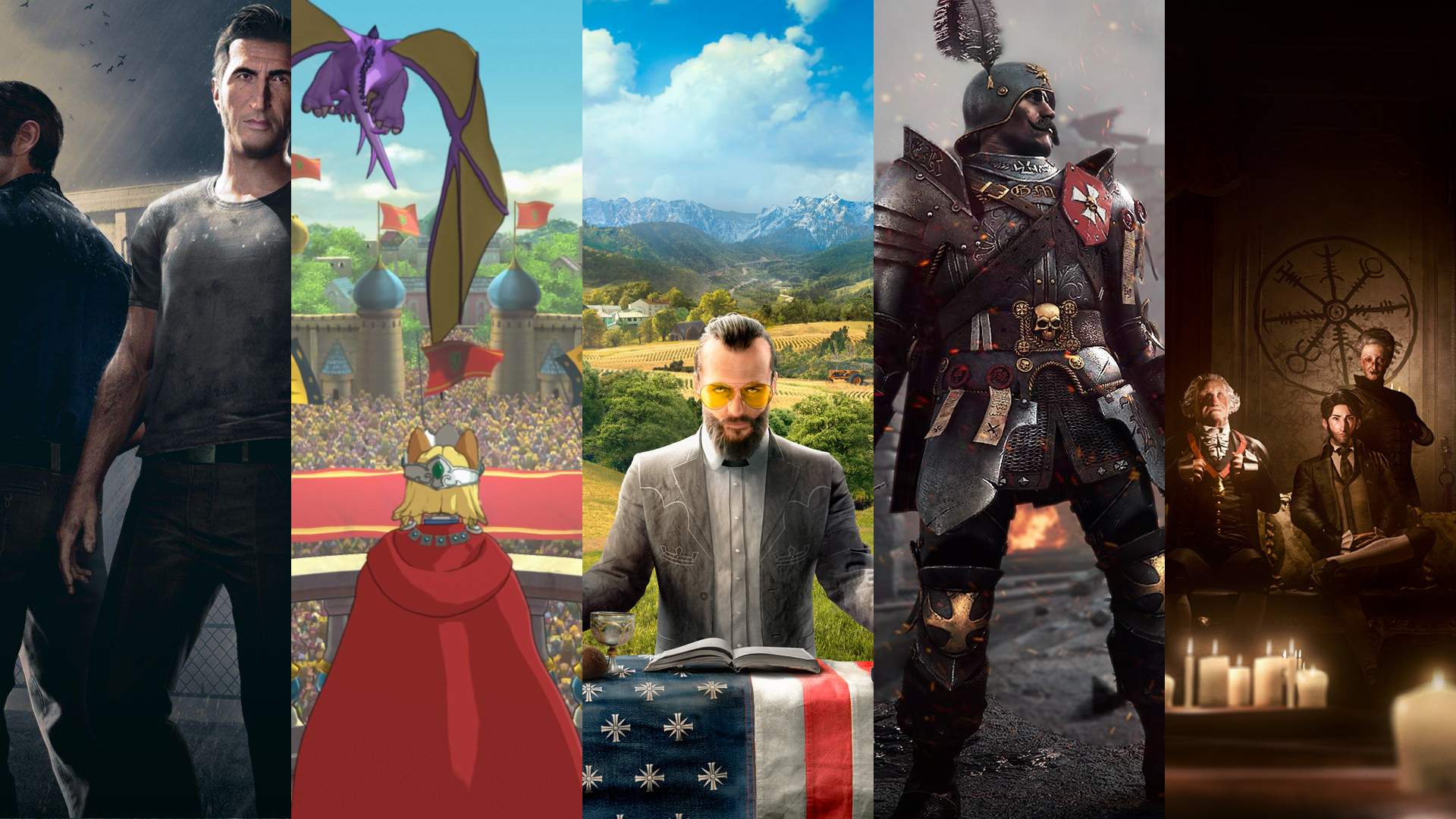 Any gamer worth their salt has a hefty backlog. Whether it be a Steam library of unplayed games that takes a full minute to scroll through, or a dusty box in the back corner of a garage of physical copies of PS2 games that are still in their shrink wrapping (DYEGB Managing Director Zach Jackson, guilty as charged), we all have our piles of shame. Just as strong as our desire to hoard games like we’re Smaug the dragon is our desire to look to the future for new games we can add to or ever-growing piles. Does March have what it takes to augment some backlogs and tighten some jorts?

Is it just me or has the first half of the year become the new last half of the year when it comes to quality game releases? Here we are barely into 2018 and already sitting on the fallout of some very high profile titles and we’ve still got a star-studded couple of months ahead. If it wasn’t for Yakuza 6 moving into April, the 20th – 27th alone would have made for a quadruple-jortsgasm for me. Instead I’ll have to settle for a simple three-way with A Way Out, Ni No Kuni II: Revenant Kingdom and Far Cry 5.

A Way Out looks like exactly the kind of co-op goodness that’s sorely missing from modern gaming, and the EA Originals program has already shown the calibre of work it produces is very high with the recent Fe. Ni No Kuni: Wrath of the White Witch was one of my favourite games on the PS3, so I’m super pumped for the sequel, although the anticipation in my jorts has softened a tad after some lacklustre hands-on experiences. Hopefully my fears are misplaced and it turns out tob be a masterwork like the original. Far Cry 5 definitely seems like an odd horse to bet on with my indie-centric tastes but I’ve developed a hard spot for the series since the exemplary Far Cry 3 after having spent quite a few hours with the new one in various public and press events I have reason to believe this one will be spectacular.

Dialing the timeline back a little I have to give a huge shout out to my boi the juicy, pink hero of Kirby: Star Allies for only taking a year to bring his platforming goodness to the Switch. Every good Nintendo console deserves a great Kirby game. I’m also still pretty keen to check out Sea of Thieves despite a fairly tame showing in the various alpha and beta tests that I’ve been involved in. All up it’s looking like I’m going to have to invest in a second pair of jorts because I sure as hell won’t have time to clean my current pair between all these steamy hot releases. Viva la March!

Whilst my February was filled with a bunch of awesome indie releases, March seems to be quite the opposite. The first title on my anticipated March releases is none other than Warhammer: Vermintide 2 – the highly anticipated (at least by me) sequel to Warhammer: Vermintide. Following Vermintide is the only indie title to make it on my release list for the month – Dream Alone. For those unfamiliar, Dream Alone is a 2D platforming game with a dark storyline and Tim Burton-esque visuals, which basically means that this game is right up my alley. Whilst my jorts may be tight, I definitely have a soft spot (somewhere) for 2D platforming games. In stark contrast to Dream Alone, I am also excited for Detective Pikachu. Rounding off March for me is a game I have been excited for since its announcement – Far Cry 5. Now, if you know me, you’ll know exactly why I’m excited for this. For those unaware however, my excitement for this game stems from its storyline. I am massively into conspiracy theories, especially as they relate to cults, and I cannot even begin to tell you how stoked I am to get my hands on this game and dive into its storyline. Now, let’s all just hope that it isn’t a massive flop.

March, this year it marks the 3 year point since my favourite game this generation was released (Bloodborne – March 2015), while there are a few games this month that get me tight in the jorts, only one can get me as tight in the jorts as I am right now. That game is…Final Fantasy XV Windows Edition. I’m not going to lie, FFXV just grabbed me. I remember playing early builds of it and absolutely hating it, the combat was especially messy in early builds of Square Enix’s latest entry into the longstanding Final Fantasy series. I played the game on Xbox, PS4, iOS and now I’ll be able to see it in all its glory on PC. Hopefully my PC doesn’t absolutely melt, especially considering to run the game at 4K it’s recommended to have a 1080 Ti, which is a ridiculously powerful card.

Ni No Kuni II: Revenant Kingdom is one of my more anticipated releases of the year. I played the E3 build last year and I enjoyed what I played. I’m really hoping that the story is engaging and well written. I’m really not sure what to expect with this game, but I’m definitely excited to give it a swing come March 23rd.

Last but not least is Detective Pikachu. Truth be told, I’ve looked at virtually nothing in regards to this game. However, Pikachu as a detective. Case closed.

The first quarter of the year is usually one the quieter periods and allows people to catch up on game’s in their backlogs, but so far 2018 has been an onslaught of game releases and in March it only goes up another level. For me personally, the biggest fancy ticklers are some of the smaller titles gracing us this month. There’s a cluster of games in the middle of the month have got my jorts a little hot and heavy. The first episode of The Council is set to release on March 13 and is that I am keen to get around. A murder mystery set 1793 where your choices have long lasting consequences is a premise that is definitely intriguing. The 2018 iteration of Casey Powell Lacrosse is another title that I am keen to check out having never played a lacrosse game before. The video game adaptation of children’s fantasy book series Beast Quest hits consoles and PCs on March 16. Having read a couple of the books I am interested to see how the series transitions from book to game. Lastly and really the only ‘big’ title that interests me this month is Far Cry 5. The previous Far Crys have been a mixed bag for me, but FC5’s premise is easily its most compelling yet.