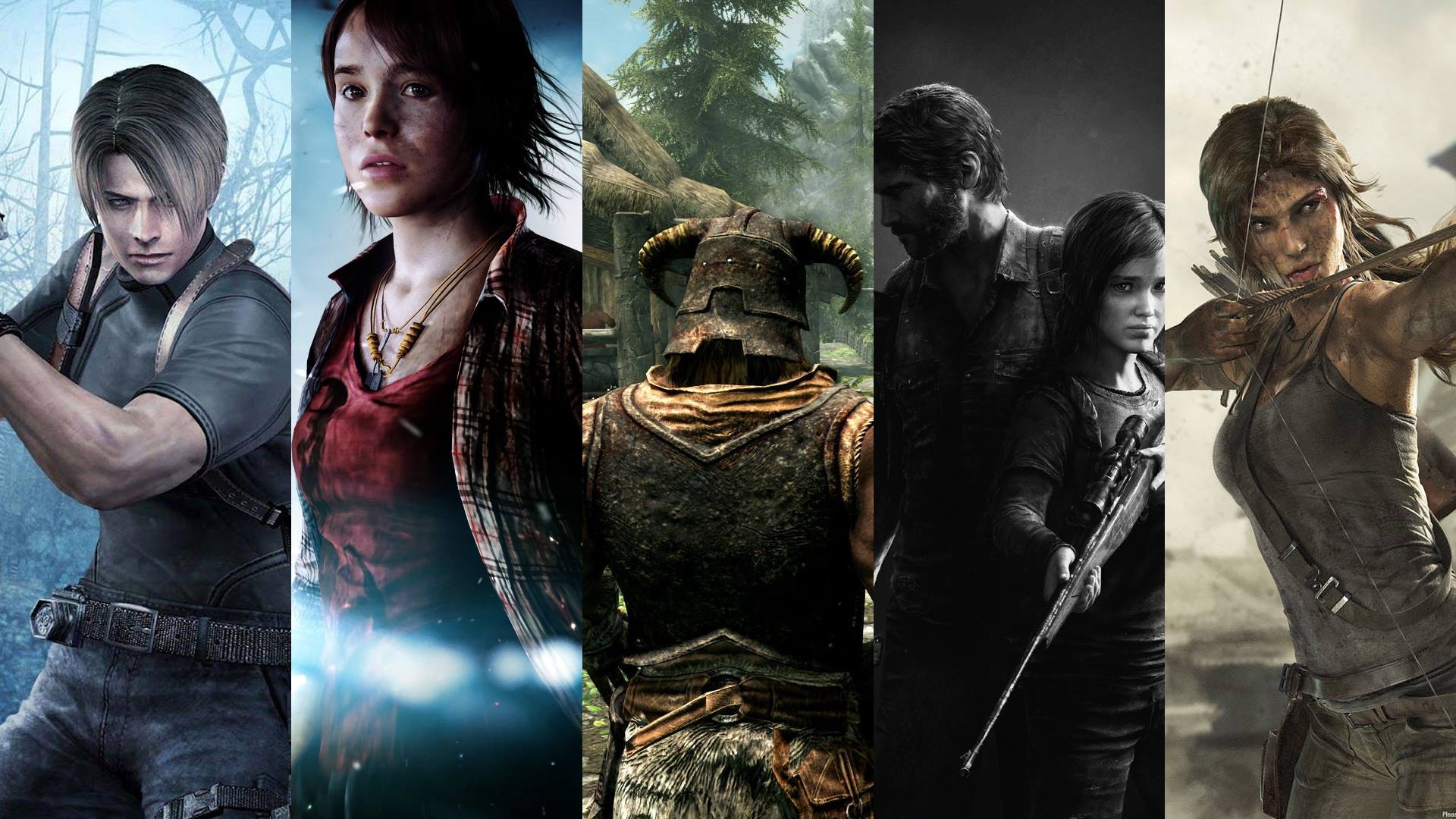 As this generation of console continues its advance, it is impossible not to see the huge focus there has been on remasters. Every other day we hear about an old game that’s getting a fresh lick of paint to be kicked out the door to the hungry punters. Of course remasters have their place, and principally it gives those who haven’t played a certain title of yore a chance to experience it with enhanced graphics and often with all the DLC.  That being said, it seems that the corpse of a game that is barely cold these days is still worthy of a remaster, and to me it’s symbolic of an industry that is increasingly looking backwards for inspiration, rather than pushing forward with innovative ideas fuelled by much more powerful hardware. With this in mind I thought I’d round up the biggest offenders in this generation of consoles. Like adding sodium metal to concentrated hydrochloric acid there’s bound to be a little salt (and fire), so without further ado…

The Last of Us on PS3 was without a doubt my Game of the Generation. Not only was it a visual masterpiece that squeezed every last ounce of power out of the aging PS3, it had a magnificently crafted narrative carried by fantastic voice acting and motion capture coupled with engaging and brutal gameplay; never have I played a AAA game that has been so cohesive in every aspect. Released on June 13th of 2013 to universal acclaim, I have to say I was a little surprised when the remaster released a mere year later (July 29th 2014). Releasing some eight months after the release of the PS4, TLOU Remastered came at a time when the PS4 had an extreme dearth of AAA titles worth crowing about. As a remaster of the crowning achievement of the PS3 generation, its inclusion on this list might be a little controversial, but to me TLOU Remastered represented a slap in the face to early adopters of the then next-generation of consoles. We wanted new experiences, not a game that likely anyone who owned a PS4 had already experienced on the previous generation.

Tomb Raider is guilty for many of the same reasons mentioned for TLOU Remastered (funnily enough it was my GOTG before TLOU came along). Appearing in the twilight of last-gen, the TR reboot wrote the book on how reboots should be handled. It redefined the famous Lara Croft as we knew her, having her transform gradually from a vulnerable young explorer seemingly at the mercy of her surroundings into a powerful force to be reckoned with. While it did eventually fall victim to that classic tonal disconnect that typifies action-adventure games (where superficially morally sound protagonists possess a near psychopathic ability to methodically eliminate their enemies without batting an eyelid), it was nonetheless a successful reinvigoration of the series. It took less than a year for it to be regurgitated on the fledgling Xbox One and PS4 (the original released 5th March, 2013 and we were graced with the remaster 28th January, 2014). What the generation needed at that time was innovation, what it seemed to be getting was games that most gamers had already played.

The Elder Scrolls series receives a lot of well deserved praise. Bethesda have consistently proven themselves masters of the open world WRPG, revelling in giving players unprecedented freedom to explore and create their own stories in expansive fantasy worlds. So it was slightly baffling to me when I heard the pre-E3 murmurs of a potential remaster of the most recent game in the Elder Scroll series: Skyrim. Bethesda confirmed these rumours at their E3 showcase, and as the crowd cheered and the Internet poured itself a virtual horn of mead from the digital celebratory flagon, I started to feel like I was going mad. Why in the name of all things holy would you remaster the most recent title in the series, which thousands of people are still playing and happily modding as we speak? Why not remaster Morrowind or Oblivion for the love of Christmas? I’m not saying Skyrim is a bad game (it’s actually fantastic), but it makes zero sense to remaster it instead of the older Elder Scrolls games. My only guess is that it’s for console players that can’t use PC mods to pretty up the graphics on the current version, or the fact that being the most recent title makes it easier to remaster and turn into a money-printing device (Skyrim is just under five years old whereas Oblivion and Morrowind are ten and fourteen years old respectively). Perhaps I’m wrong, but I think if you quizzed any Elder Scrolls fan, a Skyrim remaster would be as close to the top of their wish list as more horse armour DLC.

Many consider RE4 as not only the best game in the iconic series, but a classic in its own right. It represents the high water mark for a franchise that more recently has moved towards action over survival horror (although RE7 looks to change all that).  Capcom have outwardly stated that one of the key focuses of their business strategy includes remastering everything but the kitchen sink, and there’s no title in their RE backlog (be it a spinoff or numbered entry) that they aren’t willing to dust off and rerelease. Releasing in March 2005 as a GameCube exclusive, the game was quickly ported to the PS2.  In 2011, it was remastered in HD for the PS3/Xbox 360 generation (as well as for PC as the ridiculously named RE4 Ultimate HD Edition). Now we have an announcement that RE4 will be remastered yet again for current-gen, which effectively makes it a re-remaster. I love the game, but does it really have to appear every generation of consoles? DYEGB’s Chief Bro Zach Jackson would say definitely, but then again he would buy a stick that was vaguely shaped like Leon Kennedy with Resident Evil written on it if Capcom released it. Any time spent on a re-remaster of RE4 is time wasted not bringing back Onimusha or Dino Crisis.

B:TS was largely panned by critics, receiving middling scores more or less across the board. A PS exclusive that released towards the end of the PS3 generation in November 2013, the game looked the part and had some big name actors (Willem Dafoe and Ellen Page) and impressive motion capture tech, but it felt fairly passive in the gameplay department and some found the non-chronological storytelling to be a bit discombobulating. I actually quite enjoyed the game when it released, and was surprised to find myself reviewing its PS4 remaster just over two years later. Here’s what I had to say:

‘…where good remasters will feature vast visual upgrades and gameplay additions that might make the purchase worthwhile for those who have already experienced the game, the B:TS remaster contains few meaningful additions and feels more or less like the exact same flawed yet enjoyable experience I had two years ago.’

I can’t say I know exactly who the B:TS remaster was for, but it came off as a low effort cash grab (although to be honest I can’t imagine it sold too strongly).

Agree? Disagree? Light up that comment section or leave me a passive-aggressive Post-It note. If you’re not ready for this info now, wait a year or so and this article is sure to be remastered and rereleased.

In this article:Beyond: Two Souls, re-remasters, RE4, remakes, remasters, The Last of Us, Tomb Raider, Zach Jackson loves Leon Kennedy